MILWAUKEE (July 30, 2018) – Matt Cogar proved he’s one of the best lumberjack athletes of all time. Cogar won the 2018 STIHL TIMBERSPORTS® U.S. Pro Championship in front of thousands of raucous Wisconsin fans and became the only American athlete to ever win six straight U.S. titles. His victory also gives him the honor of representing the U.S. at the 2018 STIHL TIMBERSPORTS® Individual World Championship in October in Liverpool, England.

This year STIHL TIMBERSPORTS® made history by having the American women compete on the same stage as the men. Erin LaVoie outlasted an incredibly talented field of female athletes to win the Women’s Division Championship. This was the second year of the Women’s Division.

The future of the sport was on display as the best collegiate athletes competed for the Collegiate Championship. Rainer Shooter of the University of Wisconsin-Stevens Point not only won the Collegiate Championship, but will also represent the U.S. in the Rookie World Championship abroad in 2019, and will be a member of the Team USA relay team in October. He’ll join professionals Cogar, Matt Slingerland, Jason Lentz, Walt Page and Adam LaSalle on Team USA. 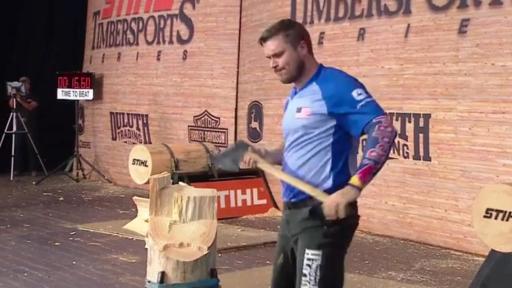 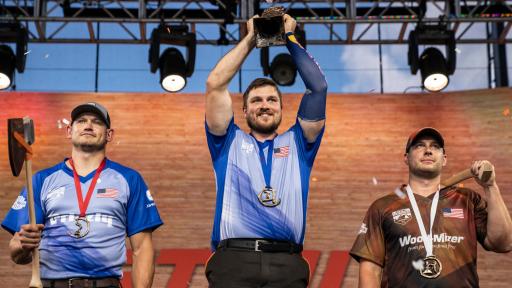 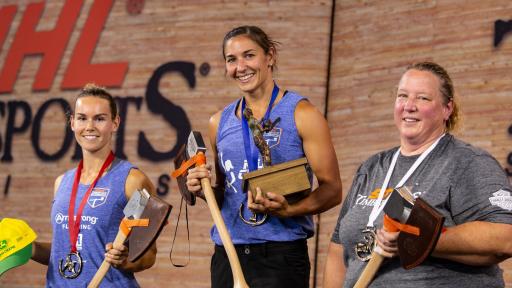 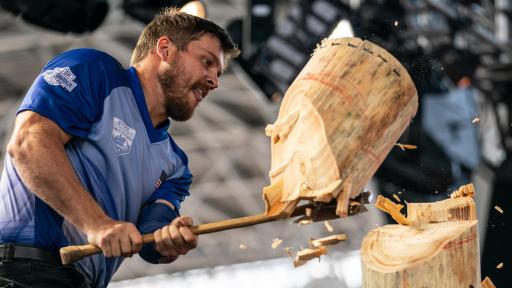 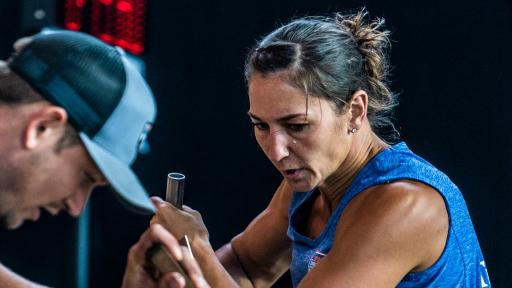 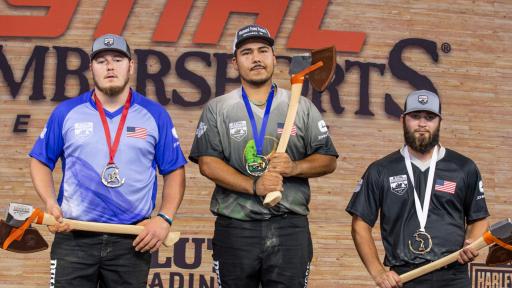 Watch the Championships on ABC Tweets by Timbersports

“It’s never easy winning these. The athletes up here are the best lumberjack athletes in the country,” said Cogar. “I’m honored to compete alongside them, and I feel blessed to have won this.”

Cogar, who is a Red Bull sponsored athlete, is from Diana, WV and comes from a long line of lumberjack athletes.

This year marked a new format for the U.S. Championship:

Cogar was near the leaderboard throughout the day, but trailed Slingerland going into the final event. Cogar was lightning fast in the hot saw, finishing in 5.69 seconds. The score was good enough for second in the event, and led to a Championship win. Lentz finished second at the Championship, and Slingerland finished in third.

LaVoie earned the Women’s Division title after a wire-tight competition. She jostled at the top of the standings with Martha King and Nancy Zalewski all afternoon, but won the final discipline of the day – the single buck – to earn the title. King finished in second place and Zalewski finished in third.

“What an amazing weekend watching the best lumberjack athletes in the country compete,” said STIHL Corporate Communications Manager Roger Phelps. “The crowds were fantastic and we have three great champions.”

For the second year in a row, the U.S. Championships took place at German Fest Milwaukee. Thousands of fans packed the BMO Harris Pavilion from July 27 to 29. The venue and the city of Milwaukee have fully embraced the sport.

The STIHL TIMBERSPORTS® Series is sponsored by Harley-Davidson, John Deere and Duluth Trading Company. The U.S. Professional Championships will air on ABC on Sept. 30, Oct. 7 and Oct. 14. Fans can follow the Series through Facebook, Twitter, Instagram and YouTube, and visit STIHLTIMBERSPORTS.com for the full results.