Harry Potter™: The Exhibition Opens This Saturday at the Pavilion of Portugal

Tickets are on sale at www.harrypotterexhibition.pt

LISBON, 15 November 2019 -- This Saturday, 16 November 2019, Harry Potter: The Exhibition debuts in Lisbon, at the Pavilion of Portugal. Actors James and Oliver Phelps, who played Fred and George Weasley, and Miraphora Mina and Eduardo Lima, responsible for the graphic design in the Harry Potter film series, will bring their magical wit, charm and artistry to Lisbon to celebrate the grand opening.

In partnership with Warner Bros. Consumer Products, GES Events created the 1,500-square-meter experiential exhibition, where visitors can enjoy dramatic displays inspired by the HogwartsTM film sets and see the amazing craftsmanship behind authentic costumes, props and creatures from the films. Everything Is New, Sold Out, Encore and Fimalac are partnering with GES Events to present the exhibition in Lisbon. 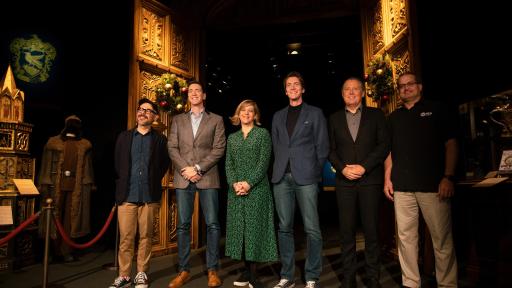 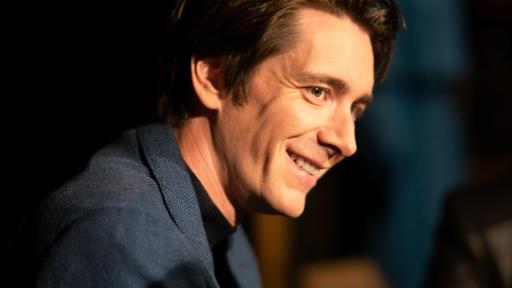 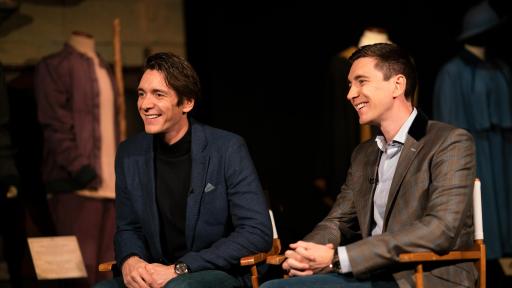 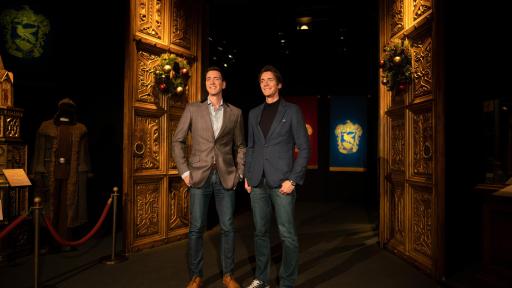 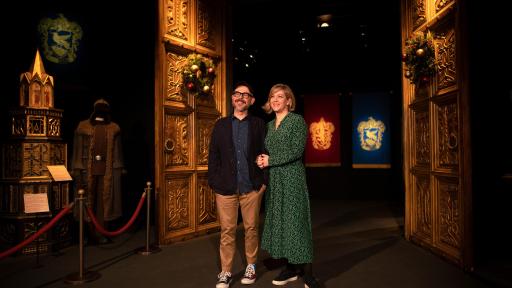 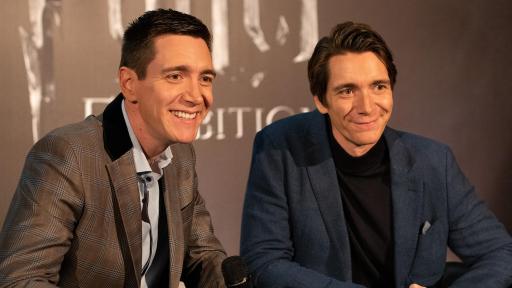 Harry Potter: The Exhibition debuts in Lisbon this Saturday 16 November at the Pavilion of Portugal #harrypotter #harrypotterexpolisboa Tweet

Since its highly successful premiere at the Museum of Science and Industry in Chicago in 2009, the exhibition has been presented in a variety of major cultural and entertainment institutions and museums in cities around the world and has welcomed more than 6 million visitors. Locations included Chicago, Boston, Toronto, Seattle, New York, Sydney, Singapore, Tokyo, Edmonton, Sweden, Cologne, Paris, Shanghai, Brussels, Madrid, Amsterdam, Milan, Berlin and Valência.

From the moment guests enter Harry Potter: The Exhibition they are immediately drawn into the world of the films. Guests are greeted by an exhibition host who sorts several lucky fans into one of the Hogwarts houses and then leads them into the exhibition where their journey to their favorite scenes begins. The exhibition features settings from the film’s most popular locations—including the GryffindorTM common room and dormitory; classrooms like Potions and Herbology; and the Forbidden Forest—which are filled with thousands of authentic props, costumes, and creatures used in the filming of the iconic series.

The exhibition in Lisbon will be open from November 16 to April 8. Timed-entry tickets are required, and the last entry will be one hour and a half before the closing of the exhibition. Tickets to the exhibition are on sale at www.harrypotterexhibition.pt. Please check the website for opening dates and hours.

An exclusive audio tour is also available, providing behind-the-scenes insight into the making of the Harry Potter films, with commentary from the producers, prop designers, costume designers and creature designers.

About Wizarding World:
More than two decades ago, a young Harry Potter was whisked onto Platform 9 ¾ at King’s Cross Station, and readers everywhere were swept along with him into a magical universe, created by J.K. Rowling. In the years since, the seven Harry Potter bestsellers have inspired eight blockbuster movies, an award-winning stage play, and, more recently, the start of the Fantastic Beasts five-film series. People of all ages have been enthralled by these extraordinary adventures, set within an expanding universe, inspired by the vision of J.K. Rowling.

For today’s growing worldwide fan community, and for generations to come, the Wizarding World welcomes everyone to explore more of this magical universe — past, present and future. The Wizarding World also provides fans with an instant, trusted kite-mark of quality and authenticity.

About Encore
Encore was created in 1987 by Pascal Bernardin and has since been a major player of the live entertainment business in France, presenting rock and pop artists (The Rolling Stones, Prince, Supertramp), family and Irish shows (Walking with Dinosaurs, Batman Live, Riverdance, Lord of the Dance) and musicals (Mamma Mia!, Bagdad Café the Musical). Since 2008, Encore has developed the “edutainment” genre in France through different exhibitions: Our Body The Universe Within in 2008 and 2009, Days of the Dinosaur in 2010 and 2011, Tutankhamon / His Tomb and His Treasures in 2012, Titanic The Exhibition in 2013, and Ice Age Exhibition in 2014. In 2015, Encore has presented Violetta Live, the live version of the famous South American telenovela selling over 260,000 tickets in France. In 2016, Encore presented Harry Potter: The Exhibition in Brussels in partnership with Firestarter and in 2017/2018 at IFEMA in Madrid, in partnership with Sold Out. In 2018, Encore presented Harry Potter: The Exhibition, in partnership with Sold Out and Di and Gi, at Fabbrica del Vapore in Milano. Today, in partnership with Everything is New, Encore is proud to be part of the new Harry Potter adventure at Pavilion of Portugal. www.encore-expo.fr

About Everything is New
Since 2007, Everything is New, has been responsible for some of the most important shows in Portugal. Names like AC/DC, Adele, Beyoncé, Bon Jovi, Coldplay, Ed Sheeran, Leonard Cohen, Jennifer Lopez, Madonna, Muse, One Direction, and shows like Violetta and Cirque du Soleil, have attracted thousands of spectators to Portuguese venues.

Everything is New is also responsible for NOS Alive, which this year celebrates its 14th edition. Also in the festival market, EIN launched in 2011 the first edition of the Fado Madrid Festival, which aimed to internationalize Fado. Today the festival has editions in Madrid, Seville, Barcelona, ​​Bogota, Buenos Aires, Santiago de Chile, Quito, Lima, Rio de Janeiro, Sao Paulo, Marrakech and Rabat. In 2013 Everything Is New launched itself in the business of exhibitions. In the same year, it held the exhibition “Joana Vasconcelos at the Ajuda National Palace” the most seen temporary exhibition in Portugal with 235,000 visitors. In 2014, Everything Is New brought to Portugal two more successful exhibitions, “The Nordic Landscape of the Prado Museum” and “OS SABOIAS. Kings and Maecenas, Turin (1730-1750)". In 2019 it held "Banksy Genius or Vandal" at Cordoaria Nacional.

About GES Events
GES Events is part of GES, a Viad Corp (NYSE: VVI) company, and a global, full-service provider for live events, producing corporate events, exhibitions, conferences, congresses, exhibits and entertainment experiences. GES provides a wide range of services, including cutting-edge creative and design, audio visual, marketing and measurement services, and event registration services – all with an unrivaled global reach. GES partners with leading shows and brands, including Warner Bros. Consumer Products and MAGIC. GES’ National Servicenter® has been recognized with certification under the J.D. Power Certified Contact Center Program℠ for the past 11 years, and for the 10th year in a row, Ad Age has named GES as one of the Nation’s Largest Experiential/Event Marketing Agency Networks. For more information visit
https://www.ges.com/experiential-marketing.

About Warner Bros. Consumer Products
Warner Bros. Consumer Products (WBCP), a Warner Bros. Entertainment Company, extends the Studio’s powerful portfolio of entertainment brands and franchises into the lives of fans around the world. WBCP partners with best-in-class licensees globally on an award-winning range of toys, fashion, home décor, and publishing inspired by franchises and properties such as DC, J.K. Rowling’s Wizarding World, Looney Tunes and Hanna-Barbera. The division’s successful global themed entertainment business includes groundbreaking experiences such as The Wizarding World of Harry Potter and Warner Bros. World Abu Dhabi. With innovative global licensing and merchandising programs, retail initiatives, promotional partnerships and themed experiences, WBCP is one of the leading licensing and retail merchandising organizations in the world.

TICKETS ON SALE AT WWW.HARRYPOTTEREXHIBITION.PT

Pavilion of Portugal from 16 November to 8 April