Whisky Brand Dials Up Giving Efforts with Goal to Distribute 1 Million Essential Care Packages to Those in Need by 2020, in Partnership with Packages From Home

Nov. 1, 2018 (NASHVILLE, Tenn.) – For nearly a decade, Crown Royal has shipped its iconic purple bags filled with essentials to service members overseas. This year, the brand will expand its efforts with The Crown Royal Purple Bag Project, the brand's largest generosity commitment, inspiring people to give generously one bag at a time. Crown Royal is joining forces with country music superstar Thomas Rhett to distribute 1 million care packages to active duty service members and those affected by natural disasters by 2020.

“I am so grateful for the sacrifices our service men and women make each day for our country, so it’s an absolute honor to do what we can to help give back to them,” Thomas Rhett shared. “I’m so thrilled to team up with Crown Royal for The Purple Bag Project to help meet some of these essential needs."

“People have always done more with our iconic purple bags. The Crown Royal Purple Bag Project is all about helping facilitate the afterlife of the bag in a greater, more purposeful way. At Crown Royal, we are all about inspiring generosity and reminding people it’s not what you have but what you give and how you give it,” said Sophie Kelly, Senior Vice President of North American Whisk(e)ys at Diageo. 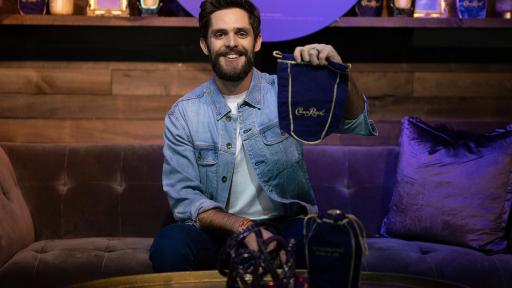 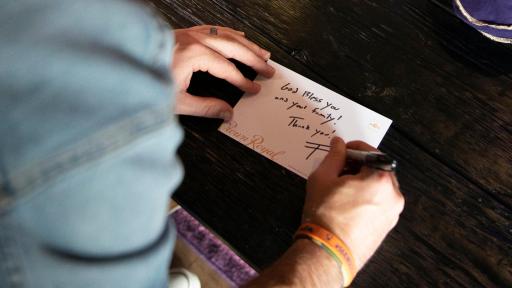 As part of the Crown Royal "Live Generously and Life Will Treat You Royally" platform, the brand is set to launch The Purple Bag Project during the most giving time of year. This holiday season will be crowned purple with a series of moments to help Crown Royal achieve their goal. Most notably, in partnership with the Country Music Association (CMA) and leading up to “The 52nd Annual CMA Awards,” airing Wednesday, November 14 on the ABC Television Network, Crown Royal will host the ultimate volunteer takeover in downtown Nashville at the Bridgestone Arena Plaza on Tuesday, November 13, with the goal to pack iconic purple bags for active service members overseas leading into the holiday season.

To achieve its goal, Crown Royal will continue and enhance its long-standing partnership with Packages From Home, a 501(c)(3) non-profit organization dedicated to serving U.S. troops overseas and homeless or at-risk veterans by providing them with requested morale-boosting care packages. All care packages will include handwritten notes, food and personal care items. In addition, Crown Royal has taken an active approach serving local communities affected by natural disasters. Through monetary and purple bag donations, Crown Royal has facilitated support in California, Florida and Texas in light of recent events.

Those of legal drinking age can participate in The Crown Royal Purple Bag Project through a variety of ways such as packing a bag virtually, donating bags in-store, attending Crown Royal Generosity Hours at local bars and participating in packing events at professional football stadiums across the country. Thomas Rhett is also encouraging his fans to get involved in The Crown Royal Purple Bag Project through a random drawing sweepstakes with fundraising platform Omaze. The sweepstakes will launch later this month and offer those who enter the chance to win the opportunity to meet and pack bags with Thomas Rhett backstage at one of his upcoming concerts. Restrictions apply.*

Crown Royal wants to remind adults of legal drinking age everywhere that living generously is not about what you have, but rather about what you give. And, most importantly, to please always drink responsibly.

*NO DONATION NECESSARY. A DONATION WILL NOT IMPROVE ONE’S CHANCES OF WINNING. Sweepstakes ends January 31, 2019. Alcohol is not part of the prize. Subject to Official Rules.

About Crown Royal
Crown Royal Canadian Whisky is the number-one selling Canadian whisky brand in the world and has a tradition as long and distinctive as its taste. Specially blended to commemorate a grand tour of Canada made by King George VI and Queen Elizabeth of Great Britain in 1939, Crown Royal's smooth, elegant flavor and gift-worthy presentation reflect its regal origins – it is considered the epitome of Canadian whisky.  For more information, visit www.crownroyal.com. Crown Royal encourages all consumers to please enjoy responsibly.

About Diageo
Diageo is a global leader in beverage alcohol with an outstanding collection of brands including Johnnie Walker, Crown Royal, Bulleit and Buchanan's whiskies, Smirnoff, Cîroc and Ketel One vodkas, Captain Morgan, Baileys, Don Julio, Tanqueray and Guinness. Diageo is listed on both the New York Stock Exchange (DEO) and the London Stock Exchange (DGE) and our products are sold in more than 180 countries around the world. For more information about Diageo, our people, our brands, and performance, visit us at www.diageo.com. Visit Diageo's global responsible drinking resource, www.DRINKiQ.com, for information, initiatives and ways to share best practice. Follow us on Twitter for news and information about Diageo North America: @Diageo_NA. Celebrating life, every day, everywhere.

About Packages From Home
Packages From Home is a 501(c)(3) non-profit organization, founded by an Army mom after she realized that her son was the only soldier in his unit receiving care packages and letters from home. Today, Packages From Home serves Active Duty U.S. military members from all branches who are stationed or deployed overseas, as well as homeless, transitioning, and at-risk veterans by providing them with requested food, hygiene, and entertainment items to boost morale and quality of life. Since 2004, Packages From Home has shipped more than 115,000 care packages and 282,000 lbs. of bulk supplies overseas, provided more than 66,000 lbs. of food and personal care items to homeless veterans, and served over 575,000 individual servicemembers.

About Thomas Rhett
Thomas Rhett’s PLATINUM-certified third album LIFE CHANGES (The Valory Music Co.) is the biggest, boldest-sounding record of his career, filled with a diverse batch of songs as he stretches his sound to new limits. Emphasizing his “detailed style of songwriting” (Rolling Stone), LIFE CHANGES was an instant hit upon its release, debuting at No. One on the all-genre Billboard 200 chart, marking the first Country release to take the top spot last year. It also drew a 2018 GRAMMY nomination for Best Country Album and has been streamed more than 944 million times, delivering a slew of RIAA-certified PLATINUM and GOLD chart-toppers, bringing Thomas Rhett’s No. one tally to 11. Thomas Rhett was named iHeartRadio’s Country Artist of the Year for the second year in a row, following a CMA Triple Play award for penning three No. One songs within a 12-month period (“Die A Happy Man,” “Star of the Show” and Michael Ray’s “Think A Little Less”), adding to his collection of trophies from the Country Music Association, Academy of Country Music, Billboard Music Awards, CMT Music Awards and more. He is currently nominated for three CMA Awards including Male Vocalist of the Year, Album of the Year for LIFE CHANGES and Music Video of the Year for “Marry Me.” For additional information visit thomasrhett.com.

About CMA Awards
The first “CMA Awards Banquet and Show” was held in 1967. The following year, the CMA Awards was broadcast for the first time – making it the longest running, annual music awards program on network television. The CMA Awards have aired on ABC since 2006. ABC is the network home of the CMA Awards and CMA’s other two television properties, “CMA Fest” and “CMA Country Christmas.”