PURCHASE, N.Y. (July 1, 2019) – This summer, Brisk, the iced tea known for its powerhouse flavors and blockbuster match-ups, is partnering with Universal Pictures for this summer’s release of “Fast & Furious Presents: Hobbs & Shaw” (in theaters Aug. 2), starring Dwayne Johnson and Jason Statham. Inspired by the film’s bold style, talent and storytelling and by Brisk’s mission of supporting young creators, Brisk is bringing the partnership to life with “Cans of Whup Ass,” a one-of-a-kind filmmaking opportunity for an upcoming artist, and activations to engage fans.

Inspired by a line spoken by Dwayne Johnson’s Luke Hobbs in the film’s trailer, Brisk has made his “ice-cold can of whup ass” an ice-cold, iced-tea reality. To bring the can’s story to life, Brisk called on aspiring filmmakers to design and develop a digital ad to debut Brisk’s “Cans of Whup Ass.” The winning ad, from creator Evans Alexandre, was selected out of multiple entries from young creators. The ad, which can be viewed here, is set within the “Hobbs & Shaw” universe, and stars WWE Superstar and actor Roman Reigns (Joe Anoa’i), who plays Mateo, one of Hobbs’ brothers, in the film. In addition, Alexandre received a once-in-a-lifetime summer mentorship with “Hobbs & Shaw” director David Leitch and will also receive a Brisk grant to further fuel his creative pursuits.

Brisk is awarding lucky instant winners with Fandango movie tickets and other great prizes! No purchase necessary. Must be 18  Tweet

Read More
Brisk | Hobbs & Shaw | How Do You Open A Can of Whup Ass? 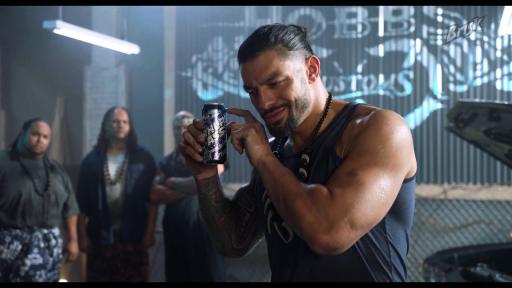 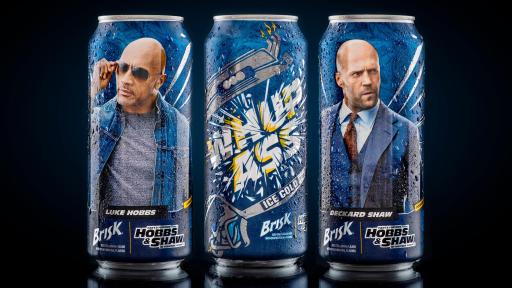 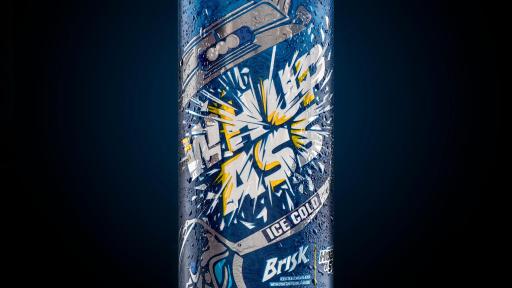 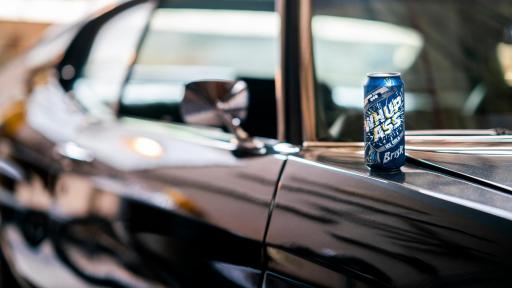 Evans Alexandre & Roman Reigns on set of “How Do You Open A Can of Whup Ass?” 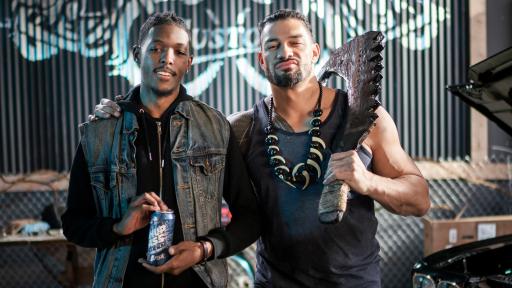 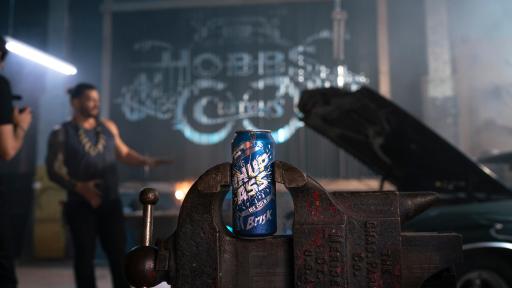 New custom-designed Brisk Iced Tea labels on set of “How Do You Open A Can of Whup Ass?” 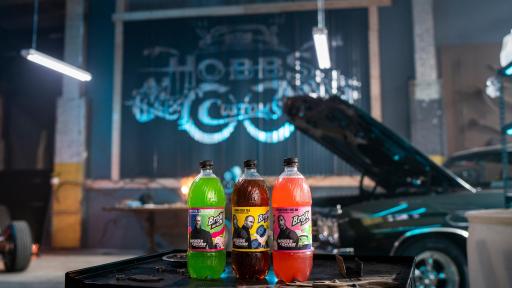 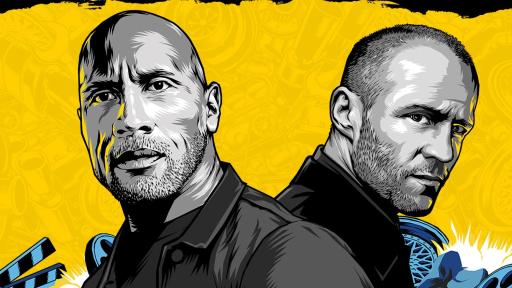 “At Brisk we’re devoted to finding bold, imaginative and exciting ways to connect with our fans’ passions and creative drive, which is why we’re excited about our partnership with Universal Pictures and ‘Fast & Furious Presents: Hobbs & Shaw,’” shared Katrina McDonald Senior Director, Pepsi Lipton Joint Venture Brands. “The collaboration presented the perfect platform to support the young creative community; we’re so inspired by Evans’ vision and artistic ability to bring the ad concept for ‘Cans of Whup Ass’ to life in a way that perfectly embodies the boldness of both the brand and film.”

The specially made “Cans of Whup Ass” will be available for consumers through sweepstakes, on Brisk social media, at ComplexCon in Chicago, and at select retail activations and early screenings of “Fast & Furious Presents: Hobbs & Shaw” throughout the country this summer. To find out more, fans can visit www.BriskHobbsandShaw.com and follow Brisk on social @Brisk. By texting “BRISK” to 797979, fans can also check out exclusive content from some of the creators behind “Hobbs and Shaw” and enter to win tickets to the new film, which opens nationwide August 2.

In addition, now through August 10, fans can find three new custom-designed Brisk Iced Tea labels at retailers nationwide. The labels are inspired by the film and its stars, Johnson and Statham, and will feature on 1L Brisk bottles of Lemon, Strawberry Melon and Watermelon Lemonade, as well on 2L bottles, 12oz. 12-packs and 16.9oz. six-packs of Brisk Lemon.

About PepsiCo
PepsiCo products are enjoyed by consumers more than one billion times a day in more than 200 countries and territories around the world. PepsiCo generated more than $64 billion in net revenue in 2018, driven by a complementary food and beverage portfolio that includes Frito-Lay, Gatorade, Pepsi-Cola, Quaker and Tropicana. PepsiCo's product portfolio includes a wide range of enjoyable foods and beverages, including 22 brands that generate more than $1 billion each in estimated annual retail sales.

Guiding PepsiCo is our vision to Be the Global Leader in Convenient Foods and Beverages by Winning with Purpose. "Winning with Purpose" reflects our ambition to win sustainably in the marketplace and embed purpose into all aspects of the business. For more information, visit www.pepsico.com.

The USLP creates value by driving growth and trust, eliminating costs and reducing risks. The company's sustainable living brands are growing 50% faster than the rest of the business and delivered more than 60% of the company's growth in 2016.
Unilever was ranked number one in its sector in the 2016 Dow Jones Sustainability Index. In the FTSE4Good Index, it achieved the highest environmental score of 5. It led the list of Global Corporate Sustainability Leaders in the 2017 GlobeScan/SustainAbility annual survey for the seventh year running. Unilever has pledged to become carbon positive in its operations by 2030. For more information on Unilever U.S. and its brands visit: www.unileverusa.com.

To learn more about taking small actions that can make a big difference, visit https://brightfuture.unilever.us/

Ever since hulking lawman Hobbs (Johnson), a loyal agent of America's Diplomatic Security Service, and lawless outcast Shaw (Statham), a former British military elite operative, first faced off in 2015’s Furious 7, the duo have swapped smack talk and body blows as they’ve tried to take each other down.

But when cyber-genetically enhanced anarchist Brixton (Idris Elba) gains control of an insidious bio-threat that could alter humanity forever — and bests a brilliant and fearless rogue MI6 agent (The Crown’s Vanessa Kirby), who just happens to be Shaw’s sister — these two sworn enemies will have to partner up to bring down the only guy who might be badder than themselves.

Hobbs & Shaw blasts open a new door in the Fast universe as it hurtles action across the globe, from Los Angeles to London and from the toxic wasteland of Chernobyl to the lush beauty of Samoa.