Event and Exclusive Flavor to “Bounce Up” New Orleans

New Orleans, LA – July 6th, 2019 – Ben & Jerry’s has created a limited run of Big Freedia’s Bouncing Beignets to honor the Queen of Bounce and her on-going support of local New Orleans non-profits; No Kid Hungry, Upturn Arts and Liberty’s Kitchen. The ice cream flavor was first concocted by Big Freedia herself via Instagram and was served today at Republic, one of Big Freedia’s favorite NOLA hotspots.

“My team and I created our own flavor with a mock Ben & Jerry’s pint and posted it on my Instagram. We tagged Ben & Jerry’s, hoping they would see it. They did and the rest is history,” said Big Freedia of how the partnership came to life. 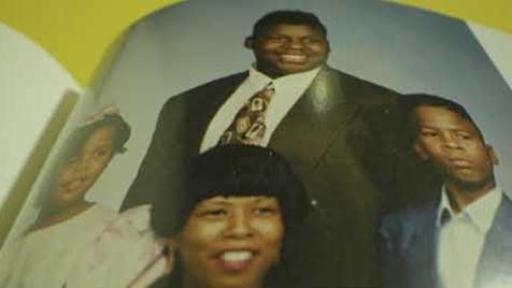 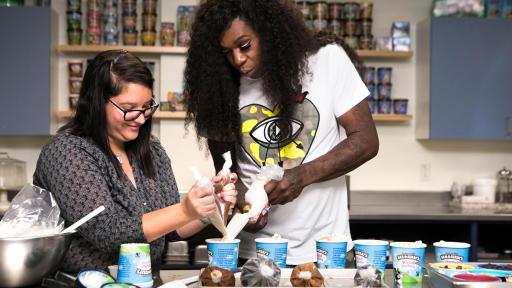 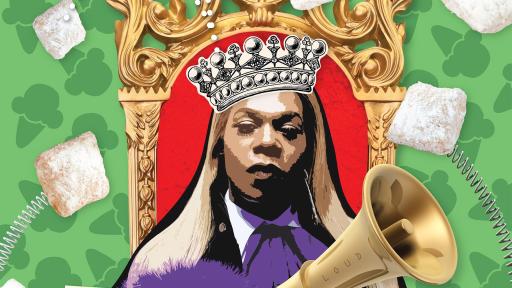 You already know! Today we teamed up with Big Freedia to dish out Bouncing Beignets for a limited time in #NOLA 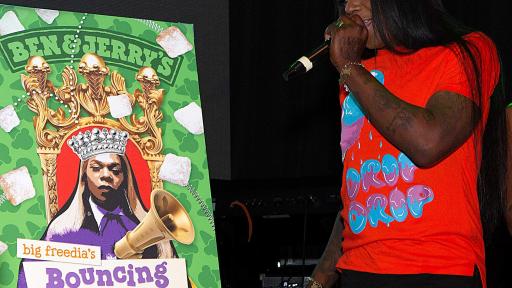 Bouncing Beignets is a vanilla ice cream with a bourbon caramel swirl and was served with beignets. 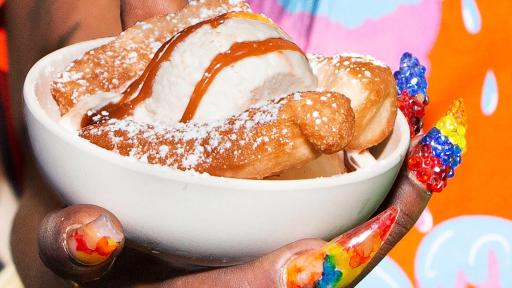 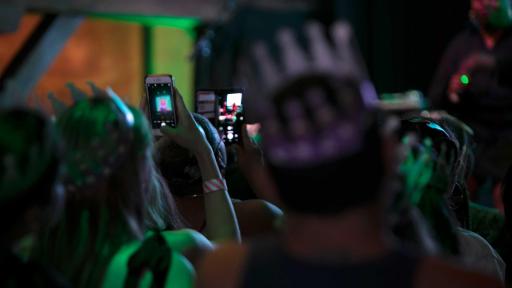 Ben & Jerry’s scooped up sundaes made with Bouncing Beignets, a vanilla ice cream with a bourbon caramel swirl, served atop a fresh beignet. The ice cream was available exclusively at the partnership kick-off party. While fans dug in, they learned more about No Kid Hungry, Upturn Arts and Liberty’s Kitchen, plus got a first listen to Big Freedia’s newest song “Chasing Rainbows” (to be released in August), and learned more about how Ben & Jerry’s and Big Freedia are working together to create change in their communities. Big Freedia also took part in a Q&A discussion directed by Simone Washington, Ben & Jerry’s Social Equity Manager.

“This is so exciting for me!” Big Freedia said at the event. “Food is my second love (after music), and to create an ice cream flavor of my own was so much fun.” She added that Ben & Jerry’s was one of the first major brands that she remembers to promote social activism and inclusion.

“The partnership is a very exciting fit,” said Washington, Ben & Jerry’s team member and Louisiana native. “Big Freedia really focuses on inclusion and bringing people together. Plus, she has a long history of giving back to her New Orleans community. Big Freedia shares a lot of the same values as we do -- working with her was a no-brainer.”

A taping of the live streamed event can be found here: www.facebook.com/benandjerrysUS

About Ben & Jerry's
As an aspiring social justice company, Ben & Jerry's believes in a greater calling than simply making a profit for selling its goods. The company produces a wide variety of super-premium ice cream, yogurt and sorbet using high-quality ingredients. Ben & Jerry's incorporates its vision of Linked Prosperity into its business practices in a number of ways including a focus on values-led sourcing. In 2015 the company completed its transition to using entirely non-GMO (genetically modified organisms) ingredients by source as well as to fully source Fairtrade-certified ingredients wherever possible, which benefits farmers in developing countries. Ben and Jerry's products are distributed in 35 countries in supermarkets, grocery stores, convenience stores, franchise Ben & Jerry's Scoop Shops, restaurants and other venues. Ben & Jerry's, a Vermont corporation and wholly-owned subsidiary of Unilever, operates its business on a three-part Mission Statement emphasizing product quality, economic reward and a commitment to the community. Ben & Jerry's became a certified B Corp (Benefit Corporation) in 2012. The Ben & Jerry's Foundation's employee-led grant programs totaled $2.7MM in 2018 to support grassroots organizing for social and environmental justice around the country.

About Big Freedia
Born and raised in New Orleans, Big Freedia is known as the cultural ambassador of Bounce music, a call and response style hip-hop with a rapid-fire beat indigenous to New Orleans.

A staple on the New Orleans club scene for over a decade, Big Freedia moved to the national stage after Hurricane Katrina. One of the first residents to return to New Orleans after the disaster, her music was considered one of the uniting forces of the ravaged city. After a series of cult hit singles during the mid 2000’s, Big Freedia was tapped for a reality show, Big Freedia Bounces Back on Fuse TV. The docu-series followed the life of a choirboy turned Bounce rapper and remains the highest rated original series on the network.

Big Freedia has caught the attention of iconic artists. In 2016, she was featured on Beyonce’s Grammy-winning single, “Formation;” in 2018 on Drake's Nice For What.