Find out more at BuzzedDriving.org

Washington, DC, March 5, 2019 — Today, the Ad Council and NHTSA’s Buzzed Driving is Drunk Driving campaign is teaming up with recording artist Hunter Hayes to spread the word that people should be aware of their buzzed “warning signs” to avoid drinking and driving. Every individual has their own personal signs—like taking too many selfies or texting an ex—that indicate that they are impaired and shouldn’t drive.

New PSAs feature Hayes in a relaxed interview setting as he reflects on his personal buzzed warning signs, reiterates the importance of finding a safe way home after drinking, and discusses the meaning behind his songs “One Shot” and “Heartbreak.”

“Just like in my song ‘One Shot,’ once you start drinking you don’t always make the best decisions,” said Hayes. “That’s why I know my buzzed warning signs. When I see one of these signs, I call a car or a friend instead of getting behind the wheel.” 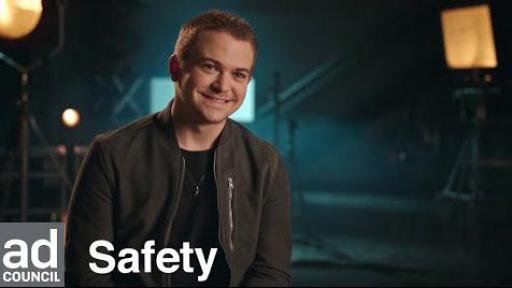 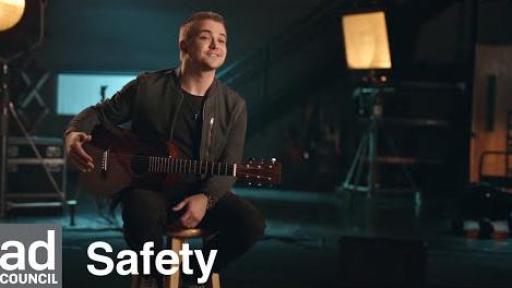 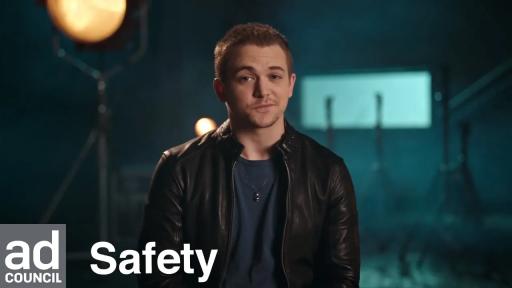 Go to all assets
Listen to Audio:
One Shot :30 | Ad Council

According to the latest traffic data from NHTSA, over 10,000 people in America died in alcohol-impaired driving crashes in 2017. Men were more than four times as likely as women to be the alcohol-impaired driver in a fatal car crash. The national Buzzed Driving is Drunk Driving campaign calls on young men to recognize their buzzed warning signs and make the decision to not drive after drinking.

“Whether or not you’ll drive buzzed is a decision you can only make for yourself—but once you’ve been drinking, your judgment is already impaired,” said Lisa Sherman, President and CEO of the Ad Council. “As a young man himself, Hunter is the ideal person to share this message and remind his fans to plan ahead to avoid driving drunk or buzzed.”

The PSAs were created pro bono by media and creative agency OMD Create, leveraging their model of planning media strategy and developing creative work in tandem, and produced with production companies Hyfn and Rodeo Show. The work was created on behalf of the Ad Council and NHTSA, as the latest in the ongoing series of national PSAs reminding viewers that “buzzed driving is drunk driving” and to call a car, cab or friend for a safe ride home when they spot their own buzzed warning signs.

About Hunter Hayes
Hunter Hayes is a five-time Grammy Award® nominee and multi-genre star who has achieved over 1-billion on-demand career streams globally and three chart-topping singles, including his 5x multi-platinum crossover single “Wanted.” The Louisiana native is the youngest solo male artist to top Billboard’s Hot Country Songs chart in over 40 years. The multi-platinum selling artist recently released his new single “Heartbreak,” from his upcoming third studio album, and the “Closer to You” tour kicks off on April 18 with stops in major markets including Atlanta, Chicago, Los Angeles and more. Follow Hunter Hayes on Facebook, Twitter, Instagram, and Spotify and learn more at http://www.HunterHayes.com

About the Ad Council
The Ad Council brings together the most creative minds in advertising and media to address the most worthy causes. Its innovative, pro bono social good campaigns raise awareness. They inspire action. They save lives. To learn more, visit AdCouncil.org, follow the Ad Council's communities on Facebook and Twitter, and view the creative on YouTube.

About NHTSA
For more than four decades, the National Highway Traffic Safety Administration (NHTSA) has served as the key federal agency charged with improving automobile safety on our nation’s roadways. As part of the U.S. Department of Transportation, NHTSA is working to reduce traffic-related deaths and injuries by promoting the use of safety belts and car seats; helping states and local communities address the threat of distracted, drunk and drug-impaired drivers; regulating safety standards and investigating safety defects in motor vehicles; establishing and enforcing fuel economy standards; conducting research on driver behavior and traffic safety; and providing consumer information on issues ranging from child passenger safety to impaired driving. For more information visit www.nhtsa.gov.