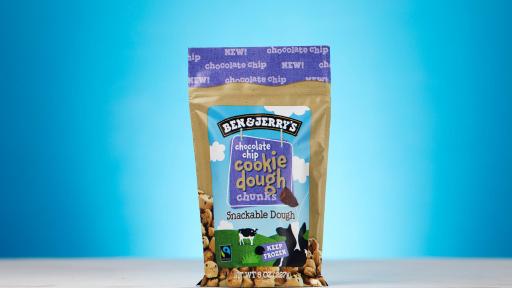 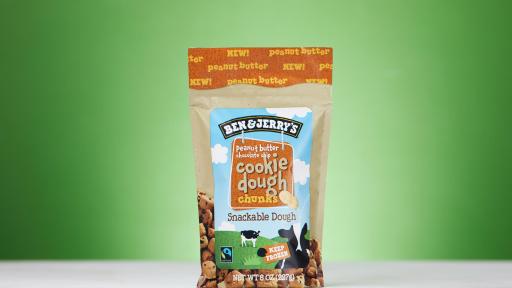 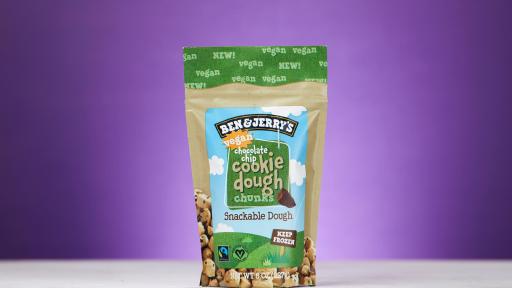 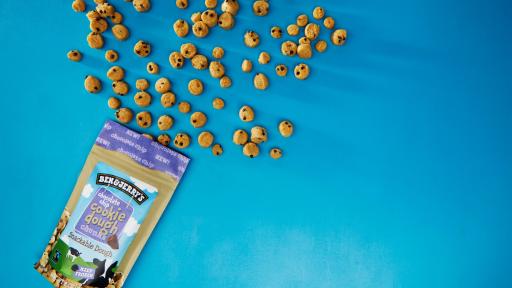 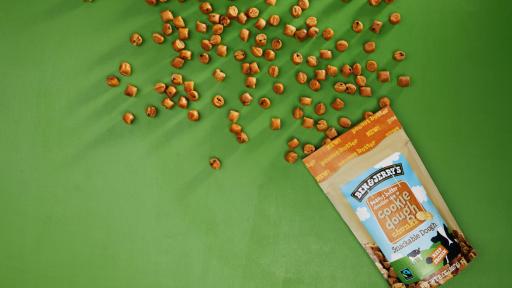 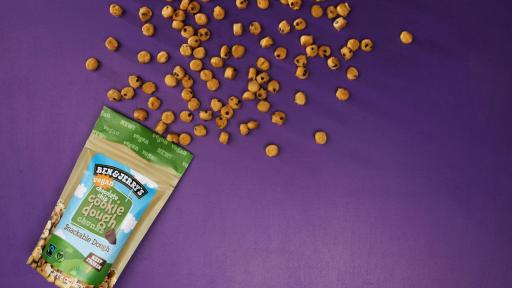 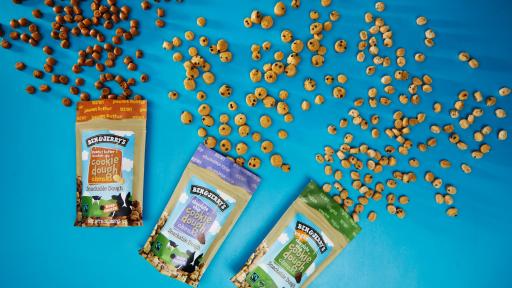 “Fans have been asking for ‘just the chunks’ for a while now,” says Innovation Manager Jody Eley. “During a short market test in Vermont last summer, fans snatched up the dough in record time. Bags flew off the shelves in mere days and stores could not keep the delicious dough bites in stock! Now, Ben & Jerry’s is rollin’ out the dough to fans across the US.” The idea of putting cookie dough into ice cream originated with Ben & Jerry’s back in 1984, and it’s the company’s #1 favorite flavor around the world.

All Cookie Dough Chunks will be available in participating retailers nationwide, participating scoop shops and at store.benjerry.com for an MSRP of $4.99.

To learn more about snackable dough chunks and to find Cookie Dough Chunks near you, visit: https://www.benjerry.com/flavors/snackable-cookie-dough.

About Ben & Jerry’s
As an aspiring social justice company, Ben & Jerry’s believes in a greater calling than simply making a profit for selling its goods. The company produces a wide variety of super-premium ice cream, yogurt and sorbet using high-quality ingredients. Ben & Jerry’s incorporates its vision of Linked Prosperity into its business practices in a number of ways including a focus on values-led sourcing. In 2015 the company completed its transition to using entirely non-GMO (genetically modified organisms) ingredients by source as well as to fully source Fairtrade-certified ingredients wherever possible, which benefits farmers in developing countries. Ben and Jerry’s products are distributed in 35 countries in supermarkets, grocery stores, convenience stores, franchise Ben & Jerry’s Scoop Shops, restaurants and other venues. Ben & Jerry’s, a Vermont corporation and wholly-owned subsidiary of Unilever, operates its business on a three-part Mission Statement emphasizing product quality, economic reward and a commitment to the community. Ben & Jerry’s became a certified B Corp (Benefit Corporation) in 2012. The Ben & Jerry’s Foundation’s employee-led grant programs totaled $2.7MM in 2018 to support grassroots organizing for social and environmental justice around the country.