Accra, Ghana, July 18, 2019–The African Bicycle Contribution Foundation(ABCF), a 501(c)3 organization founded by African Americans in late 2016, today announced the distribution of 85 free bamboo bikes to students from the Ningo-Prampram District, of the Greater Accra Region of Ghana. The event was held, on July 17, at the Achimota Golf Club, in Ghana’s capital city, Accra.

According to ABCF chairman A. Bruce Crawley, the bicycles, manufactured in Kumasi, Ghana, by CEO Bernice Dapaah’s Ghana Bamboo Bikes Initiative(GBBI), bring the ABCF total of bamboo bikes distributed to 500, across the country, since 2016.

The Ningo-Prampram District is located within a 45-minute drive of Accra, and is a predominantly rural(58.3.%) jurisdiction. Of special interest to ABCF, the Ghana Statistical Service has reported that 27 percent of the population has never attended school. 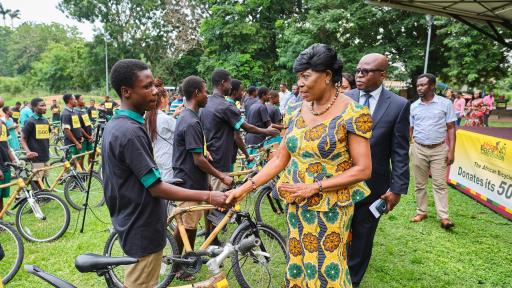 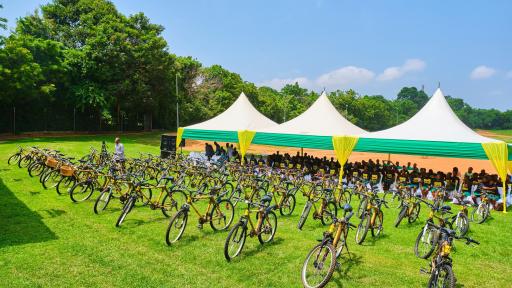 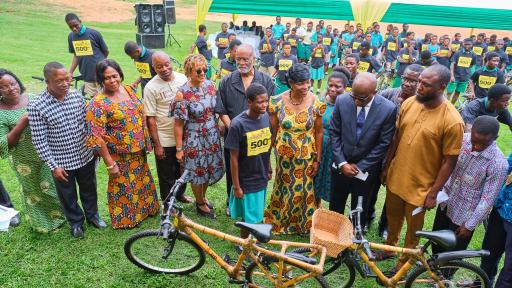 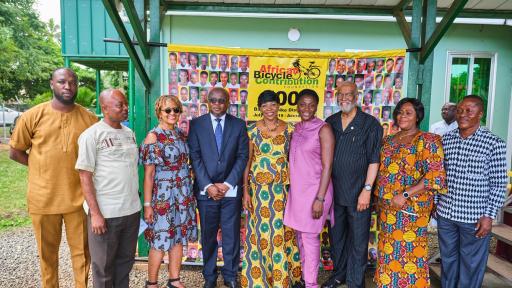 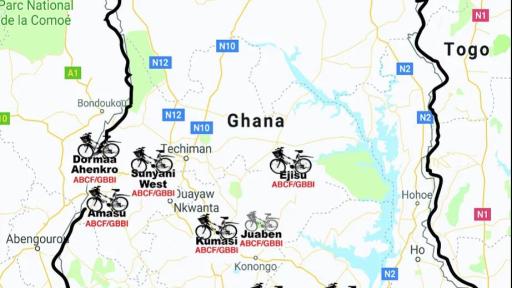 According to the World Bank, children in rural regions of Africa are at 43 percent higher risk than urban children for dropping out of, or never attending, school. Indeed, the Ghana Statistical Service, in 2014, reported that while only 8 percent of Ghana’s urban children had no education, that figure climbs to nearly 25 percent for rural children.

In the “Dropout Issue and Economic Implications: Evidence in Rural Ghana,” poverty and “long distances to school” were found to be major contributors to the school dropout phenomenon, in the country.

According to ABCF Executive Director Patricia Marshall Harris, the foundation believes that access to bicycles in rural Ghana can play a significant role in reducing dropout rates and preparing students for successful future careers.

She added that a World Bike Relief study has cited attendance rate increases from 65 percent to 90 percent for African students, once they have received access to bicycles, for their daily commute. In addition, their school absences were decreased by 27 percent, and their overall commute time was reduced by one-third, with a 66 percent increase in punctuality.