New York, NY (December 20, 2019) – The best way to enjoy a night out…is to stay in. Mexico’s original luxury tequila, Tequila Don Julio, has partnered with Postmates, the leader in delivering nearly anything on-demand, to create limited-edition Tequila Don Julio Party Packs curated by rapper and DJ, Lil Jon. In select markets, Postmates customers, 21 and over, who purchase a bottle of Tequila Don Julio Blanco will also have the option to add on a complimentary Party Pack filled with everything they need to make delicious, simple cocktails at home for New Year’s Eve, National Margarita Day, and Cinco De Mayo, all compliments of Tequila Don Julio and Postmates.

Just when you thought ordering in tacos to eat in your sweatpants couldn’t get any better, the Don Julio Party Packs offer a simple-to-make cocktail to pair with your delicious takeout. You can even host friends at home – they’ll think you did something nice for them. Cocktail contents include the below along with other holiday-themed party favors in each pack:

Read More
Tequila in the Club 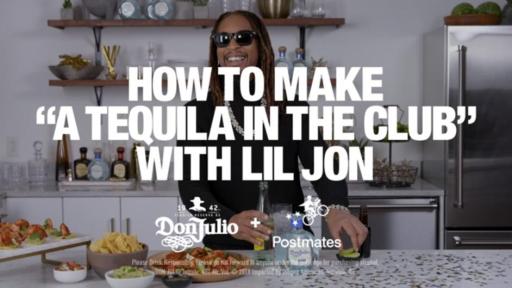 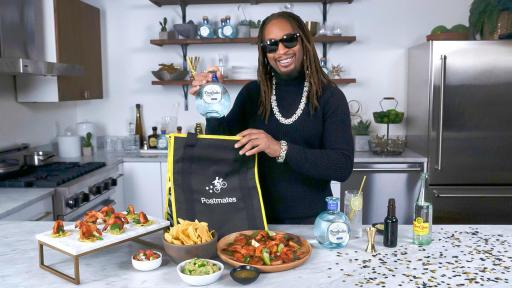 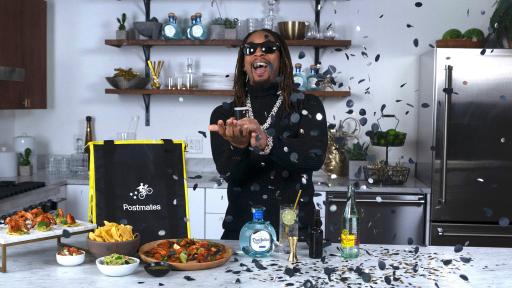 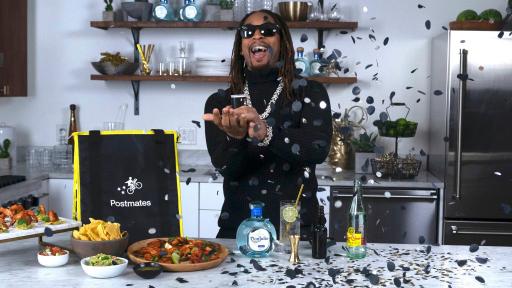 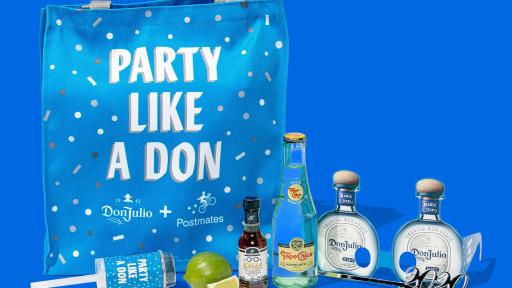 “Here at Don Julio, we love to celebrate! Thanks to partners like Postmates we can stay in and party just as well as if we had gone out. We know that excited feeling when the doorbell rings and your delivery has arrived – so we want to take that to the next level with these Party Packs and show everyone how simple it is to make a great tequila cocktail at home,” noted Christina Choi, Senior Vice President of Tequila at Diageo North America. “As for Lil Jon, we’ve been celebrating with him for well over a decade and while he still rocks the club, even he likes a good night in. Lil Jon, Tequila Don Julio and Postmates… could it really get any better?”

“I’ve been drinking Don Julio for years, but now I’m the Don! While you may think I’m all about shots, I’m actually a pro at making cocktails and now you can be too with my Don Julio Party Pack via Postmates. No party is complete without tequila, but always remember to party responsibly! OK!” commented Lil Jon.

“Postmates makes the year’s biggest moments even bigger and we are incredibly excited to help ring in the new decade with Lil Jon and Tequila Don Julio, delivered straight to your door,” said Brandon Teitel, SVP of Brand Strategy for Postmates.

Watch Lil Jon demonstrate how to create the Tequila in the Club cocktail just in time for New Year’s Eve and stay tuned for upcoming cocktail videos with ya boy, Lil Jon.

A purchase of Tequila Don Julio is not required to receive a complimentary Party Pack but you must be 21 or older to receive and purchase alcohol via Postmates.

About Postmates
Postmates enables you to get anything you want on-demand. Launched in 2011, Postmates led the creation of on-demand delivery in the U.S and has grown to be the #1 platform in Los Angeles, amongst other markets and has the most merchant selection in the country, including hundreds of exclusive LA merchants such as Sugarfish, Salt + Straw, Trejos Tacos and The Coffee Bean and Tea Leaf. The company now operates in more than 4,000 cities across the U.S., provides access to over 500,000 merchants and has recently launched innovative new products including Postmates Party. Postmates is headquartered in San Francisco and has more than 1,000 employees. Learn more: www.postmates.com.

About Lil Jon
For the last decade plus, the words “YEAH,” “OK,” and “WHAT” have been synonymous with multi-platinum, Grammy award winning artist Lil Jon. He has been one of the most prominent figures in music and pop culture alike, performing for hundreds of thousands of fans with Usher & Ludacris, Afrojack, Steve Aoki, Pitbull, TLC (on FOX’s American Idol), Yandel, LMFAO and Sydney Samson just to name a few. In 2014, Lil Jon proved once again he’s a powerhouse artist teaming up with DJ Snake for their smash hit “Turn Down For What,” which created a massive worldwide craze and recently named by Billboard as one of the ‘Songs of The Decade’. His success as a mainstay in the DJ-world is evident with a current residency at Hakkasan Nightclub (MGM Grand) along with Jewel Nightclub at Aria Resort & Casino. Lil Jon’s consistent hitmaking has earned him legions of fans which is evident as Lil Jon has won BMI’s Songwriter of the Year award as well as scored eleven Billboard Awards (for the two hit Usher tracks “Yeah!” and “Lovers and Friends”), a Grammy, a Radio Music Award, a BET award, two MTV Video Music Awards, and an American Music Award.