With songs by Billie Eilish, The Chainsmokers, Lizzo, Post Malone, and more, Harmonix and NCSOFT Will Deliver the Ultimate Music Gaming Experience to Consoles and PC in 2020

ALISO VIEJO, Calif. – Feb. 26, 2019 — NCSOFT and Harmonix Music Systems, the developer of the Rock Band™ video game franchise, will empower players to perform and create sharable mixes for the masses as they play FUSER™, the next evolution of interactive music gaming. The game puts players in control of the music, where they can fuse together elements from hit songs by some of the world’s top artists, including Billie Eilish, The Chainsmokers, Imagine Dragons, Lil Nas X, Lizzo, Migos, Post Malone, and many more. FUSER will release in 2020 for PlayStation®4, Xbox One, Nintendo Switch, and Windows PC. The game’s official website is now live at www.FUSER.com.

Harmonix has been a pioneer of interactive music gaming for nearly 25 years, having created titles like Frequency and Amplitude as well as genre-defining, breakout hits like Rock Band and Dance Central™. With FUSER, Harmonix will once again completely revolutionize the music game genre by providing an immersive music sandbox in which players are challenged to perform and create custom mixes from some of music’s biggest hits – no peripheral required. 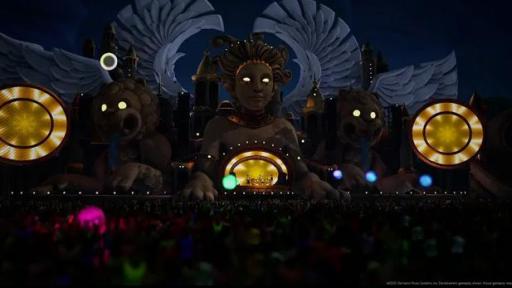 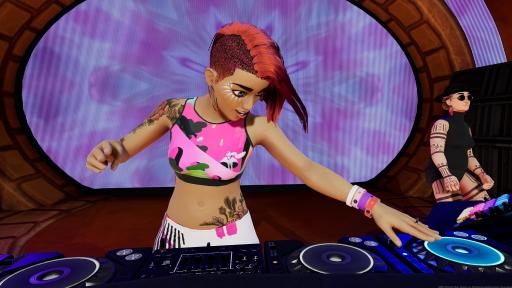 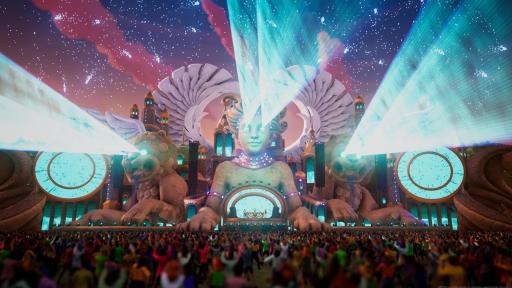 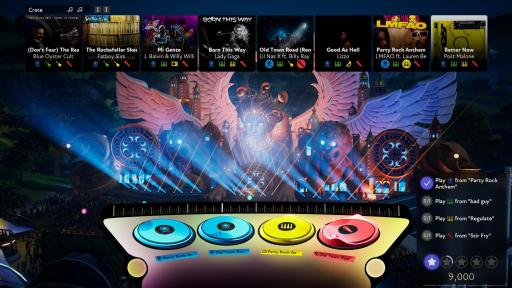 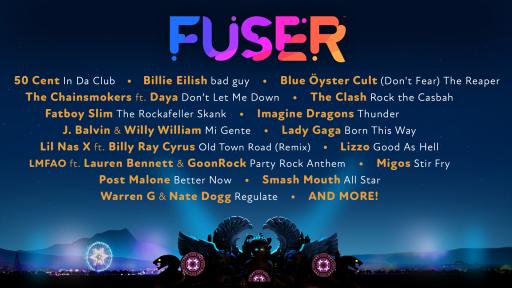 Introducing FUSER, the ultimate convergence of music and gaming, where you play with music and create and share your custom mixes! Developed by @Harmonix and coming to #Xbox #PlayStation #Nintendo #PC #PlayFUSER Tweet

“With FUSER, we are delivering the ultimate music fantasy as a game,” said Steve Janiak, CEO, Harmonix. “Music today is an experience. It’s not just people listening to albums any more – it’s recording and sharing videos of you singing along to your favorite songs, watching your favorite bands play at festivals, and sharing hit music with your friends. FUSER puts players at the center of all that by letting you mix and share some of the biggest hits on your way to becoming a festival headliner.”

Powered by Harmonix’s proprietary technology, FUSER will allow players to seamlessly blend vocals, bass lines, and other instrumentation from a multitude of different music genres and artists to define their own unique sound through seamless, innovative gameplay. Players will also be able to share their creations socially, making their game performances available for watching online.

“When we first saw FUSER, we instantly knew it was something special,” said Dr. Songyee Yoon, CEO, NCSOFT. “It takes the amazing developer pedigree that Harmonix has developed over decades and distills the essence of creating, listening to, and sharing music where every player can be their own star. We can’t wait to see all the creations people will make.”

With more than 100 songs to be included in the game, this is the first partial list of songs available for users to play with; attendees at PAX East in Boston will be the first to try a FUSER demo. The final track listing will feature songs from the world’s top artists in pop, rap/hip-hop, R&B, dance, rock, country, Latin and Caribbean music.

About Harmonix Music Systems, Inc.
Harmonix Music Systems, Inc., based in Boston, MA, and established in 1995, is the leading developer of groundbreaking music-oriented video games. Harmonix was founded to invent new ways for non-musicians to experience the unique joy that comes from making music and has pioneered music and rhythm gaming in the US. For more information, please visit www.harmonixmusic.com.

About NCSOFT
NCSOFT, headquartered in Pangyo, Korea, is the world's premier publisher and developer of massively multiplayer online games, including the critically acclaimed Aion®, Blade & Soul®, Lineage®, and Guild Wars® franchises. NCSOFT West is a division of NCSOFT that holds operating responsibilities for North America, Europe, South America, and Australia/New Zealand. More information can be found at www.ncsoft.com.