The gap in the socio-economic development between countries is only growing, posing a great threat to prosperity, security and stability in the world. The goal of the GIC 2021 conference is to accumulate and disseminate best practices in sustainable development in new communities and institutions. By bringing together conference participants, valuable know-how will be exchanged on the way to a better future.

The Global Impact Conference “Bridging the Gaps”, an international case-based conference, will take place on December 1, 2021, where leading experts working towards achieving the Sustainable Development Goals (UN SDGs) in different countries across the world will meet on one platform.

The event will be held online with the support of a global technological leader ROSATOM, Europe's leading news channel Euronews, UN Global Compact, and VK.com as a digital partner.

More than 40 experts from 30 countries will take part in the conference, including government officials, international organizations, corporations, NGOs, development institutions and local expert communities. A separate portion of the conference is dedicated to youth ESG initiatives.

GIC 2021 will open with a plenary session led by ROSATOM Director General Alexey Likhachev where experts will present and consider the possibilities of the impact of businesses on sustainable development goals. The Director General of the company commented:

It is impossible to solve the challenges of energy transition and environmental issues in the political coordinates in which the world lives today. We need to abandon the primitive understanding of energy transition as just flipping a switch. It is a common cause. It also requires considerable economic calculations and technological models, and an understanding of how many resources will be required to create the necessary energy. At the present moment, it is important for us to draw conclusions and do our homework based on the results of the COP26 summit, as well as take practical steps in a coordinated manner. 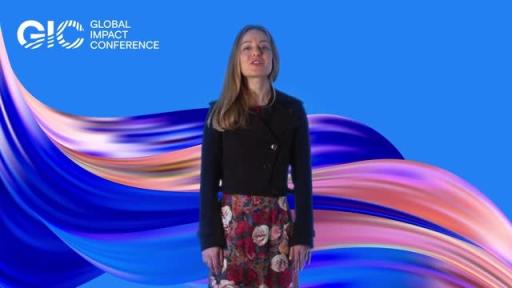 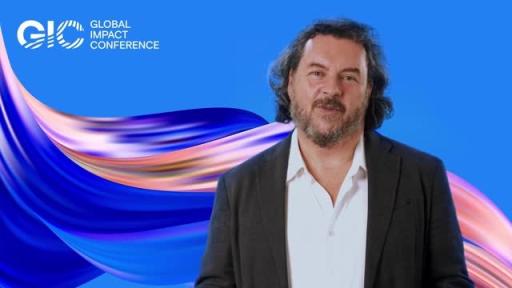 The following will also speak at the conference:

Leslie Dewan (USA), co-founder and CEO of RadiantNano, an innovative company developing next-generation technologies for nuclear reactors. Dewan proposed a plan to drastically reduce carbon dioxide emissions by using molten salt as a refrigerant. Leslie has been named a TIME Magazine “30 People Under 30 Changing the World,” an MIT Technology Review “Innovator Under 35,” and a Forbes “30 Under 30” in the field of energy.

Gerd Leonhard (Germany), founder of The Futures Agency, will speak about new opportunities in urban mobility and technology that are being driven by the COVID-19 pandemic. Wired magazine named him one of the 100 most influential people in Europe and The Wall Street Journal called him “one of the leading media futurists in the world.”

Nora Berra (France), ex-Minister of Health in France. Nora will talk about how she was able to achieve equal access to health services in the provinces of South Africa and the tools available for the development of sustainable and human-centered infrastructure in health care. As Minister, Nora introduced new forms of hospital financing and launched major public health programs that have significantly reduced social inequality.

Sylvain Denoncin (France), President and CEO of Okeenea. Sylvain will talk about a navigation app for the visually impaired which works without a GPS signal. In 2020, the company launched a pilot project in the metro systems in Marseille and New York.

Tülin Akın (Turkey), co-founder of Tabit, a social platform for farmers. Tulin will speak about the popularization of digital technologies in farming and equal access to technology for farmers and other suppliers of agricultural products in order to increase market resilience.

Speakers will present projects that put sustainable development goals into practice and address topics such as climate change, renewable energy and clean technologies, socially transformative investments, the digital divide and gender inequality, universal access to education and clean water and sanitation, and the reduction of poverty and hunger. Within the framework of the program, tools for preserving the planet's biodiversity, concepts of cities of the future, and a program to support overall living standards will be presented. At the end of the conference, a collection of more than 50 successful cases and effective international best practices in the field of sustainable development will be assembled.

To participate in the Global Impact Conference, register here: https://impactconference.global/

About the Global Impact Conference

The Global Impact Conference is an online case-based conference designed to accumulate and disseminate international best practices in the field of sustainable development. It is being held for the second time.

GIC-2020 was held with the strategic support of Rosatom Corporation, the UN and Forbes and it brought together government officials, international organizations, corporations, NGOs and independent experts from around the world, who discussed the role of individuals, teams and organizations in the implementation of projects that advance the realization of the UN Sustainable Development Goals.

Over 80 experts from 26 countries took part in the conference, and its broadcast had more than 35 thousand views.