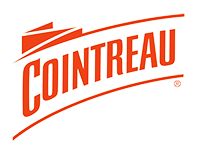 LONDON, 29 October 2015 - Last Tuesday night, Laetitia Casta and La Maison Cointreau announced the launch of the Cointreau Creative Crew in the Pompadour Ballroom at the Hotel Café Royal in London. A worldwide philanthropist programme curated by Creative Director Laetitia Casta, the Cointreau Creative Crew aims to develop women’s freedom and encourage them to make their dreams a reality. Launching for the first time in the UK, this programme will culminate in one entrepreneur being awarded a £20,000 bursary to support their creative project which will be announced in Spring 2016.

“All great women of our time achieved great things because they dreamt, dared, and created. I am Laetitia Casta, and with Cointreau we created the Cointreau Creative Crew to reveal your creativity, in order for you to achieve your dreams.”

In addition guests were invited to experience the Cointreau Creative Crew interactive bar to create bespoke cocktails with a selection of delicious ingredients to choose from. Donna Air was seen enjoying the Head Mixologist table hosted by Alfred Cointreau while Ella Eyre was seen learning about the Creative Art of Cointreau Mixology with Cointreau’s Master Distiller, Bernadette Langlais.

Artist and curator, Charlie Herman and his team of professional artists Lily Lou, Tommy Pang and Yohan Masliah embodied the spirit of the Cointreau Creative Crew by creating vibrant, live art on the mirrors of the Pompadour Ballroom.  Yohan Masliah from Paris painted a beautiful interpretation of a Cointreau bottle in his bold graphic style, Fashion Illustrator Tommy Pang produced stunning illustrations of the cocktail elements in the room, the ‘Queen of Type’ Lily Lou created striking typography, while Charlie Herman documented the evening through expressive, quick-paced drawings of guests in attendance. Singer-songwriter Charlie Winston performed a song from his latest album Curio City, followed by entertainment from DJ and presenter Harriet Rose.

Charlie Herman said of the involvement “I chose these artists to create work at the event because they share my belief that collaboration is key. My main aim was to showcase a range of different styles within one space; an eclectic mix of creativity, reflective of a cocktail! The live element gives the artists the opportunity to promote their work in person and be collaborative with others.  I believe that it is almost more beautiful seeing someone create an artwork in their own language rather than the final piece. The event will celebrate this art form in sync with Cointreau creating their own masterpieces, cocktails!”

Laetitia Casta gave a speech at the launch, alongside fashion philanthropist Nick Ede and CEO of Rémy Cointreau, Valérie Chapoulaud-Floquet. Cointreau Creative Director Laetitia Casta said “We have created this programme with the greatest authenticity. Following in the footsteps of Louisa Cointreau, I’m privileged to be chosen to lead this amazing project and look forward to working with a team of leading creatives over the next year including Eva Longoria and Charlie Winston. This is a great opportunity for up and coming creatives to make their dreams a reality and I’m encouraging women across the globe to join the Cointreau Creative Crew and to Dream – Dare – Create!”

To help support and promote the next generation of creatives, Laetitia Casta has enlisted a powerful network of influential and creative talent who will contribute to a series of webisodes aimed at helping women showcase their talent and reach their creative potential. In the United Kingdom, those who express creativity and passion in their area of expertise - whether it is art, music, design, film, food, or even cocktails - can apply for the grant at www.cointreaucreativecrew.com. The successful candidate will be chosen by a jury of creatives including Laetitia Casta in April 2016.

Today, Cointreau pulsates, crackles and buzzes to the rhythm of the Cointreau Fizz. This is a naturally elegant cocktail that can be twisted to your taste. Cointreau, fresh lime juice and a fountain of sparkling water: a simple recipe for infinite enjoyment. It is one cocktail with endless variations. A hint of raspberry, cucumber, basil, seasonal fruits, vegetables or spices – everyone can create their own version. Tailor the cocktail that makes you happy, according to your preference. These are spontaneous cocktails, designed to be shared. They are an expression of creativity and a taste of freedom.
www.cointreau.com 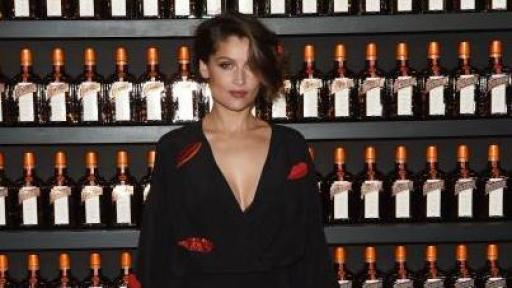 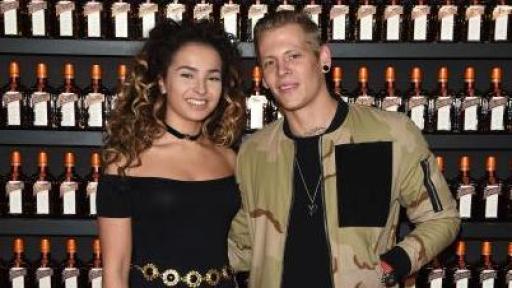 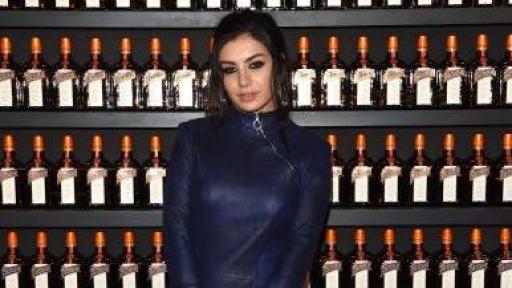 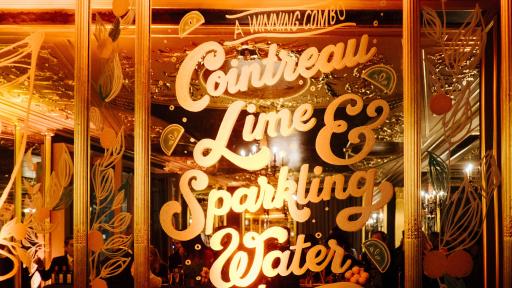 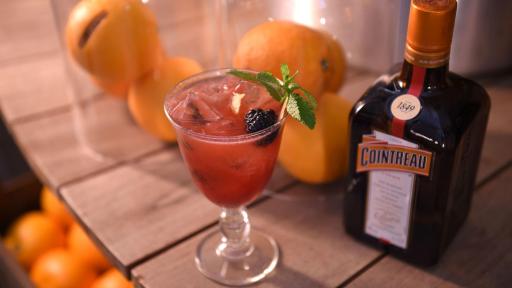 Launch of the Cointreau Creative Crew


DREAM, DARE, CREATE – watch out for our first webisode and further news at
www.cointreaucreativecrew.com