PARIS, 3rd November, 2015/ PRNewswire/ - PEUGEOT and the ATP announced today a new global partnership, beginning in 2016. The partnership will see PEUGEOT become the Official Car of the ATP World Tour, with a fleet of 500 vehicles worldwide.

PEUGEOT will become a Platinum partner of the ATP World Tour as well as the Official Car at more than 20 ATP World Tour tournaments. More than 500 vehicles – 508, 3008, 5008, and the Expert Tepee – will provide first class transportation services for players, officials, VIPs, as well as the general public across the events.

PEUGEOT has had an involvement in tennis for more than three decades, and counts ATP World No.1 Novak Djokovic, as well as the likes of David Ferrer, Juan Martin del Potro, David Goffin, Jeremy Chardy, Benoit Paire, Tommy Robredo, Gilles Simon, Alize Cornet and Belinda Bencic among its ambassadors. This latest partnership strengthens PEUGEOT’s long association with tennis by officially linking its presence in 160 countries with the ATP World Tour’s global footprint.

“PEUGEOT has a rich history in our sport and this long-term partnership with the ATP World Tour will cement their position as the preeminent car brand in tennis,” said Chris Kermode, ATP Executive Chairman „ President. “As we witness record audiences worldwide, we’re delighted to attract such a reputable international brand as PEUGEOT and welcome them to our growing portfolio of partners.”

“PEUGEOT shares tennis’ values of performance, innovation and elegance,” said Maxime Picat, PEUGEOT CEO. “These are the same values that we aim to share with our clients.

PEUGEOT has been associated with Roland Garros for more than 30 years. This new partnership with the ATP World Tour is a natural extension of our belief in tennis as an impactful platform to showcase PEUGEOT worldwide, all year long.”

Revive the press conference of PEUGEOT and the ATP World Tour on Periscope via @Peugeot (bond activated during 24 hours only). 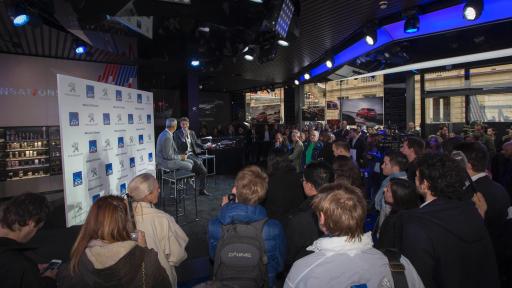 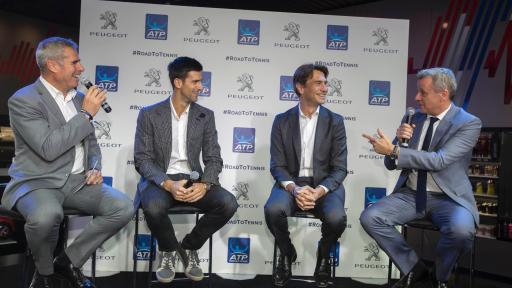 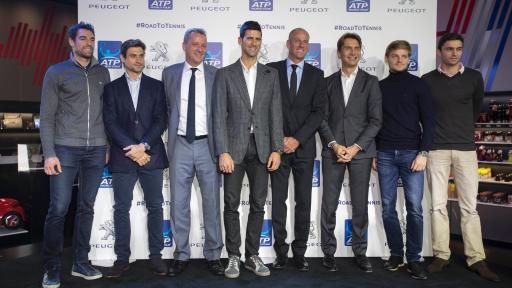 Four surfaces tennis court on the Champs-Elysées in front of Peugeot Avenue showroom ! 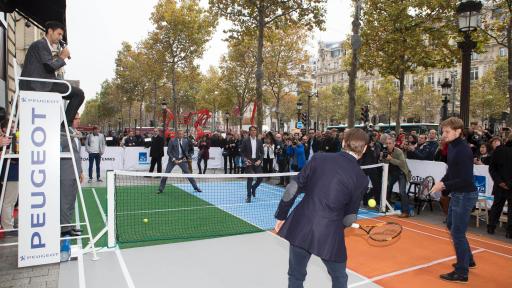 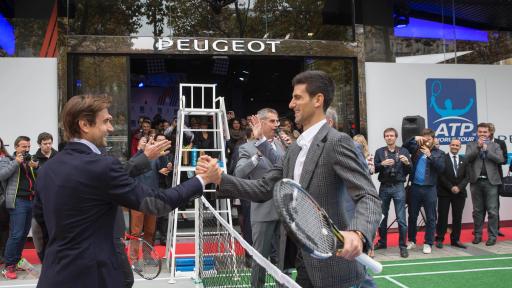 PEUGEOT becomes the Official Car of the ATP World Tour 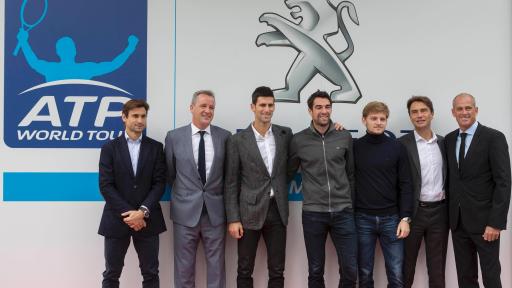 Unique tennis court with Novak Djokovic in the empire chair 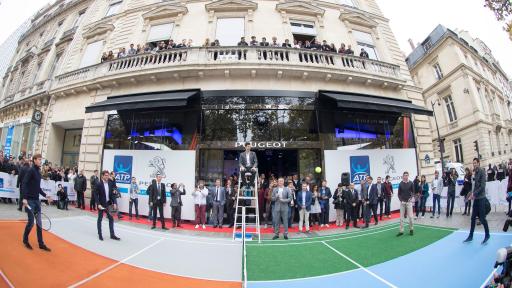 Present in almost 160 countries with more than 10,000 points of contact, PEUGEOT consistently combines Excellence, Allure and Emotion in everything it does.

With a totally rejuvenated “8” range, PEUGEOT possesses the youngest product line up in its history.
A high level of quality in its products and services, refined design and attention to detail and a unique driving experience deliver the emotion brought by every PEUGEOT.

With more than 60 million vehicles sold, these qualities are at the heart of the commitment made by the brand for more than 125 years.

The ATP is the governing body of the men's professional tennis circuits - the ATP World Tour, the ATP Challenger Tour and the ATP Champions Tour. With 62 tournaments in 32 countries, the ATP World Tour showcases the finest male athletes competing in the world’s most exciting venues. From Australia to Europe and the Americas to Asia, the stars of the 2015 ATP World Tour will battle for prestigious titles and Emirates ATP Rankings points at ATP World Tour Masters 1000, 500 and 250 events, as well as Grand Slams (non ATP events). At the end of the season only the world’s top 8 qualified singles players and doubles teams will qualify to compete for the last title of the season at the Barclays ATP World Tour Finals. Held at The O2 in London, the event will officially crown the 2015 ATP World Tour No.1 presented by Emirates. For more information, please visit www.ATPWorldTour.com.