ABU DHABI - On April 22, 2016, at the du Arena in Abu Dhabi, Emirati-Yemeni singer Balqees joined iconic tenor Andrea Bocelli on stage. Accompanied by the UAE-based NSO Symphony Orchestra and Chorus, the duo dedicated a soaring rendition of Bocelli’s “Canto Della Terra” to the memory of Prince.

Eager to showcase a peaceful, art-loving image of the Arab world, far removed from the violence, war and terrorism with which it is too often associated, Balqees expressed gratitude at the opportunity to achieve such a milestone, hoping for future global, operatic success. A member of the UAE NSO Symphony Orchestra since 2013, Balqees possesses a gifted range, mastering opera in four languages - Arabic, English, French and Italian - and has performed for prestigious audiences worldwide.

Speaking of this historic performance, Balqees enthused, “It was an honor to be the first Arabic artist to perform with the legendary Andrea Bocelli. I came to know how kind and down to earth this person is after I worked with him. I wish to repeat this amazing experience and sing with him again, for this has enriched and added a lot to my journey.”

Clips, photos, videos and further information on Balqees can be found at the following:

Read More
Boccelli’s Concert in Abu Dhabi was Witnessed by an audience of more than 10,000 people 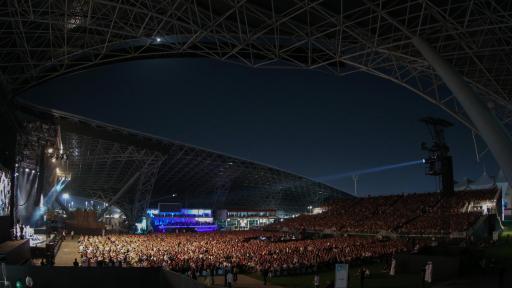 Balqees performing “I Dreamed a Dream” 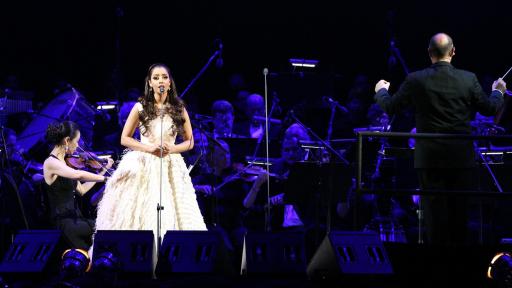 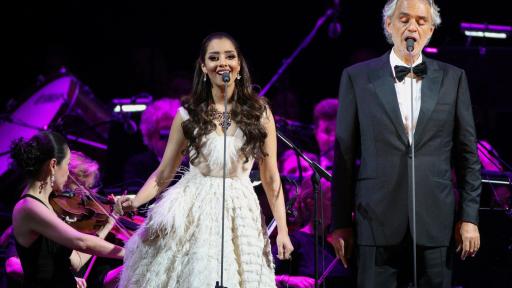 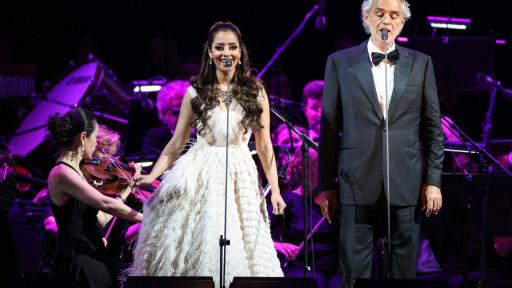 Boccelli & Balqees at the end of their performance 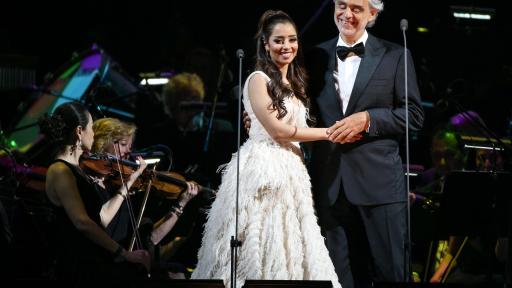 Since first stepping into the limelight four years ago, Emirati-Yemeni singer Balqees Fathi has established herself as one of the Arab world's biggest names in contemporary music.

Balqees’ breakthrough was “Masaa’la Sahla”, her first song, produced in collaboration with HH Sheikh Hamdan Bin Mohammed Al Maktoum and the artist Fayez Al-Saeed. Her record-breaking album “Majnoun Balqees”, released in 2013, hit 22 million views on YouTube, and her 2015 follow-up, “Zay ma ana” became the highest-selling and most downloaded album on iTunes in the Middle East, winning her the title “Best of 2015” Arabic singer in the Middle East by Apple Music.

Balqees has earned many awards and titles including L’Officiel Middle East Arab Woman of the year award for “Young Talent 2012”, along with “Best Young Talent” as per Al Sada and Zahrat Al Khaleej Magazine’s surveys.

Her philanthropic work includes involvement in charities that aid Yemeni refugees in Djibouti, and fronting campaigns that create awareness about domestic violence in the region. 2016 has seen Balqees chosen to be the media face of premium international brands such as Pantene Hair Products, Coca Cola and Zain Telecom.