The Gibraltarian Project was officially "switched-on" by the Chief Minister of Gibraltar, Hon. Fabian R Picardo and by the Minister of Health, Environment and Climate Change, Hon. Dr. John Cortes. Gibraltar Electric Authority (Gibraltar's National Electric Company) is the purchaser of the entire Project's power.

"In the last 4.5 years, we have been through a lot. People were coming with these magic black boxes, they told us you give us some funding and we will give you the power. They never came up with anything. Nothing ever worked. This is clearly working. I think that the future is bright and the future like the past all those six million years ago is in the power of the sea all around us"

Minister Cortes referencing the project during his launch address.

Charles H. Collinson, Director of European Programmes that co-funded the power plant in Gibraltar, said that: "on behalf of the EU commission and the EU program Secretariat in Gibraltar, I wish every success to Eco Wave Power. May it expand and produce a lot more renewable energy and I hope we are able to collaborate in future expansion of this project" 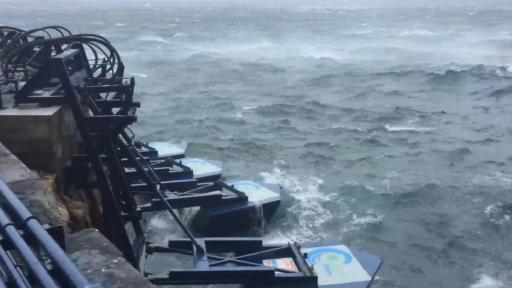 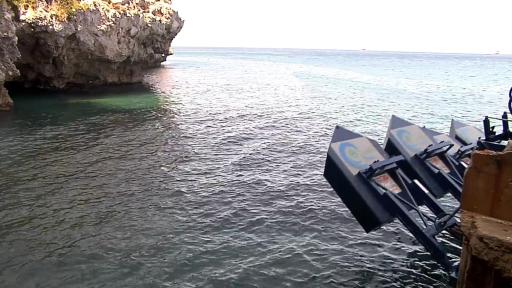 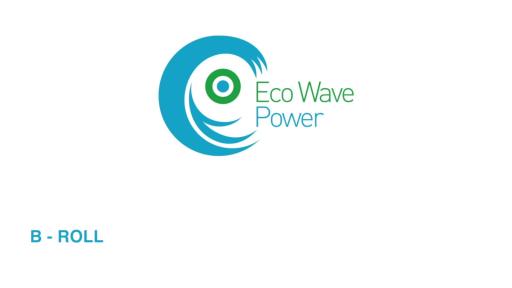 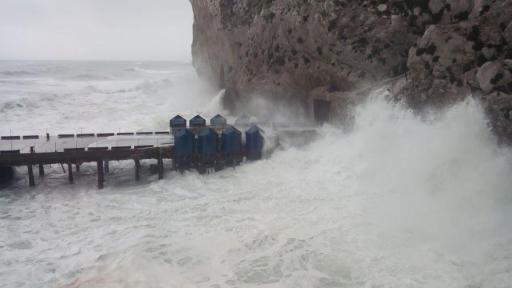 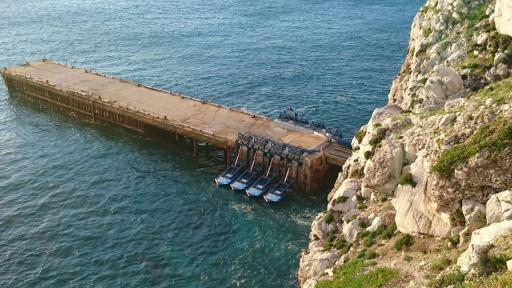 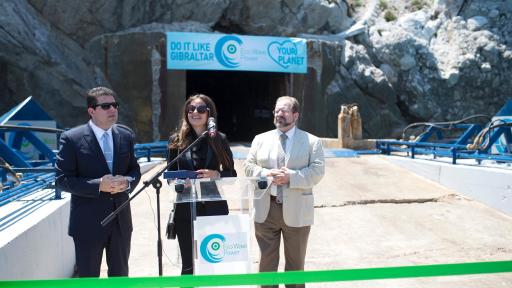 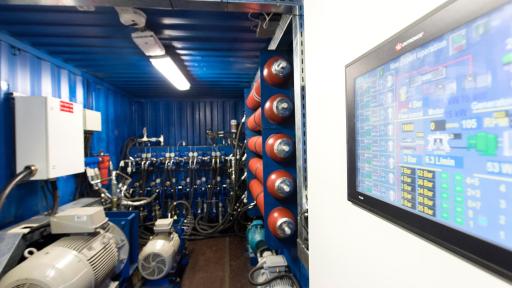 Three out of the eight Eco Wave Power Floaters 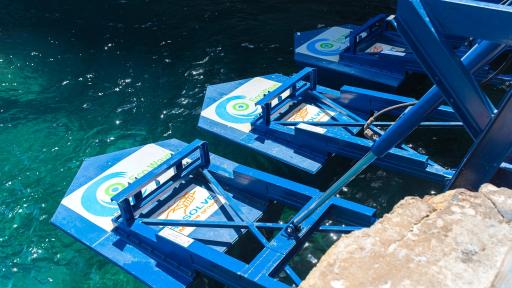 This is the first array of wave power generators to be connected to an electricity grid in Gibraltar and in Europe. The innovative Eco Wave Power floaters move up and down with the movement of the waves, and create pressure which is driving a hydro motor and a generator. The technology also provides smart automation system that controls the power station's storm-protection mechanism and the stable transmission of clean electricity to the grid.

"We had some pretty foul weather over the winter and I am happy to say that your installation has survived, and that’s a great thing! That was my biggest reservation…all the safety parameters conform to those of the Gibraltar Electricity Authority and just to say that we are very glad that you are now form part of our generation park" (Michael N. Caetano, CEO, Gibraltar Electricity Authority)

"Gibraltar is pioneering here. It is the first European territory, the first jurisdiction, the first nation in Europe to have wave energy harnessed and connected to its electricity grid" (Chief Minister, Hon. R Picardo)

"We are already taking the next steps to move our technology foreword. Planning and design works has begun on Eco Wave Power's next generation of 1MW to 5MW power plant, by using larger units aiming to deliver around 10 times the capacity of Eco Wave Power's current units in Gibraltar, and improving its efficiency. This progress is a clear example that given time and with the right governmental support, wave energy can progress along the innovation chain towards commercialization" said Eco Wave Power's co-founders, David Leb and Inna Braverman.

Eco Wave Power's technology has been under development since 2011, and since then the company tested its technology in Ukraine and installed a pilot plant in Jaffa Port. Moreover, the Company received Pioneering Technology status from the Chief Scientist of the Energy Ministry in Israel Dr. Bracha Halaf, won Numerous Innovation Awards by Frost & Sullivan, Energy Globe Award, Erasmus University and others. In addition, EWP invested significant efforts to finalize an impressive projects pipe line of 111MW worldwide, and establishing 3 subsidiaries in Gibraltar, China and Mexico, with additional ones to be established shortly.

The wave resource that Eco Wave Power technology harnesses is an abundant and consistent source of clean energy. The Chief Scientist and CEO of the Department of Environment and Climate Change, Dr. Liesl Torres, said that: "I honestly believe that the ultimate solution for Gibraltar becoming carbon neutral is the ocean and we are very eagerly exploring that, exploring our seas….this is only the beginning and we really need to push to see how we can push up this MWs in renewable energy quickly because This will bring so much benefit to us. So again a special thank you and let's inspire other countries and other territories."

The expansion of Eco Wave Power's power plant from 100KW to 1MW to 5MW is currently in the design phase and will feature the largest Eco Wave Power units yet with a targeted capacity of some 10 times of the current generation.