The Arab World’s Leading Edutainment TV show, Stars of Science, broadcasting on MBC4, Puts ‘INNOVATION’ Firmly Back on the Map

The Arab World’s Leading Edutainment TV show, Stars of Science, broadcasting on MBC4, Puts ‘INNOVATION’ Firmly Back on the Map

THE SEARCH FOR THE ARAB WORLD’S LEADING INNOVATORS THROUGH QATAR FOUNDATION’S FLAGSHIP MEDIA INITIATIVE STARS OF SCIENCE RETURNS FOR SEASON 8 ON SEPTEMBER 17, 2016, ON MBC4

Doha, Qatar, September 14, 2016 – Stars of Science, the region’s leading ‘edutainment’ reality TV show that has inspired innovators and entrepreneurs across the Arab world, returns this week on MBC4 for its eighth season. Initiated and supported by Qatar Foundation for Education, Science and Community Development (QF), the new season brings a fresh approach, which will see candidates contributing creative solutions to regional problems within the information technology, energy, environment and health sectors.

Stars of Science (SOS), in-line with QF’s mission to encourage a culture of quality and excellence, serves as an instrument to foster creative and innovative thinking among the next generation of ambitious science and technology problem solvers. For eight years, audiences across the Arab world have seen groups of industrious innovators turn their impactful ideas into reality, developing and selling products around the world, picking up more than 50 international and regional awards along the way, and sharing their knowledge and expertise on an international scale.

Success stories of the show’s alumni, like Anwar Almojarkesh, founder and CEO of Braci, which specializes in assistive technologies for the hearing impaired, send a strong message to Arab youth. Having narrowly missed out on a chance to reach the finals of the program, he went on to successfully launch his business in Denmark and the United Kingdom, raising more than 1,000,000 USD from international angel investors, governments and incubators.

“Stars of Science is the most amazing platform to kick start innovative ideas. Taking part in the program has been one of the most significant and rewarding learning experiences of my life,” said Anwar.  His success in raising external funding beyond the program has been replicated by 15 fellow Stars of Science alumni who have also successfully raised more than 9 million USD between them to support the further stages of developing their products.

Fahad Al Qahtani, President of Community Development at Qatar Foundation, said: “At QF, we are always seeking to engage our local community by inspiring creativity and entrepreneurship to further promote scientific innovation in Qatar. Captivating both old and young alike, Stars of Science is one dynamic way we support this endeavor, as we recognize members of our local and regional community with the foresight and ingenuity to design and create innovations with the potential to impart a positive impact, which spans way beyond the conclusion of each season. We are immensely proud of all our alumni and everything they have achieved, as they continue to act as admirable ambassadors for both their respective communities and the region.”

In addition to their ability to fundraise, the power of SOS alumni also lies in their capacity to inspire young minds to pursue their dreams and contribute solutions to regional problems. Since leaving the program as a finalist in Season 5, Mohamad Al Kuwari can regularly be seen promoting science and technology education to young people as an active public speaker. Now a successful serial inventor and award-winning entrepreneur, Mohamad continues to innovate for social good, currently working on a project with fellow alumni Mohamad Islam that aims to provide solutions for the visually impaired through smart glasses offering tailored features from currency recognition to safety alerts. He has also  developed an acclaimed ‘culture and heritage focused’ mobile app called ‘Galayal’ in partnership with fellow alumni Dr. Mohammed Doumir.

Other SOS alumni, like Mahmood Shattel, also highlight the spirit of giving back. Mahmood offers renewable energy training courses for Arab students and professionals through his company, Taqetna. Meanwhile, Bahraini Amina Alhawaj has become a well-known speaker and thought leader. Amina’s most recent accomplishment was participating in a panel at the Global Entrepreneurship Summit at Stanford University after being invited by U.S. President Barack Obama. Amina delivered a compelling message to the world, speaking about “the capacity of the Arab world to innovate and the role Stars of Science plays in producing innovators capable of developing finished patented products.” Reflecting on how Stars of Science contributes to a legacy for future generations, Amina went on to say her success story is just a sample of the “ability of Arab women to succeed in innovation and entrepreneurship.”

During the search for the region’s most promising innovator, the first three episodes will focus on shortlisting innovations that revolve around the biomedical, ICT, energy and environment sectors, reflecting the region’s research priorities. Casting will culminate in a Majlis episode, which will feature the best and brightest applicants. The nine selected candidates will fiercely compete against each other over the course of two newly introduced stages of the program: the prototyping and customer validation rounds, which include a focus group of potential users. Throughout their journey, innovators will be challenged to develop and enhance their projects to benefit communities and generate a global impact. The four candidates with the most viable projects will then move on to the life-changing finale, where they will earn a share of 600,000 USD of seed-funding after an online public vote and jury vote.

This season’s jurors are a forceful group of science and business thought leaders that include Dr. Ahmed K. Elmagarmid, Executive Director, Qatar Computing Research Institute; Prof. Abdelhamid El-Zoheiry, President of the Euro- Mediterranean University (EMUNI) and Senior Advisor to the Minister of Higher Education and Research in Egypt; as well as Dr. Hosni Ghedira, Head of the Chemical and Environmental Department of MASDAR and Director of its Research Center for Renewable Energy Mapping and Assessment.

Aysha Al Mudahka, CEO of Qatar Business Incubation Center, joins the much feared but highly respected science advisor and Executive Director of ESCWA Regional Centre for Technology, Prof. Fouad Mrad, as a permanent juror.  Khaled Al Jumaily, loyal contributor to the program and its mission, will also return as host.

Stars of Science’s viewers can engage with the program by accessing online exclusives via its newly designed website www.starsofscience.com. The audience can also participate by joining the Stars of Science community through the program’s active social media pages (the show’s Facebook page has grown to more than 2.3 million followers this year, while its Twitter account has grown to 83,000 Followers; YouTube and Instagram channels alone combine over 50,000 followers). 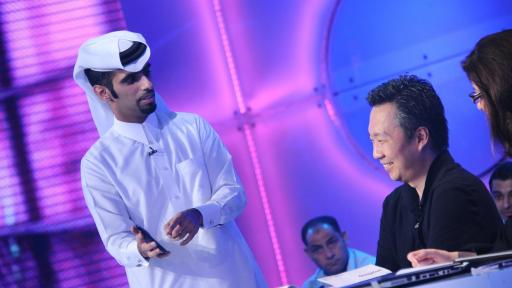 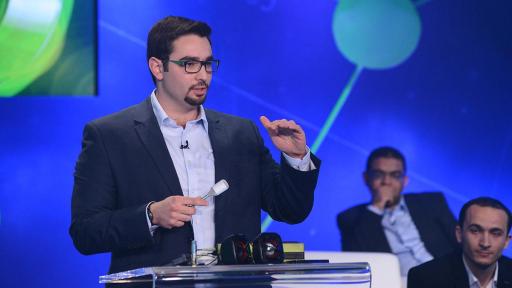 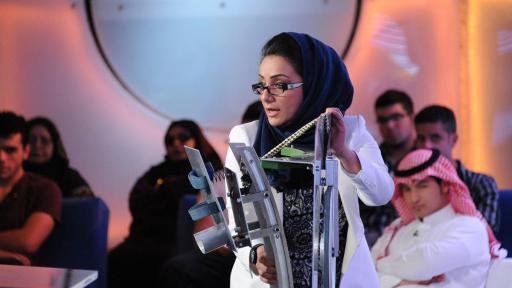 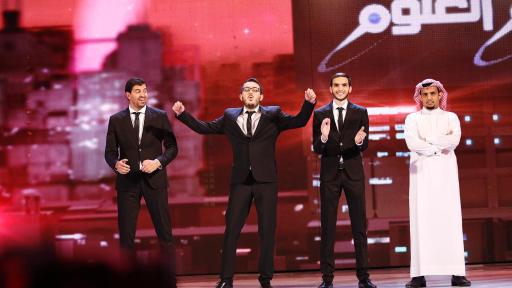 Stars of Science is entering its eighth season 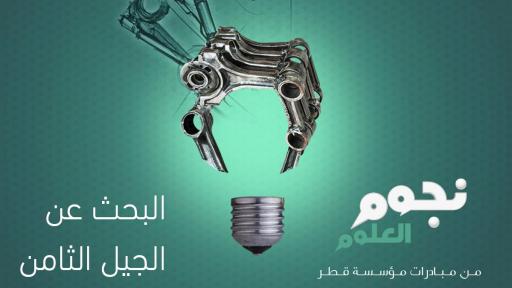