Stars of Science selects the region’s brightest innovators on MBC4

Stars of Science selects the region’s brightest innovators on MBC4

Doha, Qatar, October 9, 2016 – Nine inventors from across the Arab world earned the chance of a lifetime yesterday, vaulting ahead of their fellow applicants to earn a place on the Qatar Foundation flagship media initiative Stars of Science this season. Viewers watched as the story unfolded on the Majlis episode, where 19 shortlisted innovators from the first three episodes waited nervously to see if their journey would continue to the next stage of the contest.

The nine candidates, each hailing from a different country in the region, follow in the footsteps of over 100 Stars of Science alumni. Racing against the clock and competing against each other, all nine candidates will prepare to face the jury once again at the prototyping stage. The jury members will only select six out of nine projects to move on to the customer validation stage. As the show progresses, two other candidates will be eliminated, leaving four finalists who will earn a share of a $600,000 prize based on jury and public voting.

Candidates on this year’s Stars of Science will develop projects that aim to solve problems in several sectors vital to region and the world – health, energy, and environment and information technology. This feeds into Qatar Foundation’s objective of encouraging the next generation of science and technology innovators while encouraging the development of impactful inventions on the show. Joining the show over the next few episodes to support the candidates will be Stars of Science alumni Amina Al Hawaj, Majed Lababidi and Mohamed Watfa.

In the next episodes, audiences will witness candidates develop their prototypes with the guidance of mentors specializing in engineering and design and alumni support. Each group of candidates will work from their new professional home in Qatar Science & Technology Park, where they develop bonds of friendship and rivalry as they spend weeks tinkering with their prototypes in close quarters. Viewers witness candidates’ triumph and frustration as they prepare to face the jury in groups of three.

Each of the next three Stars of Science episodes will give an in-depth look at a group of three candidates. One candidate from each group will be eliminated by the jury at the culmination of the episode, leaving six candidates standing going into the customer validation stage. Audiences will witness candidates develop their prototypes with the guidance of mentors specializing in engineering and design and alumni support.

Next Saturday’s episode contains determined and talented candidates whose inventions fall into the health and information technology spheres. Ghassan Yusuf, a 33-year-old from Bahrain, will work on a prototype of an automatic scoring system for Taekwondo matches. Jordanian cytogeneticist Sadeem Qdaisat, 29, aims to save lives with a machine that streamlines the process of genetic testing. Nizar Chelly, a 32-year-old Tunisian doctoral student, will develop a phone robotic platform auto scanner.

On October 22nd viewers will meet 22-year-old Ali Al-Sulaiti of Qatar, who will take on Egyptian Ahmed El Khatat, 34, and Algerian Abderrahim Bourouis, 29. The Qatari’s innovation is a drawing generator that turns 2D drawings into 3D animations. Al Khatat, a university professor, aims to make it to the next round with a shower especially designed to preserve the independence and privacy of elderly users. Bourouis wants to impress the jury with a smart shirt designed to monitor and soothe children with autism spectrum disorder.

In the final prototyping episode airing October 28th, twenty eight year old Syrian Yazi Alalo will be presenting an innovation that monitors the freshness and safety of food. Challenging her is Omani Saif Al Farai, 24, and Lebanese engineer Sevag Babikan, 27. Saif, a mechatronics graduate, will work on a device designed to convert Arabic text to braille instantly. Sevag will try to revolutionize the 3D printing world with his printer invention, which he says will make current models obsolete.

“After a tough casting process I am pleased to see promising applicants joining the program alongside competent talents from past seasons. This is evidence of a sustained interest from young Arabs across the region in science, technology and entrepreneurship,” noted Professor Fouad Mrad, a longtime jury member. “As they work alongside mentors to develop their inventions in the coming episodes, these candidates will inspire countless others to strive for a more empowered future.”

Host Khaled Al Jumaily will guide audiences in the coming episodes, which will air on October 15th at 10:30 PM KSA (7:30 PM GMT) on MBC4.

Applications for Season 9 are now open for Arab nationals between the ages of 18-35. Please visit www.starsofscience.com for more details.

Read More
Stars of Science alumna Amina Al Hawaj, from Bahrain, motivates the candidates as they nervously await the jury’s decision in the Majlis. 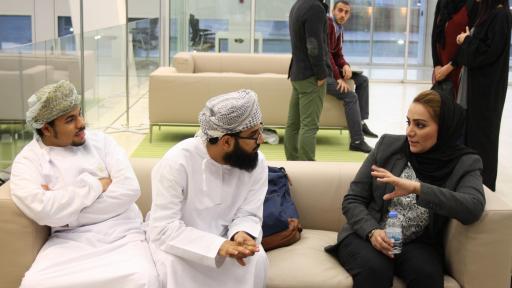 Saif Al Farai, from Oman, celebrates as he gets chosen to be one of the top 9 innovators to compete in Season 8. 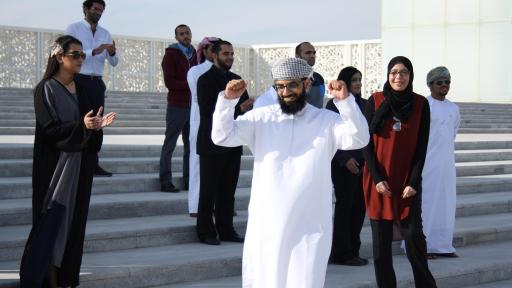 19 potential Stars of Science innovators prepare to hear the results from the Majlis where only 9 will be selected. 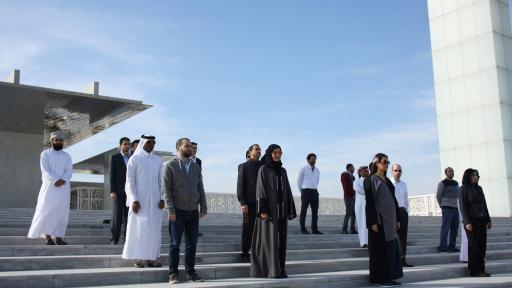 Stars of Science jury debate each innovative idea ahead of voting and selecting the top 9 for this seasons competition. 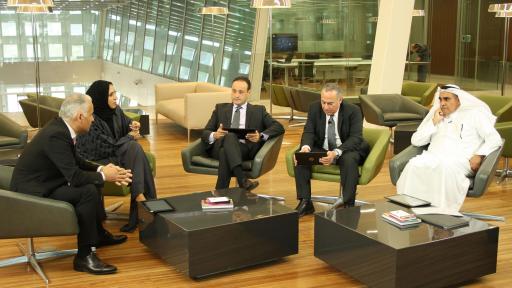 Meet the top 9 innovators of Stars of Science season 8. Visit www.starsofscience.com now to learn more about them and their innovations. 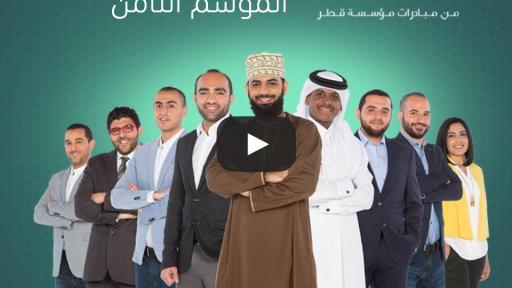