Without Walls: Inspirational Film Shows Power of Art and Community on the US-Mexico Border

Without Walls: Inspirational Film Shows Power of Art and Community on the US-Mexico Border

MUMBAI, 23rd March, 2017 - Johnnie Walker The Journey, through stories of personal progress looks to inspire people. Carrying the theme forward, the next instalment in the Storyline titled 'Without Walls', an incredible story that intends to inspire people through offering a different outlook on the barriers, physical and cultural; that create divisions.

The video primarily focuses on the US-Mexico border, but the idea is to inspire people to overcome barriers and re-imagine what is possible. In India, art and culture has continued to redefine perception, with imaginary boundaries, now no longer the hindrance. From sports to business, men and women, together are celebrated for their achievements on excelling in their field and have now become an inspiration to many across the world. The video tells the story of Ana Teresa Fernández's work and how she is using art to make the US-Mexico border invisible to the eye by painting part of the border fence sky blue.

Roger Ross Williams' most recent film Life, Animated was nominated for the 2017 Academy Award for Best Documentary Feature. The documentary was created by Johnnie Walker The Journey as part of its Storyline initiative, a series of short films from a network of global storytellers designed to give real people a voice to tell their inspiring stories of positivity and progress.

On 'Without Walls' Williams said that his vision for the film was to create a narrative that might inspire others, "By focusing on Ana's beautiful artwork, Without Walls inspires people by offering a different perspective on the barriers - physical and cultural - that divide us. It is about the positivity of the human spirit and shows how hope and optimism can inspire people to face barriers in their own lives, demonstrating that art has the power to help people and communities to reimagine what is possible."

"Even if for an instant, I want people to imagine this place without barriers - without a wall," said artist Ana Teresa Fernández of Without Walls - Painting A New Perspective, a new documentary film from Johnnie Walker The Journey as part of their Storyline initiative.

As part of the launch of Without Walls, Johnnie Walker The Journey is supporting the work of Friends of Friendship Park on the San Diego/Tijuana border - a community of people dedicated to bringing together those separated by the fence.

Guy Escolme, Johnnie Walker's Global Brand Director, said, "As with all our Storyline films, Without Walls has a remarkable message of optimism that we are privileged to share. By focusing on the efforts of Ana Teresa Fernández and Friends of Friendship Park, we want to inspire people to see how, by facing the barriers in their own lives, they can make a positive commitment to building a better tomorrow."

Through a network of global storytellers - including writers, directors and filmmakers - the brand is giving real people a voice to tell their stories of inspiring progress. For example, the brand has recently been involved in similar work in Colombia where we told the stories of five people from different backgrounds, who despite their history of conflict, all share a unified belief in a better tomorrow in Keep Walking Colombia.

Similarly, Ode to Lesvos, tells an inspirational story of positivity. It documents the Greek islanders' uplifting response to the refugee crisis after some 300,000 refugees found their way onto the shores of Lesvos in the summer of 2015.

Johnnie Walker The Journey wants to discover these inspiring stories, then by supporting and enabling filmmakers to create them - we can ensure that the world hears them. In doing so, we can inspire others to think about how they can make their tomorrow better than their today.

United Spirits Limited (USL) is a subsidiary of Diageo plc which is a global leader in beverage alcohol with an outstanding collection of brands across spirits, beer and wine categories. In 2013-14, Diageo plc acquired a 54.8% shareholding in United Spirits making India one of its largest markets.

The company is listed on the BSE (Bombay Stock Exchange) and NSE (National Stock Exchange). For more information about United Spirits Limited, our people, vision, brands, and performance visit us at https://www.unitedspirits.in. 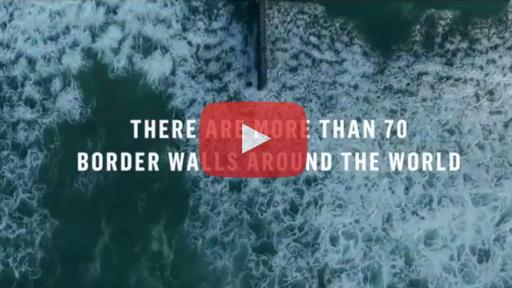 Without Walls by Johnnie Walker The Journey 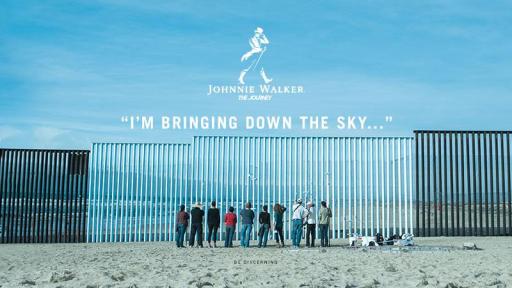 An inspiring story of how several families are separated, yet unified 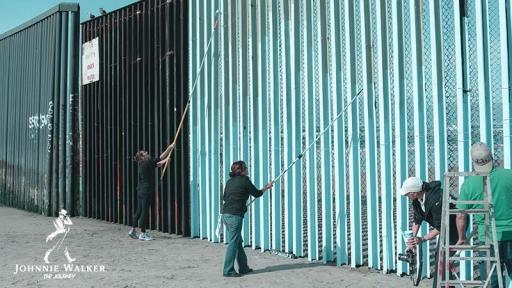