Rian Johnson shows Ireland is the dream location on the shoot of Star Wars: The Last Jedi

Rian Johnson shows Ireland is the dream location on the shoot of Star Wars: The Last Jedi

Dublin, 27 December 2017: The dramatic coastal scenery of Ireland’s Wild Atlantic Way has been wowing audiences since the release of Star Wars: The Last Jedi – the real-life Ahch-To, where the latest instalment of the blockbuster series was filmed.

Filming for Star Wars: The Last Jedi on Skellig Michael took place over just two days in 2015 before moving to the mainland. Rian explains: “It’s a UNESCO Heritage Site, it’s a bird sanctuary, we could only get there for two days to shoot so the vast majority of the stuff set on the island was shot on the south west coast of Ireland because it very naturally shared the same kind of feel and look of Skellig.”

To continue to film on location in Ireland, the crew returned in 2016 and built replicas of Skellig Michael’s 6th century monastic ‘beehive’ huts on the mainland. The location scouts were so taken with Ireland’s Wild Atlantic Way that key locations in counties Cork, Kerry, Clare and Donegal were handpicked to represent the planet Ahch-To in Star Wars: The Last Jedi.

Since 1977, the renowned movie franchise has travelled through many galaxies. Ireland’s Star Wars journey, which began in Portmagee, County Kerry in 2014, has spanned some 2,000kms of the Wild Atlantic Way – from the south-western Skellig islands to Ireland’s most northerly point, Malin Head.

Describing Ireland, Rian said, “It’s a gorgeous place. I feel very, very lucky to be able to get it on film.”

Star Wars: The Last Jedi – Behind the Scenes in Ireland 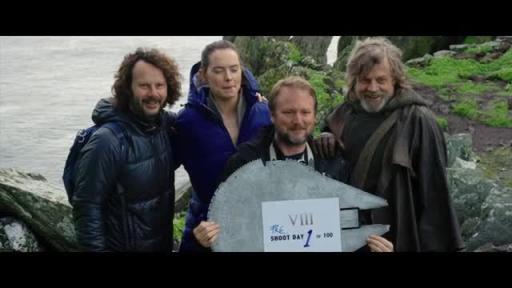 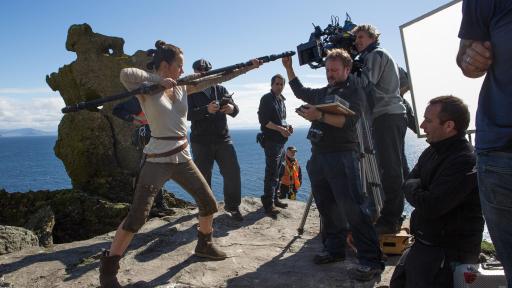 Skellig Michael is accessible only by boat 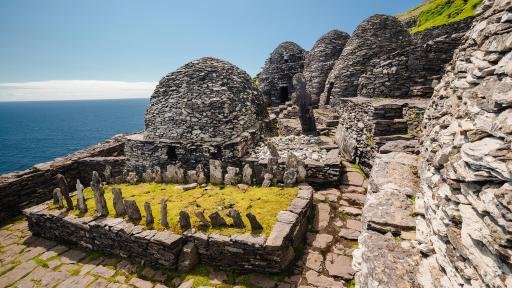 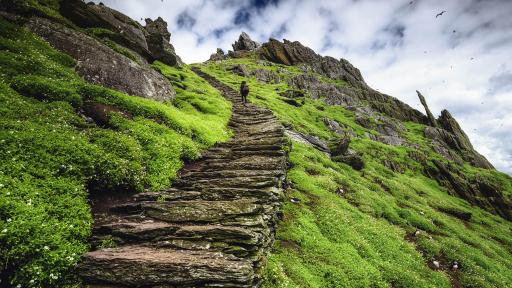 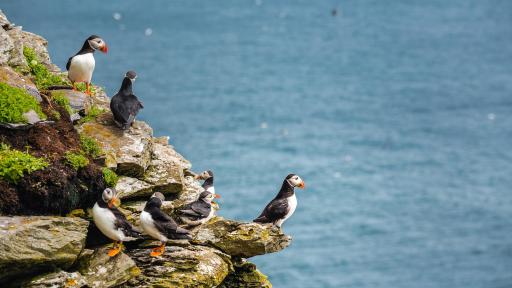 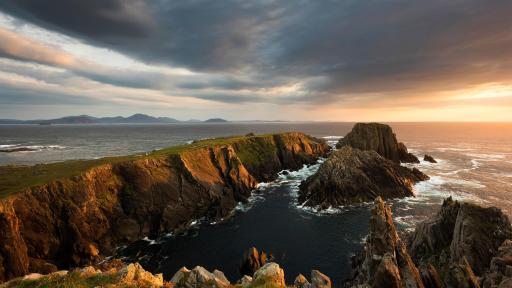