Freebets.co.uk enables people to predict every match at the World Cup and decide who will leave Russia as champions

With the World Cup just around the corner, there is an opportunity to get involved by predicting the way the tournament will go. It starts with the group stages, and consumers will put forward their picks for the winners and runners up. Then, they’ll predict each game of the knockout stages, all the way to the final. It is so easy to make any choices; the consumer has to simply click on the team they wish to back and go from there. They can also follow their favourite teams’ progress with possible matchups, which can help them make more informed decisions.

As some context for this year’s World Cup, Brazil (9/2 with Coral) are possibly in line for a sixth World Cup crown, but they have not won the trophy since 2002. Germany (9/2 with Coral), despite leaving Manchester City star and PFA Young Player of the Year Leroy Sané out of their squad, will believe they are worth backing as they look to retain the trophy they won four years ago. Spain (6/1 with William Hill), the 2010 winners, are looking strong, while France (11/2 with William Hill) have arguably the deepest squad in the tournament at their disposal.

Outsiders include Argentina (10/1 with Paddy Power), who only just made it through qualification. Lionel Messi will hope he can win the World Cup to emulate Diego Maradona and silence the doubters, who believe he cannot be called the greatest footballer of all having never lifted it. Cristiano Ronaldo, Messi’s rival, won Euro 2016 with Portugal (25/1 with Bet365), and while their squad is weaker than it has been in previous World Cups, he would love to add it to his growing collection of accolades.

Belgium (11/1 with Bet365) could be the dark horse, with so much quality for boss Roberto Martinez to choose from, while their Group G rivals England (16/1 with Paddy Power) are looking to end 52 years of hurt. Their route to the final could be tough, especially if they finish second in the group, with many of the sides mentioned as favourites lying in wait for them should they progress.

Consumers can also share their predictions with their friends and get them involved too.

Read More
Predict which teams will go through group stage 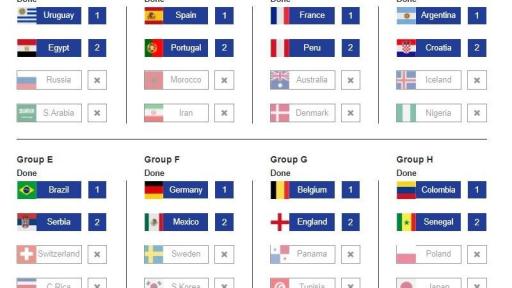 Pick the winner in knockout round 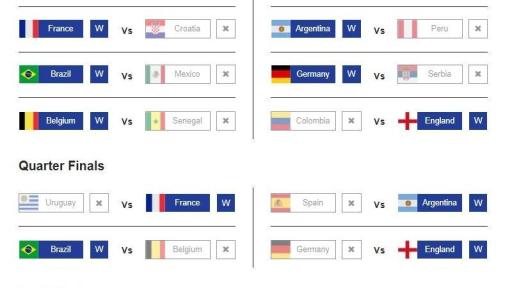 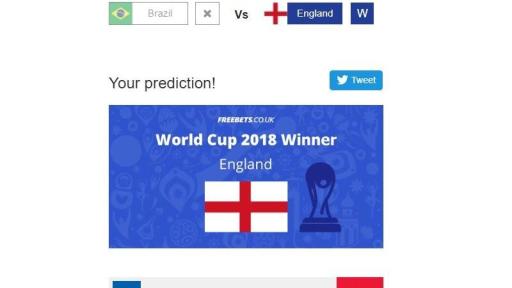 Go to all assets
About Freebets.co.uk

Freebets.co.uk is among the best betting services around and the perfect place to get the best odds and deals from the biggest bookmakers. Freebets.co.uk provides users with continuous updates to make the betting experience as easy as ever. There are deals with free bets and enhanced offers on all the biggest sporting events. Not only does Freebets.co.uk supply the odds, but we also recommend the best places for users to put their money.