New York, July 13, 2018 /PRNewswire/-- Olive Oils from Spain, the promotional brand of the Spanish Olive Oil Interprofessional, in collaboration with the European Union, and guest of honor Seamus Mullen, an award-winning chef, cookbook author, and health & wellness expert, kicked off the U.S. campaign of the “Olive Oil World Tour” at the Cervantes Institute, last night.

“We are thrilled to be in New York City for the North American launch of the ‘Olive Oil World Tour’ campaign with Seamus and dignitaries from the Spanish Government,” said Pedro Barato, President of the Spanish Olive Oil Interprofessional. “The ambitious three-year, multi-channel program was created to encourage wellness-minded individuals to be inspired by the pillar of the Mediterranean lifestyle, olive oil, and who better to exemplify a healthy way of living than Chef Seamus Mullen. Seamus recently came out with a new cook book, ‘Real Food Heals: Eat to Feel Younger + Stronger Every Day.’ In it he uses our beloved millenary juice, olive oil, as a key ingredient in many of his recipes.”

Throughout the evening, guests enjoyed uniquely-created dishes by Chef Mullen, sipped on specially-designed olive oil-infused cocktails; and learned about the health benefits, gastronomic pleasures, and vast versatility of the ubiquitous olive oil. 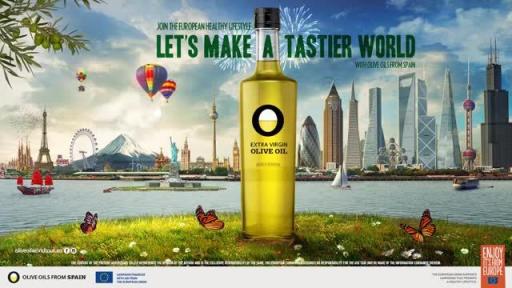 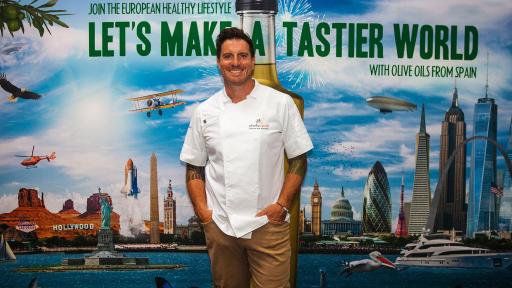 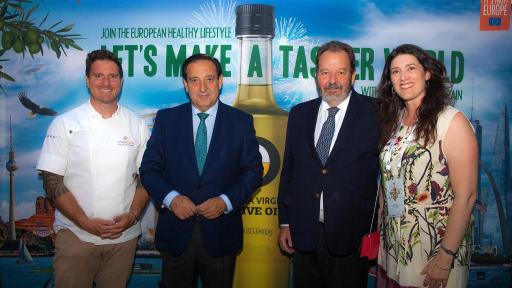 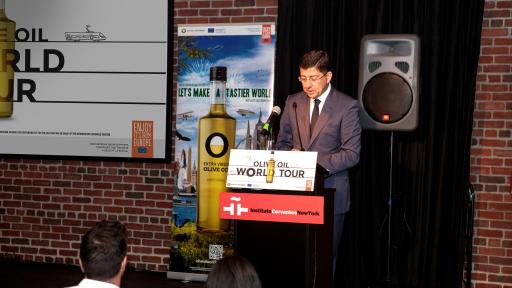 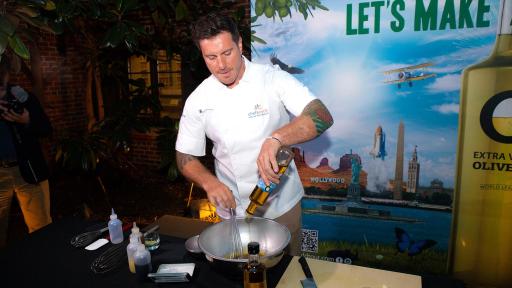 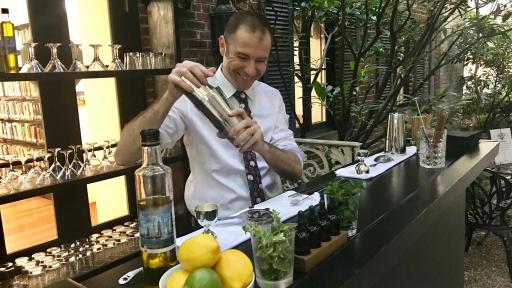 The presentation included details of the “Join the European Healthy Lifestyle. Let’s Make a Tastier World” Olive Oils from Spain campaign targeting cooking enthusiasts and world travelers through the “Olive Oil World Tour.” The evening brought attention to the “Olive Oil Lounge,” in airports, train stations, and cruise terminals in New York, Miami, Chicago, Los Angeles and San Francisco. In addition, “Where the Olive Oil is Born” contest, that culminates with a trip to Spain to the grand prize winner, was announced. For information: https://oliveoilworldtour.com/make-it-taste/contest.

One of the most surprising facts presented was that oil imports from Spain have increased by six times over the last two decades. Thus, Spain has become the world leader in the production and sales of olive oil.

The Spanish Olive Oil Interprofessional is a nonprofit organization representing the different operators in the olive oil industry (olive growers, cooperatives, factories, bottlers and exporters) with the aim of serving as an industry improvement tool.