Tel Aviv, Israel – August 9, 2018/PRNewswire/-- The LGBT Israel Task Force (‘The Aguda’) and renowned Israeli composer and song writer Doron Medalie are launching together with Google a very unusual Youtube experience. This experience will effectively turn pre-roll ads into a waiting room where people wanting to listen to one of Medalie’s many hits will have to patiently wait, while listening to a series of interviews. But with Medalie’s songs figuring in most Israelis’ playlists, the LGBT Israel Task Force have essentially hacked the medium and ensured their message is heard through YouTube. With close to 50 musical hits, the campaign has not gone unnoticed and to boot, Medalie has tailored every pre-roll’s opening statement to suit the title of the song chosen and kick off the discussion of LGBT rights from a different angle. So if the song chosen was ‘Aba’ (which means Dad in Hebrew), the pre-roll’s opening statement related to the fact the LGBT community in Israel is barred from adopting or using a surrogate to become a parent. If the song chosen was “Heaven” – the opening statement alludes the fact that Spain is gay heaven, as gays are allowed to marry there, but not in Israel.

The YouTube virtual waiting room is in fact a two and a half hour long pre-roll ad that will be activated every time someone plays one of Medalie’s songs. This will be a waiting room where viewers will be invited to join Medalie, as he talks to friends and guests about the subject of LGBT rights until they are granted to them by law.

Among the guests hosted in Medalie’s antechamber are some of the country’s leading music stars like Noa Kirl, Eliad Nahum, Stephan, Nikki Goldstein, Gal Ochovsky and many other artists and celebrities, as well as representatives of the various bodies that are taking part in the LGBT community’s struggle. This includes the members of the parents of gay children organization ‘Tehila’, youngsters belonging to ‘IGY’ (The Israeli Gay Youth organization) and other people; homosexuals, lesbians, transgenders and activists, who are outraged by the injustice and current state of affairs.

To truly understand the extent of this campaign and its pervasiveness, it must be taken into account that Medalie is one of the country’s most prolific song writers. According to Israeli music copyright organization ‘Acum’, it is estimated that in 2018, no less than 10 hit songs written and composed by Doron Medalie are played at any given wedding in Israel. Songs like "Tel Aviv", "Revolution of Joy," "Just Want to Dance," "Caramel, "Golden Boy” (Eurovision 2016), "Melted from You”, "Tikritas", "I Built on You", "Wai Li", "Bereshit Olam" and more. The pre-rolls which play before any of Medalie’s hit songs are meant to illustrate the irony in the fact that while Medalie’s songs are used to celebrate weddings, he himself can only be a guest at those weddings, as gays do not have the right to marry in Israel.

Doron Medalie is a well-known music composer and song writer and an active, outspoken member of the LGBT community. This is a community for which he has actively campaigned by promoting a message of equality and love in Israeli society. And while until recently, Medalie was essentially a well-known figure within the confines of the Israeli borders, he broke onto the International scene and the public’s consciousness this year as the composer and writer of Neta Barzilai’s winning song - TOY – which took home the first prize at the much acclaimed Eurovision Song Contest.

Now Medalie is harnessing the extensive press coverage he received to further the rights of Israeli homosexuals, lesbians and trans-genders and make sure the Israeli Parliament grants them equal rights by law – a fight that touches him and many of his friends on a very personal level.  This is a struggle which he has been walking for the past two years with the BBR Saatchi & Saatchi advertising agency, that has shouldered his efforts by working together with him on a variety of projects including last month’s #Proudstrikers project – a one-day nationwide strike urging the LGBT community to stay away from work and demand their equal rights. A point he is now trying to drive home even further.

When asked why he is doing this, Medalie says "The time has come to put things on the table and call a spade a spade: I am Doron Medalie, a homosexual and a second-class citizen in the State of Israel. For the past 20 years, I have been working behind the scenes to promote culture and further the status of artists in Israel – as a law abiding, tax paying citizen should. But here is where the absurdity of it all lies: I, in fact, fall in the highest tax paying bracket in Israel. That means that hundreds of thousands of shekels that I earn, go towards funding segments of the population, whose representatives driven prejudice and misconceptions, do everything in their power so that I remain a second-class citizen, voting against laws designed to equalize my status”

"Over the past two years, I have had long brainstorming sessions with the BBR Saatchi & Saatchi advertising agency, who generously volunteered to accompany me on my journey," says Medalie. “One of those sessions generated the #Proudstrikers idea which saw over 100,000 people take to the streets in protest, but more importantly pushed Israeli decision makers to take a stand and decide on which side of this issue they want to be”.

"The brands and companies that joined in the protest last month moved me very much, but it will be more significant to see how much effort and thought they put into caring for their LGBT employees once the issue has moved out of the newspaper headlines. On a personal level, I felt it was my duty to contribute to the LGBT struggle by creating a personal protest campaign, because I have the tools to do that in a way that cannot be ignored. So in the next few days, I'm taking over YouTube. Every time you look for one of the songs I've written or listen to a playlist that has one of my songs in it, an ad will appear and you'll see me talking. Instead of skipping the 'pre roll ad' viewers will be invited to listen. Because what we created is not an ad – but material designed to make you think, act and hopefully also contribute by signing our petition. " 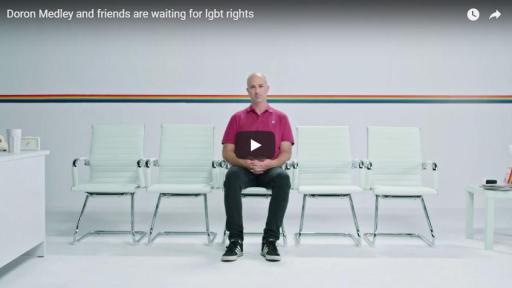 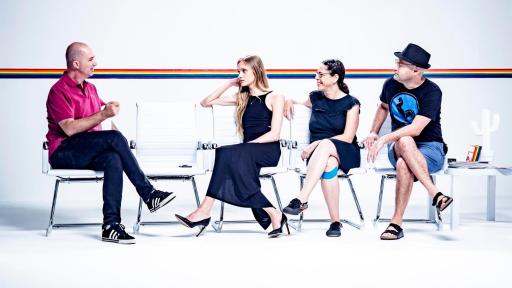 Doron Medalie hosts Stephane Legar- Israel’s social media sensation for a one on one conversation. Legar born in Israel to Togolese parents is a model, Hip-Hop dancer and singer that is no stranger to prejudice but is altering people’s perceptions. 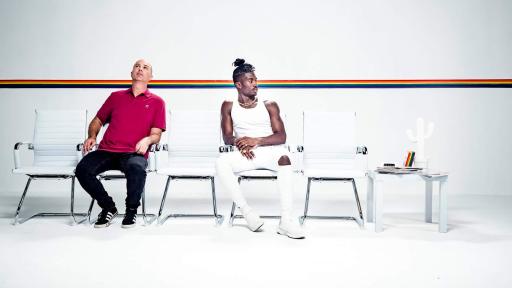 About Doron Medalie
Doron Medalie is an Israeli songwriter, composer and artistic director. His song “Toy” won the Eurovision Song Contest in 2018. A graduate of the School of Music, Habima National Theatre and Alon high-school for the performing arts, he is one of Israel's most successful hit-makers.  Doron has written over 250 songs, ballads, Middle Eastern pop songs, children songs, soundtracks and theme songs for TV for some of Israel’s most prominent artists and shows. As an outspoken gay man, Medalie is a well-known activist for Israeli LGBT rights.  To learn more, he can be found on Facebook or his body of work is available on YouTube.

About The Aguda
The Aguda - Israel's LGBT Task Force was founded in 1975 as a non-profit organization for the LGBT community. Since its establishment the Aguda has striven to improve the LGBT community's standing in Israel to achieve equal rights, and security. The Aguda works in partnership with all the LGBT organizations in Israel. To learn more about The Aguda, visit www.lgbt.org.il/english, like on Facebook or follow on Twitter.

About BBR Saatchi & Saatchi
BBR Saatchi & Saatchi, a member of the Publicis Groupes network, has a client list that includes American Express, Mazda, Ford, Unilever, Strauss Food Group, Super-Pharm Drugstores, Estee Launder, Sprite, Clinique, Carlsberg, The Peres center for Peace and many more. The agency is one of the most-awarded in Israel, having been named “Agency of the Year” 3 years in a row by the Israeli the trade press. No other Israeli agency has won more awards at the Cannes Lions International Festival of Creativity in Israel than BBR Saatchi & Saatchi. The agency is a brand strategy, design and innovation agency dedicated to transforming the futures of ambitious brands and businesses. Built around the belief that the best way to change a consumer’s perception of a brand or issue is to change the way they experience it, we ask provocative questions until we unlock a new way to see the consumer, the brand or the organization. BBR Saatchi & Saatchi innovates across categories such as technology, fashion, shopping and retail. Like us on Facebook.