Philadelphia, USA, May 16th, 2019 -- Philadelphia hosted a delectable event on May 15th, "Have an Olive Day," featuring the prestigious Spanish chef José Andrés, as the campaign’s brand ambassador.  Chef Andrés has been twice named by TIME Magazine as one of its 100 Most Influential people.  In its final year, this initiative is promoted by Olives from Spain, with the financial support of the European Union.

This campaign has centered on celebrating the benefits and versatility of this tasty and healthy food - a natural source of antioxidant vitamin E and central element of the Mediterranean diet.  As brand ambassador, José Andrés communicated to the media by not only telling but allowing them to taste the great quality dishes that can be created through the variety of European olives available.  Chef Andrés is a great advocate of olives, due to his European origin, and he uses them in a variety of dishes as a star ingredient.

Travel + Leisure Magazine named Philadelphia the Best Food City on the East Coast in 2018, the birthplace of the United States continues to impress and excite the food scene.  It makes a perfect stop to highlight one of the main products in gastronomy today and a place where consumers are looking for inspiration and culture in their cuisine.  Other locations for “Have an Olive Day” have included Los Angeles, Miami, New York and Chicago.

The event was held in a premier location, The Versailles Residences roof deck and private resident space, at 16th and Locust Street in Center City.  There, the chef explained to the journalists the details of the campaign with several audiovisuals while he described the qualities of the olives. Varieties like Queen, Manzanilla or Stuffed with Pimiento that are admired in Europe were highlighted through a careful menu adapted to the delight of guests.

‘Ferran Adrià’ liquid Queen olives, Philly cheesesteak with Queen olives, and a Mediterranean rice with olives stuffed with Pimiento are just some of the original creations that were tasted.

Olives are more than a versatile food, they are an economic driver. The US is the world's first consumer of table olives outside the EU; a market of 400 million euros per year. 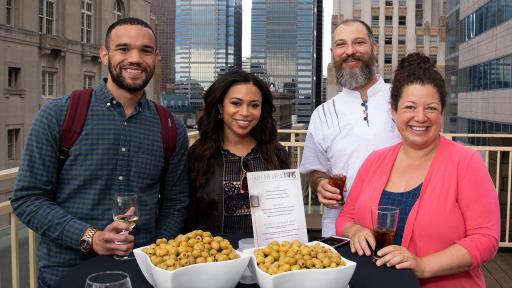 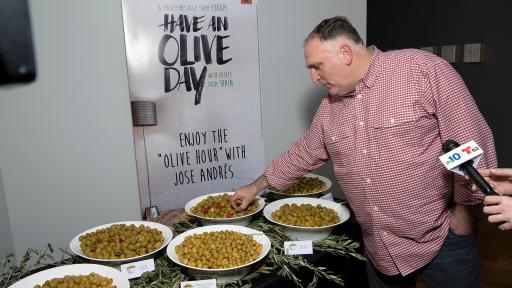 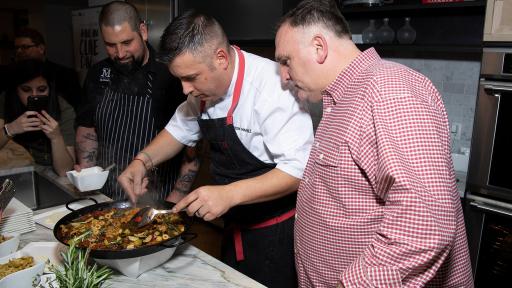 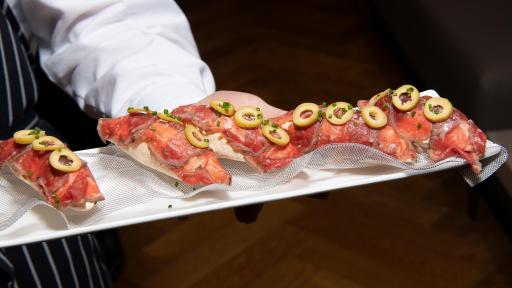 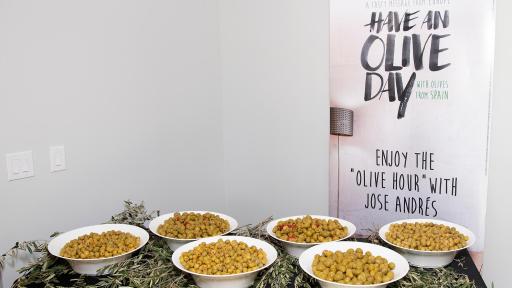 About INTERACEITUNA and Olives from Spain
INTERACEITUNA is the Interprofessional Organization of Table Olives recognized by
the Ministry of Agriculture, Fisheries and Food that represents the whole sector for producing, processing and marketing table olives. Created to implement different programs and activities of general interest, INTERACEITUNA promotes knowledge of Spanish table olives and carries out research and development related to production and production techniques. INTERACEITUNA has partnered with the European Union to promote this product.