Have an Olive Day! With Olives from Spain Conquers the Summer Fancy Food Show in New York City Again 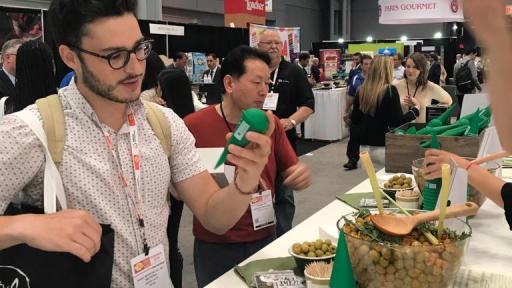 Have an Olive Day! With Olives from Spain Conquers the Summer Fancy Food Show in New York City Again

One of the star products of the Mediterranean Diet, the table olive, returned to the exclusive showcase of food and drinks for producers and buyers of New York City, The Summer Fancy Food Show.

New York, June 26th 2019 -- Olives from Spain and their campaign Have an Olive Day! returned for the third consecutive year, to one of the most important gastronomic fairs in the HORECA sector in the US, attended by more than 17,000 professionals each year. This campaign has the support of the prestigious chef José Andrés, and with an investment of 7.5 million euros in 3 years.

It provides a new opportunity to discover, enjoy and share the quality, versatility and variety of olives, the most authentic Mediterranean snack.

The European tradition travels the world
The US imports more than 155 million pounds of European olives per year, reaching more than 120 markets worldwide. In fact, 95% of the pepper-filled olives consumed by Americans come from the European country of Spain.

Thanks to these past two years of the campaign, American consumers identified some of the varieties and uses of this versatile product, which allows the creation of recipes of all kinds. However, the high gastronomic potential offered by olives is not known in its entirety and for that reason, showing the infinite number of elaborations with olives as protagonists, is still the main goal of "Have an Olive Day!"

With a presence at trade shows such as the Summer Fancy Food Show in New York, one of the most important food fairs in the USA and through actions in different areas of the media, the sector brings the infinite gastronomic possibilities of olives to consumers and professionals around the country.

This year chef Alberto Astudillo was also present, who with his original dressings delighted the attendees, who enjoyed all the variety and flavor of European olives. During the 3 days of the fair, everything related to olives was divulged and some combinations were tasted, such as olives with chilli peppers and walnuts, olives with goat cheese and paprika or crackers with olives and ginger.

Read More
A demonstration at the 'Have an Olive Day' stand. 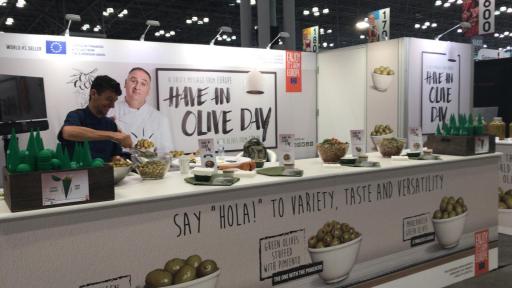 Olive dressings at the 'Have an Olive Day' stand. 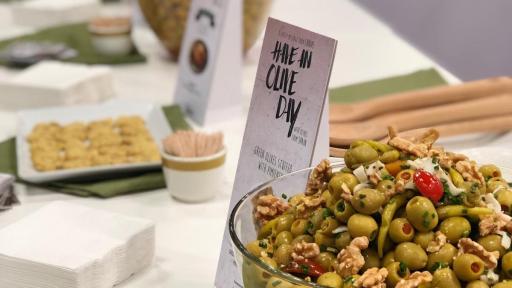 CNBC channel at the 'Have an Olive Day' stand. 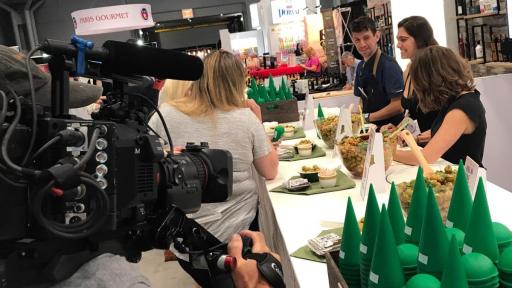 JOSÉ ANDRÉS, an extraordinary ambassador
The popular chef José Andrés actively supports and collaborates with the campaign promoting European table olives in the US. A lover of olives and a faithful defender of the Mediterranean Diet for more than 20 years, he has created and managed some of the most successful restaurants, and he has become a well-known presenter of important television programs, defending healthy habits and in 2012 and 2018 he was one of the 100 most influential people in the world by Times magazine. In addition to being named Humanitarian Person of the year by the James Beard Foundation this past year and win the American Express Icon Award 2019 this month.

About INTERACEITUNA
INTERACEITUNA is the Interprofessional organization of table olives recognized by the Ministry of Agriculture, Fisheries and Food that represents the entire sector to produce, process and market table olives. Created to implement different programs and activities of general interest, INTERACEITUNA promotes knowledge of Spanish table olives and carries out research and developments related to production and production techniques. INTERACEITUNA has partnered with the European Union to promote this product.