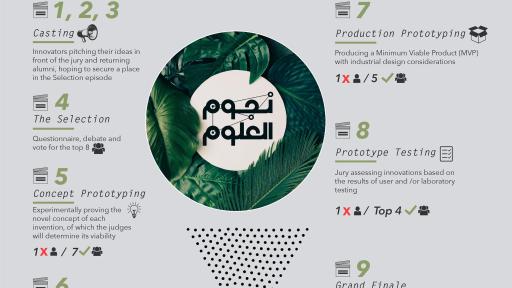 Doha, Qatar, September 7, 2019: Qatar Foundation’s (QF’s) Stars of Science returns for its 11th season on September 13 with a brand-new format, introducing a host of changes that reflect an added emphasis on sustainability and collaboration, as it continues to provide a platform for Arab innovators to develop technological solutions that address the region’s challenges.

Since it first aired in 2009, Stars of Science, the premier pan-Arab ‘edutainment reality’ TV show, has invited Arab inventors between the ages of 18-35 from around the world to design technologies that have an impact on their communities. This year, contestants will be encouraged to create sustainable technological solutions that aim to benefit people’s health, make their daily lives easier, and protect the environment.

“The world needs sustainable technologies now more than ever,” said Khalifa E. Al-Kubaisi, Manager of Media Relations & Press Office at QF. “Stars of Science recognizes that addressing the challenges of our time means developing solutions that meet the demands of the communities they serve.”

“Under the supervision of our expert judges, Arab innovators have the opportunity, through Stars of Science and QF’s commitment to offering pathways for transforming ideas into impact, to make a difference in their home country and throughout the region,” Al-Kubaisi noted.

Season 11 of Stars of Science introduces several changes to the show’s format. The nine-episode series will follow the path of eight contestants and their projects, as they compete in an innovation marathon including several rounds of conceptualization and prototyping, and a decisive round of testing, before the final episode.

In small groups, the jury will competitively assess the participants and eliminate the weakest project in every episode. The show will also host leaders of science, technology, engineering, and mathematic (STEM) institutions in Qatar, who will provide the contestants with realistic opportunities and challenges.

One major change, highlighting the collaborative platform that all eight contestants share, is a new state-of-the-art innovation space. A large, open area with designated workstations throughout, it provides an opportunity for the innovators to exchange ideas and gather feedback from each other as they work on their projects.

The familiar Stars of Science jury, Professor Fouad Mrad, Professor Abdelhamid El-Zoheiry, and Dr. Khalid Al-Ali, are returning to judge projects and provide the contestants with constructive criticism and guidance throughout Season 11.

“Collaboration is at the heart of any great invention,” said Dr. Khalid Al-Ali, Stars of Science jury member. “While a great idea may spring from one mind, it takes a tenacious collective effort to make it an impactful reality. The new season promises to introduce groundbreaking technologies and to give viewers an exciting glimpse into the kind of collaborative effort needed to bring innovations to life.”

Innovators from past Stars of Science seasons have mentored several contestants, and this year, members of the show’s alumni network will return to help with casting as well as to co-host alongside long-time host, Khaled Al Jumaily, in the evaluation episodes.

The Stars of Science community has been making a substantial impact throughout the world. This growing innovation family, which now comprises 139 members across 18 countries are generating more than $14 million in revenues, crowdfunding, and research funds, while winning an array of regional innovation awards.

Watch the season premiere on September 13. For a full broadcast guide to Stars of Science Season 11, visit www.starsofscience.com 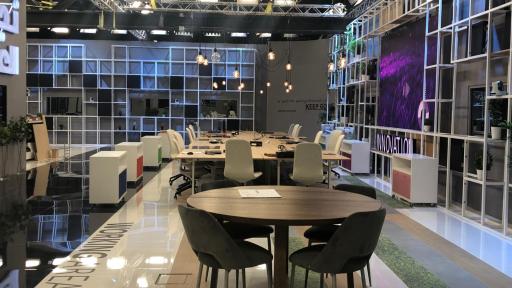 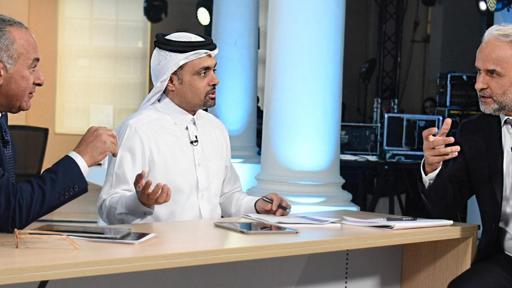 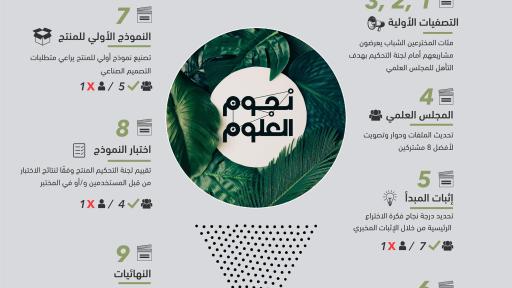 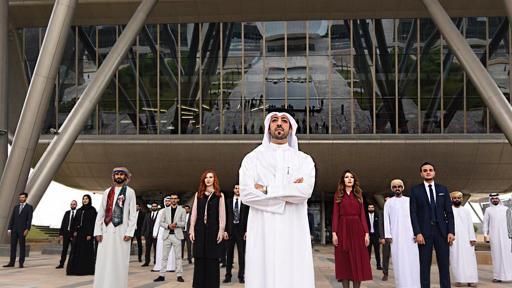 Over a nine-week process, the contestants demonstrate the effectiveness of their solutions in a shared innovation space, competing against time with the support of a team of experienced engineers and product developers. An expert panel of jurors assess and eliminate innovators and their projects every week across several prototyping and testing rounds, until only four finalists remain to compete for a share of $600,000 in seed funding. Jury deliberation and online voting from the public determine the rankings.

Stars of Science will air every Friday from September 13, 2019 to November 8, 2019. Please visit the broadcast guide for channels and timings.