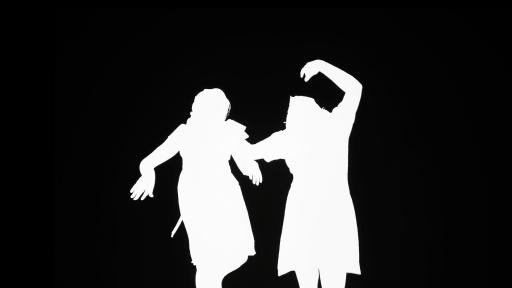 Gothenburg, March 9, 2020 -- The Hasselblad Foundation is pleased to announce that Alfredo Jaar is the recipient of the 2020 Hasselblad Foundation International Award in Photography for the sum of SEK 1,000,000 (approx. USD 100,000). Alfredo Jaar is the 40th winner of the Hasselblad Award. The award ceremony will take place in Gothenburg, Sweden, on October 19, 2020. The following day, October 20, an exhibition of Alfredo Jaar’s work will open at the Hasselblad Center. A book about the artist will be published by Verlag der Buchhandlung Walther König, with an essay by Jacques Rancière.

The Foundation’s citation regarding the Hasselblad Award Laureate 2020, Alfredo Jaar:

Alfredo Jaar explores complex socio-political issues, bringing to the fore the ethics of representation. Through quiet and meditative works, Jaar confronts issues of great magnitude, bearing witness to humanitarian disasters and attesting to the impact of military conflict, political corruption and economic inequality throughout the world. His photographs, films, elaborate installations and community-based projects provocatively disturb common perceptions of reality. At the heart of his practice is what Jaar refers to as the politics of images, questioning the way we use and consume images, while pointing to the limitations of photography and the media to represent significant events.

The Hasselblad Award Jury which submitted its proposal to the Hasselblad Foundation’s Board of Directors, consisted of:


“I feel extremely honoured and proud to receive this incredible acknowledgment. I would like to express my awe and deep gratitude to the Hasselblad Foundation and some of the former recipients of this award who have taught me so much, like Daido Moriyama, Bernd & Hilla Becher, Robert Frank, Susan Meiselas, William Klein and Henri Cartier-Bresson.I have focused the totality of my practice on the politics of images and this generous recognition gives me the support and strength to continue my journey in these dark times,” says Alfredo Jaar.

“Alfredo Jaar’s poignant works and uncompromising research into the politics of images touch on aspects that are critical for photography. At the same time his art transcends media specificity, focusing our attention to burning matters of concern,” note Louise Wolthers and Dragana Vujanović Östlind, curators of the Hasselblad Award exhibition.

“Alfredo Jaar has made significant contributions to the history of photography by addressing the politics that govern the production and circulation of images, showing us the economic and social implications embedded in the act of seeing, as well as our responsibilities as spectators of images,” notes Thyago Nogueira, Chair of the Hasselblad Award Jury 2020.

Alfredo Jaar was born in Santiago, Chile, in 1956. He studied architecture and filmmaking, graduating from the Instituto Chileno Norteamericano de Cultura in 1979, and Universidad de Chile, Santiago, in 1981. Jaar emigrated from Chile in 1982, at the height of Pinochet’s military dictatorship. His exhibition at Fundación Telefónica in Chile, Santiago (2006), was his first in his native country in 25 years. Jaar lives and works in New York.

Throughout his career, Jaar has addressed contentious themes. The Sound of Silence (1995) is a film installation based on the Pulitzer Prize-winning photograph of a starving boy and a vulture taken by South African photojournalist Kevin Carter during the famine in Sudan in 1993. Alfredo Jaar’s installation consists of a space with a wall of fluorescent lights on the outside that blinds the viewer. Inside a film is shown describing Kevin Carter’s photograph and the critical reactions it caused, which culminated in Carter’s suicide. The photograph and its reception pointed to the role and responsibilities of a spectator when faced with human suffering. Jaar’s work masterfully probes central journalistic issues concerning the politics and ethics of images, information and narratives.

Searching for Africa in LIFE (1995) focuses on the absence of references to Africa in LIFE magazine. It is a collection of 2,128 chronologically sequenced covers of the magazine from the first issue in 1936 to the last in 1996. Jaar uses a similar strategy in the work titled From TIME to TIME (2006) which again brings to the surface the racism that governs the perception of the African continent in the Global North.

Jaar’s best known long-term work, the seminal Rwanda Project (1994–2000), is a response to the silence, indifference and inaction of the Global North to the events in Rwanda that claimed over one million lives. Through a variety of means, including survivors’ testimonies and pictures, the works reveal the world’s silence in the face of genocide, testing the visitor’s desensitization to images of violence and probing the limited capacity of art to represent tragedy.

Alfredo Jaar has made numerous public interventions, such as The Skoghall Konsthall (2000), a one-day art gallery made of paper in the small town of Skoghall, Sweden. The art gallery was set on fire as an attempt to visualize the absence of cultural institutions in the community. Other examples of public interventions are the electronic billboard A Logo for America (1987) and The Cloud (2000), a performance project on both sides of the Mexico-USA border.

About the Hasselblad Foundation

The Hasselblad Foundation was established in 1979 under the terms of the last will and testament of Erna and Victor Hasselblad. The purpose of the Foundation is to promote scientific education and research in photography and the natural sciences. The Foundation’s annual international award for outstanding achievements in photography is considered one of the most prestigious photography awards worldwide.

The Foundation holds a photography collection focusing on Hasselblad Award Winners and Nordic photographers. The Hasselblad Center is the Foundation’s exhibition space, situated in the Gothenburg Museum of Art. Further stipends for photographic advancement are awarded each year and the Foundation itself is engaged in the field of academic and artistic research through the publication of books, symposiums and collaborations with Swedish and international universities.