Dubai, United Arab Emirates – 22 May 2020: A new initiative to promote international cultural understanding through the power of books and words has been launched by the Emirates Literature Foundation.

Called ‘Literary Conversations Across Borders’, the project will use a digital platform to host Emirati writers and commentators in live discussions with high profile experts from around the world on a variety of critical topics.

The series will launch on Saturday 30 May 2020 at 17:30 (GST) UAE, 14:30 (BST) UK, 19:30 (IST) India, 09:30 (EDT) US, with the intellectual, writer and Indian politician Shashi Tharoor and His Excellency Zaki Nusseibeh Minister of State: Office of Cultural Diplomacy UAE who will debate how the events of 2020 will change the course of history, for better or worse.

Isobel Abulhoul, CEO and Trustee of the Emirates Literature Foundation said that the project was timely and that it was important to continue international dialogue during the current crisis: “Having these conversations across cultures strengthens our bonds and brings greater appreciation of the topics that affect us in the world today, no matter where we live. We originally planned ‘Literary Conversations Across Borders’ as a travelling project, taking Emirati authors and experts to book fairs and literary festivals throughout the world. World events have conspired to make that not possible at the moment, however we have grasped the initiative and re-designed it, with discussion being taken into the heart of people’s homes, recognising the common concerns, joys and sorrows that affect us all, no matter who we are.”

Future editions of the series will feature Jane Goodall, one of the world’s best-known scientists and environmentalists on 6 June in a discussion with the UAE Minister of State for Food Security, Her Excellency Mariam bint Mohammed Al Mheiri.

Will science be the new religion in the post-pandemic world? is the question that will be posed in a frank examination by His Excellency Omar Ghobash Assistant Minister, Office of Cultural Diplomacy and Lesley Hazleton, award-winning journalist and author of The First Muslim. They will consider whether an increased appreciation for the factual certainties of science, following the leading role it has played in tackling the pandemic, will have an impact on our belief systems based on the intangibles of faith, hope and trust. This debate will take place on 13 June.

There will be eight sessions in this first series. Further details and more authors will be announced shortly. 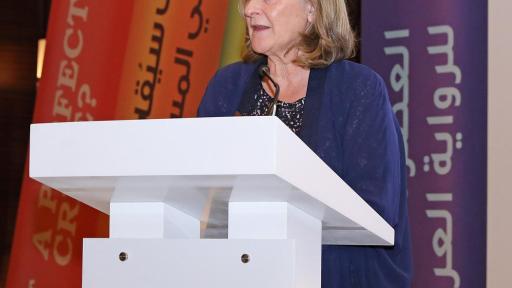 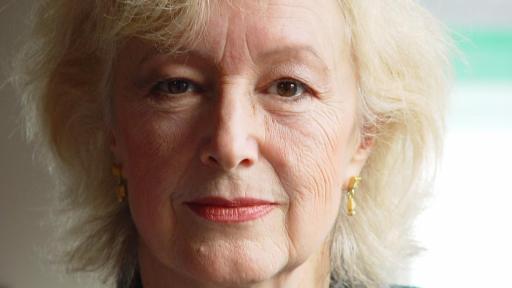 About the Emirates Literature Foundation:
The Emirates Literature Foundation is a not-for-profit organisation which supports and nurtures a love of literature in the United Arab Emirates and the region, through a programme of varied cultural initiatives.
Established in 2013 by Royal Decree issued by His Highness Sheikh Mohammed Bin Rashid Al Maktoum, Vice-President and Prime Minister of the UAE and Ruler of Dubai, the Foundation aims to foster a love for literature, with a focus on the Arabic language.
In line with the National Reading Policy of the UAE, the Foundation has implemented several long-term projects including the School Librarian of the Year Award and the annual Arabic Language Week, as well as conducting year-round student education programmes, book clubs and creative writing courses. The Foundation’s previous initiatives included the 2016 Dubai Translation Conference and the 2017 Dubai International Publishing Conference, which hosted a number of international participants.
The Foundation is also the governing body of the Emirates Airline Festival of Literature, the UAE’s premier literary festival, which will be held 2– 6 February, 2021.