Havana, November 25th, 2020 Habanos, S.A., through its exclusive distributor for Germany, Austria and Poland, Fifth Avenue Products Trading-GmbH, has presented the new vitola H. Upmann Connossieur No.2 (51 ring gauge and 134 mm length) for the first time in a world premiere.

This launch is has been presented in a natural wood sliding box with glassine paper and Sandra ribbon and consists of 25 cigars made "Totalmente a Mano con Tripa Larga"- Totally Handmade with Long Filler-, following a careful selection of the wrapper, filler and capote leaves from the Vuelta Abajo*  region, where the considered  world’s best tobacco is grown.

With this new vitola, H. Upmann is incorporating the 51 ring gauge into the brand for the first time, as well as into the Habanos, S.A. portfolio. This Habano with its similar format and light strength, joins the standard portfolio to enrich the Línea Connossieur* which has achieved great success and recognition within the brand. 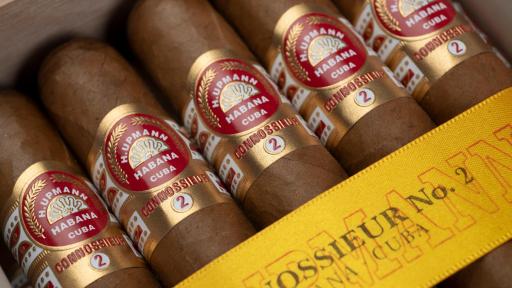 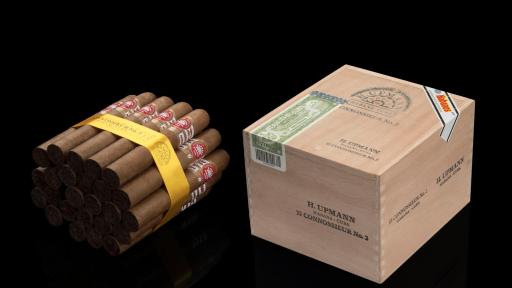 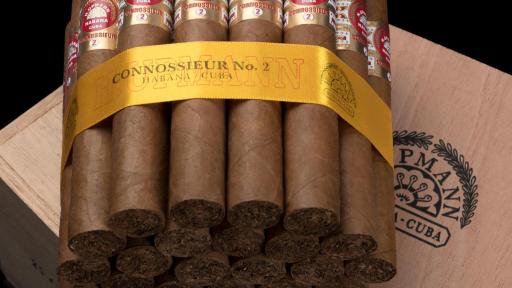 The presentation of H. Upmann Connossieur No.2 took at the Sage restaurant, located in a restored post-industrial building in the city of Berlin, by the river Spree. This has been a hybrid event that combined the interviews and tastings in the face-to-face format, with a virtual element where virtual attendees were able to interact with those present by asking questions, sending voice messages or through the group chat. There has been a total of 350 online attendees.

Through this event, attendees had the opportunity to participate simultaneously in the first exclusive tastings of the new H. Upmann Connossieur No. 2. Each participant was given a "welcome pack" which includeed an H. Upmann Connossieur No.2 in a tube, matches, cigar cutters, miniature ZIEGLER drinks, chocolate from the German brand Sabine Dubenkropp and information on the launch.

H. Upmann is one of the oldest brands of Habanos. It was created in 1844 by the Upmann brothers, who have managed to keep their brand alive until today, being considered an example among the most refined Habanos with a light to medium strength. Quality is one of the brand’s most characteristic elements, demonstrated by the gold medals that adorn its image, obtained by the brand in no less than eleven international fairs during the 19th century.

Fifth Avenue Products Trading-GmbH is the official distributor of Habanos, S.A. for Germany, Austria and Poland. Together with Habanos, S.A. in 1989, Heinrich Villiger founded the world's first joint venture for the exclusive import and distribution of Habanos cigars. Today, sells all 27 brands of the Habanos portfolio.