S.Pellegrino, with its S.Pellegrino Young Chef Academy, is thrilled to reveal some exciting news about the Grand Finale 2021 that this year will offer even more relevant contents, training opportunities and contemporary visions to the global chef community;

Stefano Bolognese, Sanpellegrino International Business Unit Director: “We are excited to welcome the international Gastronomy community to Milan. One year ago, we launched the S.Pellegrino Young Chef Academy, as an inspiring community where talented young chefs connect with the most influential members of the gastronomic world, and are empowered with a plan of education, mentoring and experience opportunities. The S.Pellegrino Young Chef Academy competition is one of the key activities of the project and the primary tool that we have to reinforce our commitment: stimulate and nurture meaningful creativity, able to push a continuous evolution within not only the Gastronomy sector, but also the whole society. It’s what has made the Grand Finale, that we are going to live together, such an important date for us and in the global culinary calendar, too.” 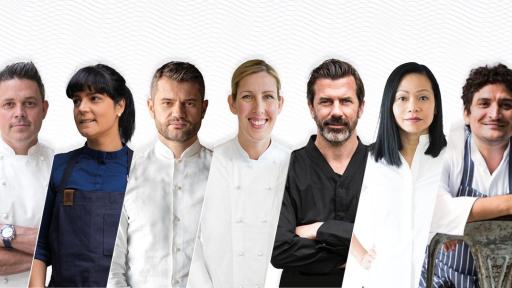 The 12 regional winners that will compete for the title of S.Pellegrino Young Chef Academy 2021 global winner. 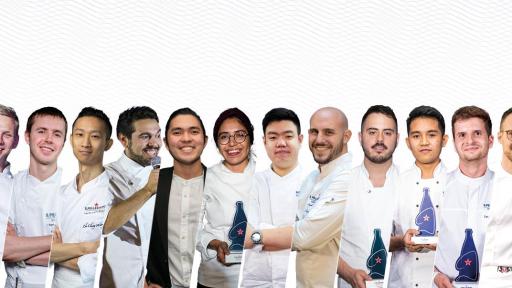 THE COMPETITION SO FAR AND THE FINALISTS

This edition of the competition was more impressive than ever, seeing applicants from all over the world to take part. With S.Pellegrino’s commitment towards gender balance and inclusivity, the percentage of women registered among the candidates increased to more than 10% since 2015. All over the globe, 135 young chefs passed the preliminary selections and took part in live cook-offs in front of international jury panels from the participating countries of the 12 regions.
The S.Pellegrino Young Chef Academy regional winners arrive at the Grand Finale after a mentorship path during which, thanks to the support of a Senior Chef, they were able to refine their signature dishes.

The 12 regions and the respective S.Pellegrino Young Chef Academy winners are:

At the Grand Finale, the selected young chefs will cook in front of the Seven Sages, an esteemed jury panel made up of seven world renowned chefs, who will judge their dishes to find the final winner of the S.Pellegrino Young Chef Academy 2019-2021 competition.

The prestigious line-up of big-name chefs will be composed by seven chefs from around the world: Enrico Bartolini, Manu Buffara, Andreas Caminada, Mauro Colagreco, Gavin Kaysen, Clare Smyth and Pim Techamuanvivit. The jurors will be judging the finalists based on three key attributes – technical skills, creativity, and personal belief – as well as the candidates’ potential to create positive change in society through food. The chef who displays these attributes most successfully will be crowned the S.Pellegrino Young Chef Academy 2021 winner.

In addition, this year’s culinary journey will also host a one-day S.Pellegrino Young Chef Academy Brain Food Forum curated by Fine Dining Lovers, the online leading voice in gastronomy by S.Pellegrino and Acqua Panna. “Brain Food” will host Massimo Bottura, Virgilio Martinez and the Seven Sages as speakers. Sharing their experiences and opinions, the guests will inspire all the young chefs and real food enthusiasts who attend the event, with ideas and reflections related to the world of gastronomy.

This year’s competition introduced three new awards to reflect S.Pellegrino’s belief in and support of the transformative power of gastronomy and its impact beyond the kitchen. These awards were available at the Regional level and all of the 36 winners of these awards will also be invited to attend the Grand Finale, affording them another opportunity to network with some of the biggest names in gastronomy from around the globe.

The three awards that complement the existing S.Pellegrino Young Chef Academy award are:

This award will be voted for by the 12 mentors, one from each region, and will go to the chef whose signature dish best reflects the perfect connection between different cultures. The purpose of the award is to emphasize the growing trend in global gastronomy of “Chefs without Borders”.

This award will be decided by an internationally recognized voice on sustainability in food, selecting the chef who puts forward the dish that best represents the principle of food as a result of socially responsible practices.

This award will be voted for by the online Fine Dining Lovers community, foodies, chefs and fans of gastronomy all over the world, and will be awarded to the young chef who best represents his/her personal belief within his/her dish.

About S.Pellegrino and Acqua Panna

S.Pellegrino, Acqua Panna and Sanpellegrino Italian Sparkling Drinks are international trademarks of Sanpellegrino S.p.A., which is based in Milan, Italy. Distributed in over 150 countries through branches and distributors on all five continents, these products represent quality excellence by virtue of their origins and perfectly interpret Italian style worldwide as a synthesis of pleasure, health and well-being. Founded in 1899, Sanpellegrino S.p.A. is the leading company in the beverage sector in Italy with its range of mineral waters, non-alcoholic aperitifs, drinks and iced teas. As a major Italian producer of mineral water, it has always been committed to enhancing this primary good for the planet and works responsibly and passionately to ensure that this resource has a secure future.