Neymar Jr will be working with a select team known as the Cultural Collective on a series of exciting experiences and one-off activities which will reward the PokerStars community.

Neymar Jr has handpicked artists across the world to join the Collective and each curate a bespoke deck of playing cards that represent the culture and inspiration that he draws from the world around him. Alongside Laurie from Kent, Neymar Jr is working with Brazilian artist Pedro Gomes and French artist Kashnik.

Laurie has designed a limited-edition deck of playing cards exclusively for the PokerStars community. Only a select number of decks will be available, and they will be rewarded to the community through surprise and delight giveaways and campaigns across PokerStars social platforms and more. 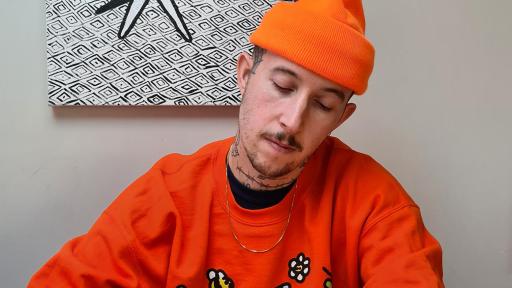 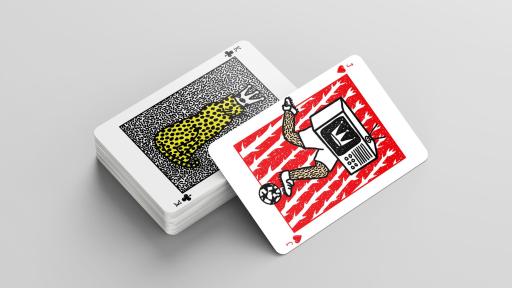 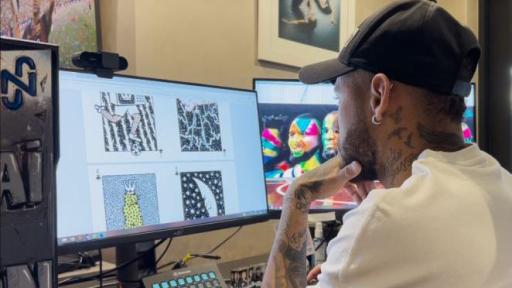 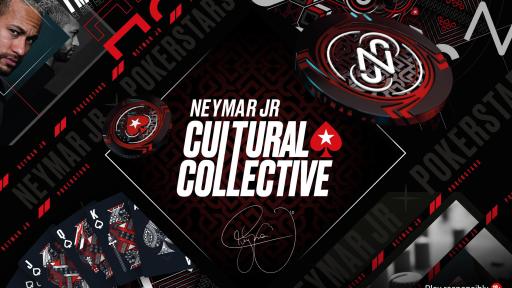 Earlier this year, Neymar Jr announced his new role as PokerStars’ Cultural Ambassador. His position allows him to work closely with PokerStars on a series of creative projects inspired by the world of culture - from art and design to music and fashion. Bringing his passions and interests to the table, he will be shaking up poker with the Cultural Collective.

Speaking about the recruitment of Laurie Vincent to the Cultural Collective, Neymar Jr said “Cards are the centre of every poker game so this collaboration with Laurie felt like the perfect way to shake up the game. He’s not afraid of bold designs – much like myself – and I’m excited to gift these to the PokerStars community.”

Laurie Vincent said, “I love applying my artwork and style to different products. So I jumped at the chance to design a pack of playing cards when I was approached by Neymar Jr to be part of the PokerStars Cultural Collective. I was inspired by Neymar Jr’s bold style on and off the pitch and included that strong identity in my designs. I don't think there is a much bolder animal than a cheetah, a fur of yellow and black spots. Iconic.”

With the announcement of his new role as Cultural Ambassador, Neymar Jr also curated a series of music playlists in partnership with PokerStars, providing the ultimate soundtrack for every type of poker game. Listen to Neymar Jr’s favourite songs here, from artists including The Weeknd and MC Niack.

The collaboration coincides with the launch of a new poker product, Neymar Jr Kick Off, combining his passions for poker, football and innovation, to create a football-inspired poker experience that is unique to PokerStars and provides players with the chance to win up to $50,000. Try Neymar Jr’s Kick Off here.

This is only the start of the journey, with more to be revealed at Neymarjr.pokerstars.net/en.

18+ only. BeGambleAware.org. Play Responsibly! For more information on responsible gaming please visit our website at https://www.pokerstars.uk/about/responsible-gaming/

PokerStars operates the world’s most popular online poker sites, serving the global poker community. Since it launched in 2001, PokerStars has become the first choice of players all over the world, with more daily tournaments than anywhere else and with the best online security. More than 200 billion hands have been dealt on PokerStars, which is more than any other site.

Laurie Vincent grew up in Maidstone, Kent and currently lives in Brighton. Laurie is a guitarist and vocalist of Slaves, the English punk duo which formed in 2012. The duo released their debut album Are You Satisfied? In 2015. The album was nominated for the 2015 Mercury Music prize. Their second album, Take Control, was released in 2016, reaching number 6 in its first week on the Album charts.

Laurie is also a painter, and his work has been shown in various venues around the UK such as Hoxton Arches, Amersham Arms, A-side B-side Gallery and Whistleblower Gallery. His paintings, bold and expressive, powerful and rich in cultural references, show a clear influence by artists such as Jean-Michel Basquiat, Raymond Pettibon, Barry McGee and Keith Haring, and is inspired by his life as a musician and his travels.