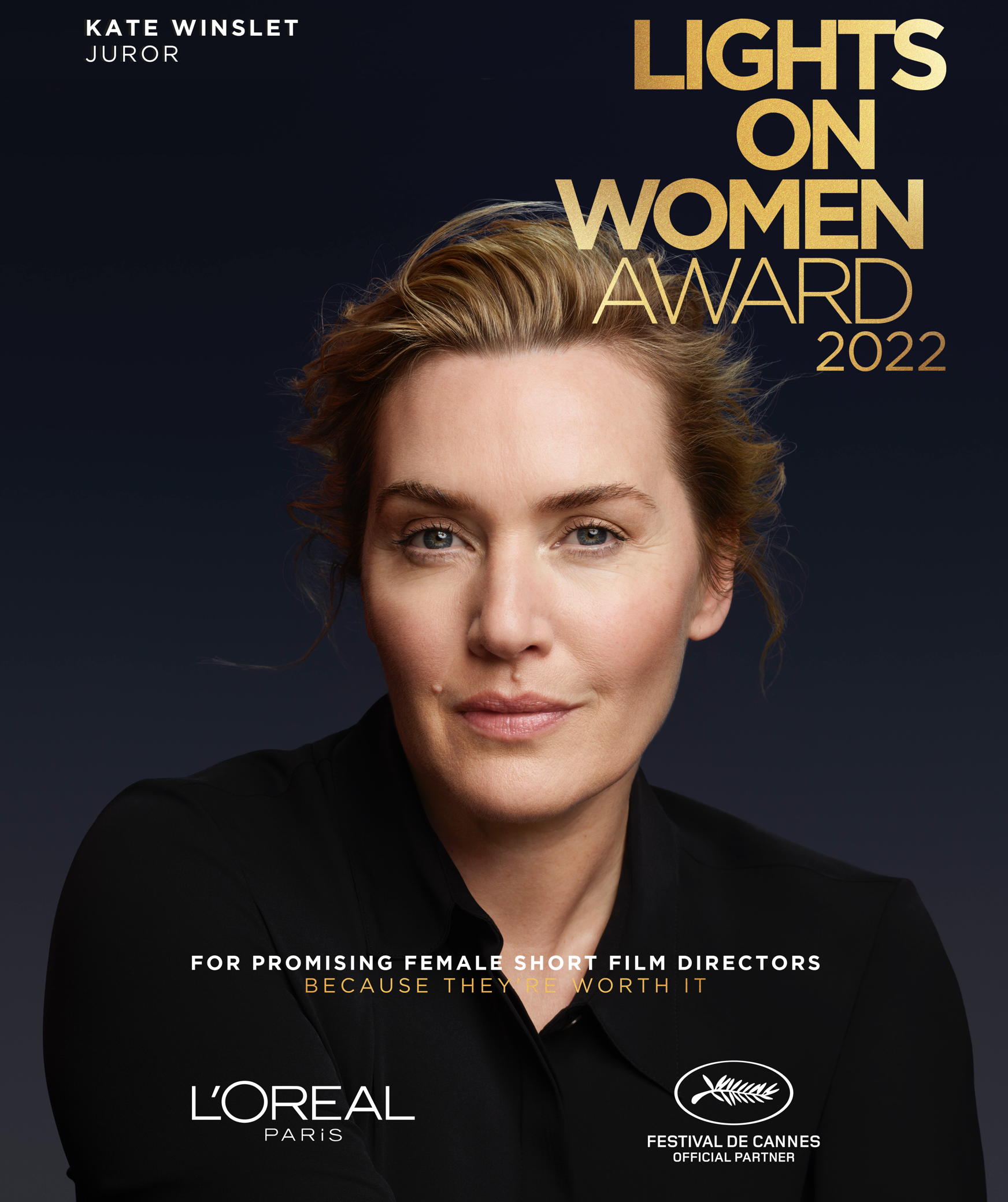 In 2022, the world’s leading beauty brand welcomes an iconic cast of spokespeople and honours one promising female short film director in the second annual edition of the Lights On Women Award

Cannes, France, 26 April, 2022 –– Today, L’Oréal Paris returns to the Festival de Cannes to celebrate 25 years as Official Partner. A landmark anniversary for the world’s leading beauty brand, L’Oréal Paris will once again honour one promising female short film director in the second annual edition of the brand’s signature Lights on Women Award program. The winning film will be chosen from the Short Films Competition and La Cinef's selection at Cannes. This year, the Award will be presented in person by Academy Award-winner, L’Oréal Paris spokesperson and Juror, Kate Winslet, at the Jeune Cinéma dinner on May 27, 2022. For this milestone year, L’Oréal Paris will also welcome its iconic family of spokespeople to Cannes, who will walk the red carpet on the brand’s behalf and come together to celebrate an inclusive and empowered vision of beauty. To mark the occasion, an exclusive anniversary dinner with the L’Oréal Paris family and friends of the brand will be hosted to pay tribute to the 25 years of partnership on May 18, 2022.

CELEBRATING WOMEN IN CINEMA FOR 25 YEARS

The L’Oréal Paris Family Returns to Cannes From across continents and cultures, the L’Oréal Paris spokespeople in attendance at the 2022 Cannes Film Festival will include iconic actors and actresses who embody beauty in all its diverse forms. Among them are:

*First time attending Cannes on behalf of the brand.

These exceptional individuals of different backgrounds reflect the diversity of L’Oréal Paris customers––whatever their age, whatever their origin––and uphold the feminist values at the heart of the brand.

25 Years of Beauty Expertise, Glamour, and Innovation. As Official Makeup Artist to the Cannes International Film Festival since 1997, L’Oréal Paris is proud to continue to support the world of cinema, bringing what’s new in beauty to the film industry’s most significant global gathering. This year the brand will host 30 makeup artists from around the world, led by L’Oréal Paris creative genius Val Garland, to create unforgettable makeup looks throughout the duration of the Festival.

Delphine Viguier-Hovasse, Global Brand President, L’Oréal Paris, says, “Twenty-five years at Cannes is an incredible milestone. Throughout this historic partnership, we have always aimed to bring our brand’s beauty expertise to the forefront of the Festival, while also honouring the best cinematic talent from around the world. This year’s Lights on Women Award will continue to break down barriers and encourage talented female filmmakers to achieve their dreams. As we look ahead to the next 25 years, my hope for the future is that this kind of award won’t even be necessary, as women who make cinema continue to take their rightful place in the industry.”

Lights On Women Award: Reshaping the Film Industry Through Recognition and Visibility. The global film industry has historically underrepresented women, both in front of and behind the camera, with only 17% of women in directorial positions on top-grossing films, and only 25% working in key behind the scenes roles(1). Further amplifying L’Oréal Paris’ message of self-esteem and empowerment, the Lights on Women Award is a unique recognition that offers the winner financial support of up to 20 000€. The final awards selection will be determined and announced by Academy award-winner and L’Oréal Paris spokesperson and Juror, Kate Winslet, who will attend the prize ceremony at the Jeune Cinéma dinner in person at Cannes on May 27, 2022.

Actor Kate Winslet adds, “The Lights On Women Award plays a vital role in bestowing much needed praise on today’s female creators––women who are much too often passed over for their male counterparts in this industry. The sheer beauty and force of last years’ inaugural film moved me to tears, and I am honoured to play a part in continuing this important program, which offers a pathway for women in film to propel their careers forward.”

2021 Reminder: Lights On Women Award’s Inaugural Winner Aleksandra Odić from Germany took the top honour for her 22-minute film, Frida, from the 11 selected short films, depicting an encounter between a young nurse and her patient. In recognition of her accomplishment, Odić received financial support from L’Oréal Paris. 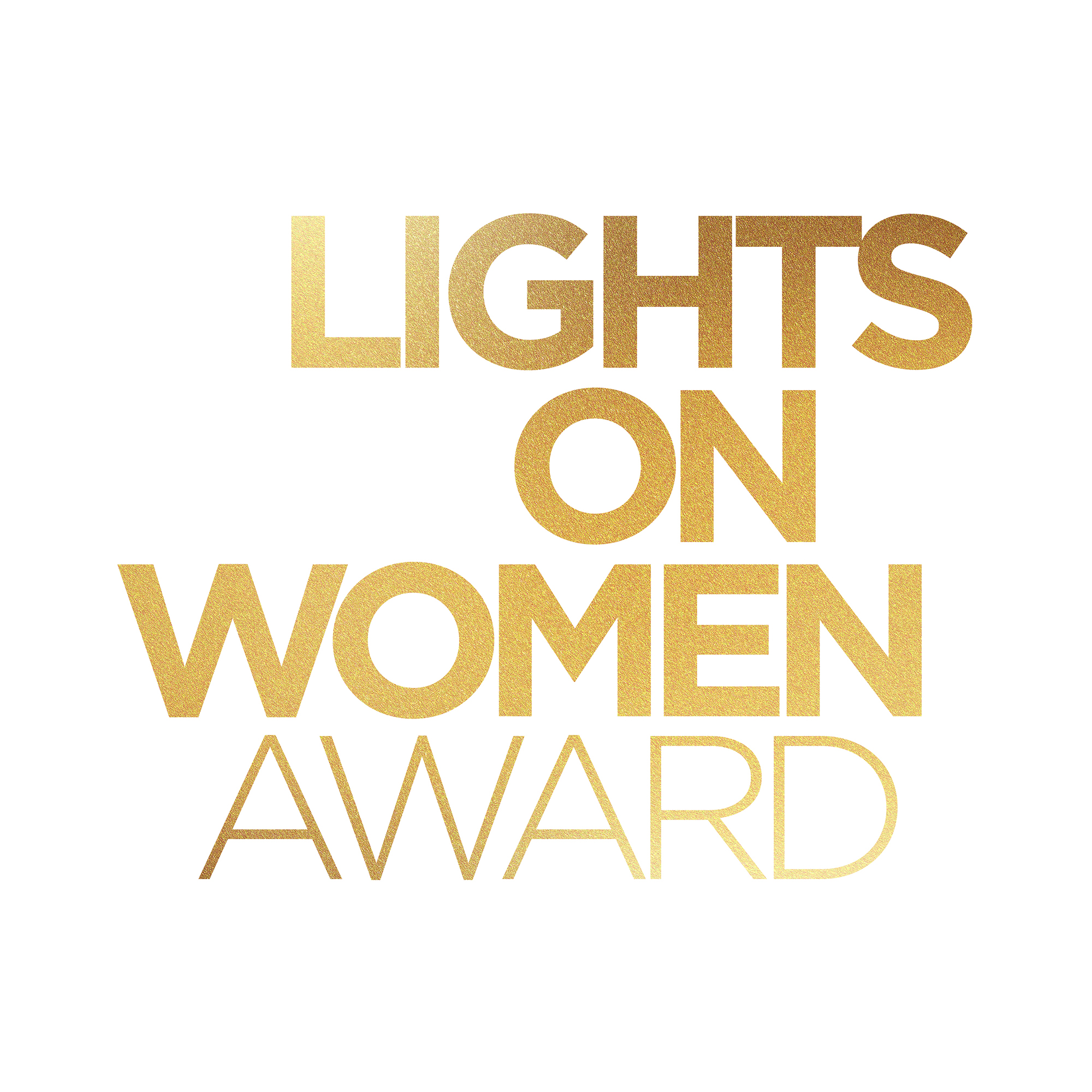