Geneva, 20 March 2018 – On the occasion of World Oral Health Day, FDI World Dental Federation asked parents around the world how they cared for their children’s oral health growing up and the responses suggest room for improvement. Maintaining a healthy mouth is crucial to keeping it functioning correctly and for maintaining general health and well-being.

A survey carried out in 10 countries found that only 13% of parents with children aged 18 and under took their child to the dentist before their first birthday – the recommended age for a first dental visit. Most parents first took their child to the dentist when they were between one and three years old (24%) or between four and six years old (22%), while 20% of parents reported never having taken their child for a dental check-up.

“It's worrying to learn that most children are not getting a dental check-up at the recommended age,” said Dr Kathryn Kell, FDI President. “Good oral health habits start early. Parents should visit the dentist after their child’s first tooth starts erupting as a preventive measure to avoid risk of developing early childhood caries. Oral diseases can impact every aspect of life and are associated with many general health conditions. This World Oral Health Day, we want people to make the connection between their oral health and general health and understand the impact that one has on the other. Knowing how to protect your mouth and body at all ages contributes to a better quality of life.”

FDI recommends practicing good oral care, avoiding risk factors such as an unhealthy diet – particularly one high in sugar, and having regular dental check-ups to protect oral health and general health at all ages. Parents should start cleaning their child’s teeth before bed time when the first tooth starts pushing through, supervise children’s toothbrushing twice a day with a small amount of fluoride toothpaste, and schedule regular dental check-ups starting no later than the first birthday. 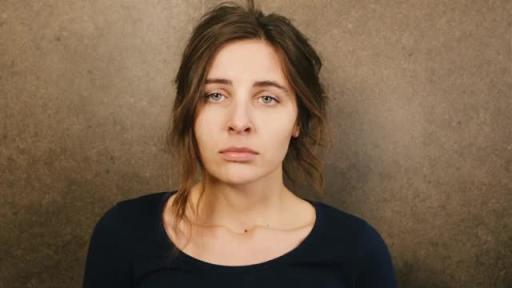 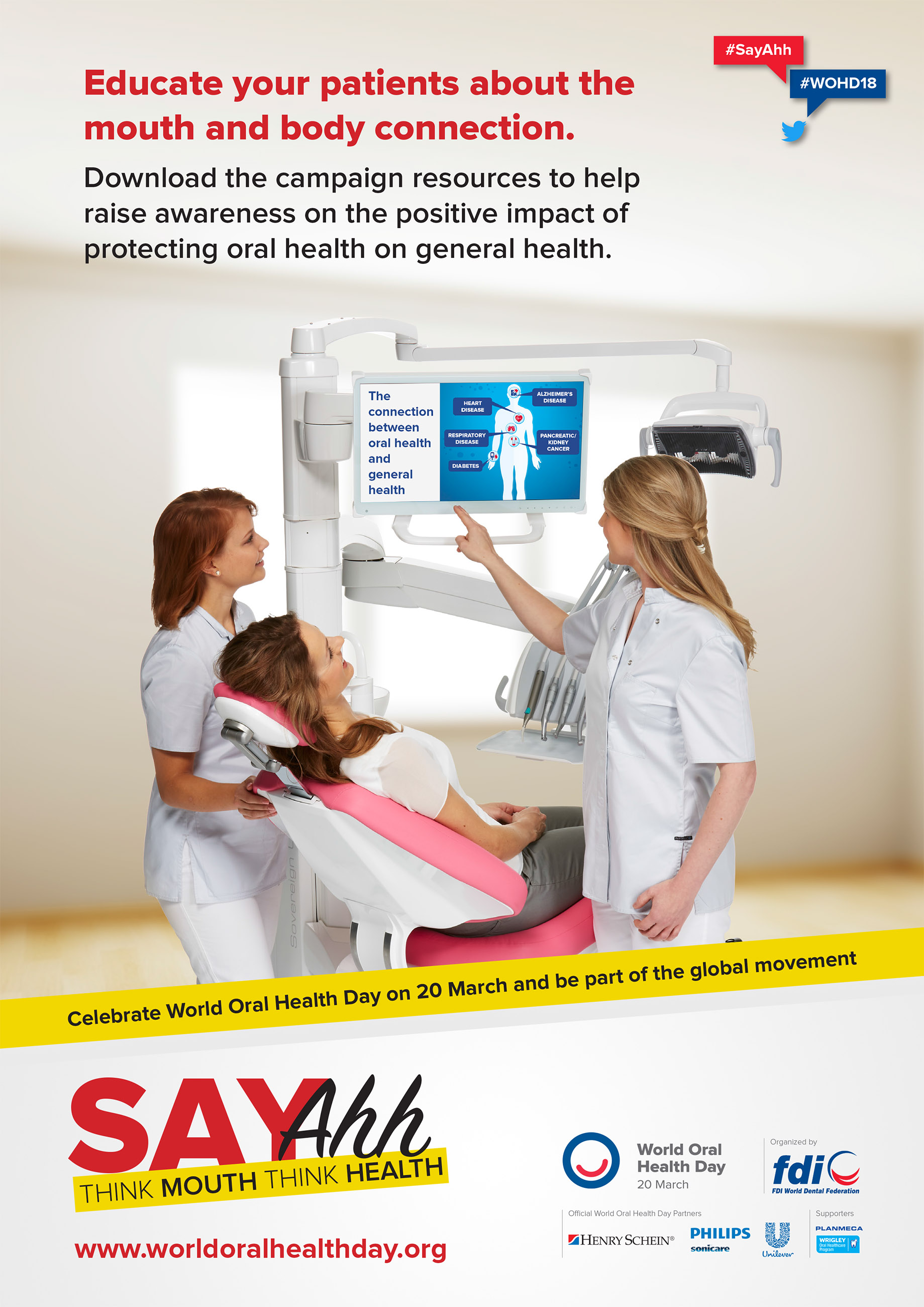 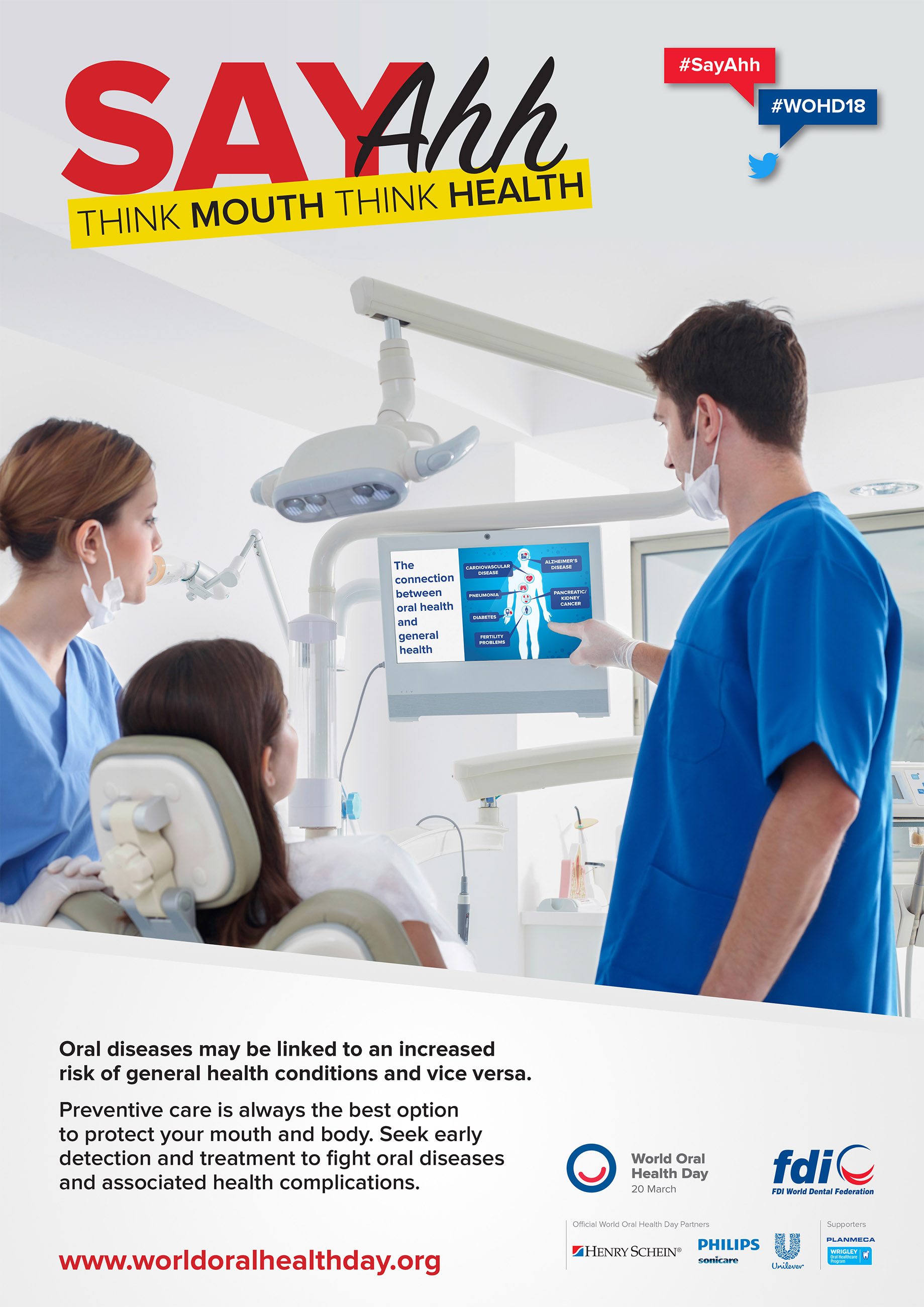 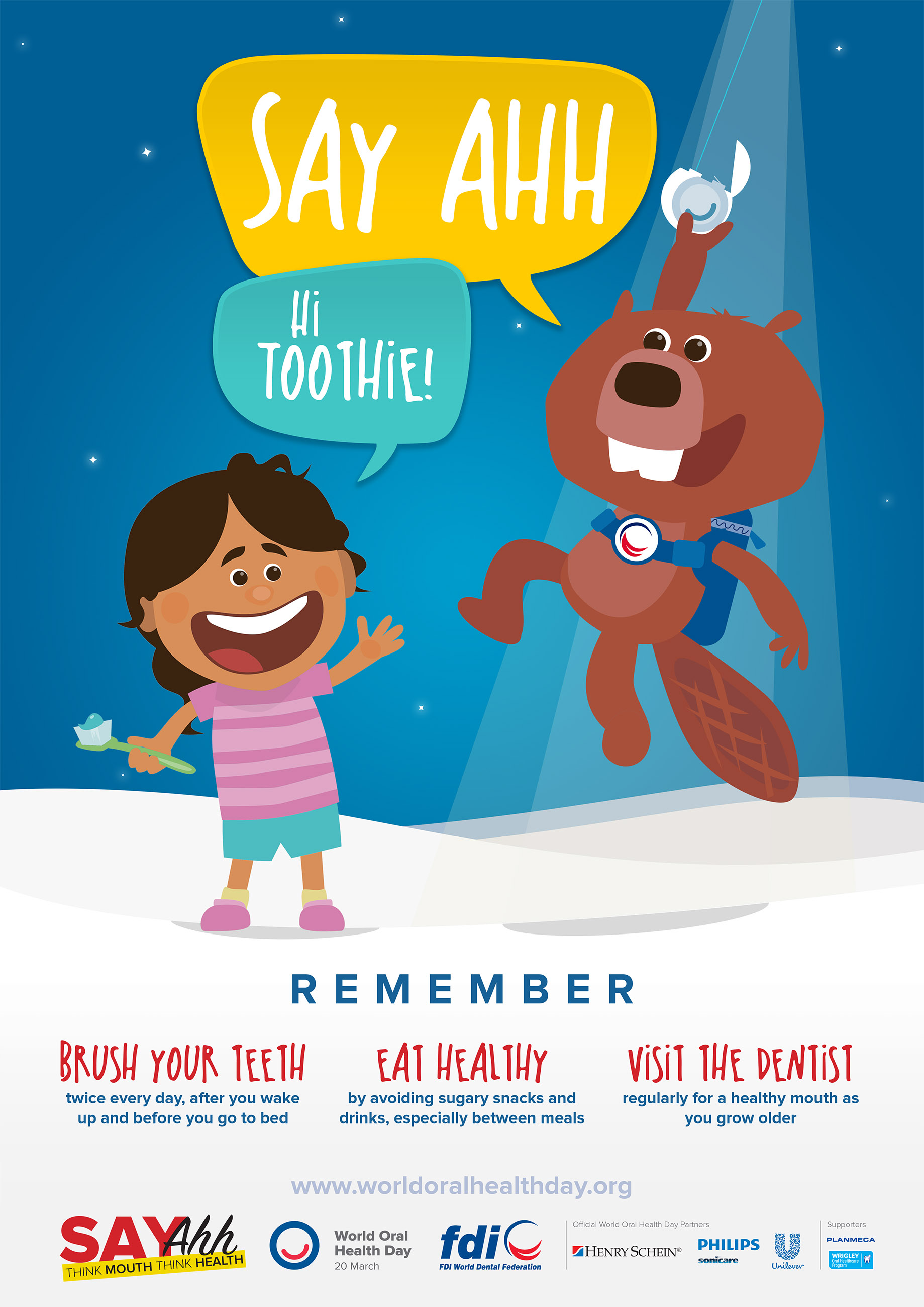 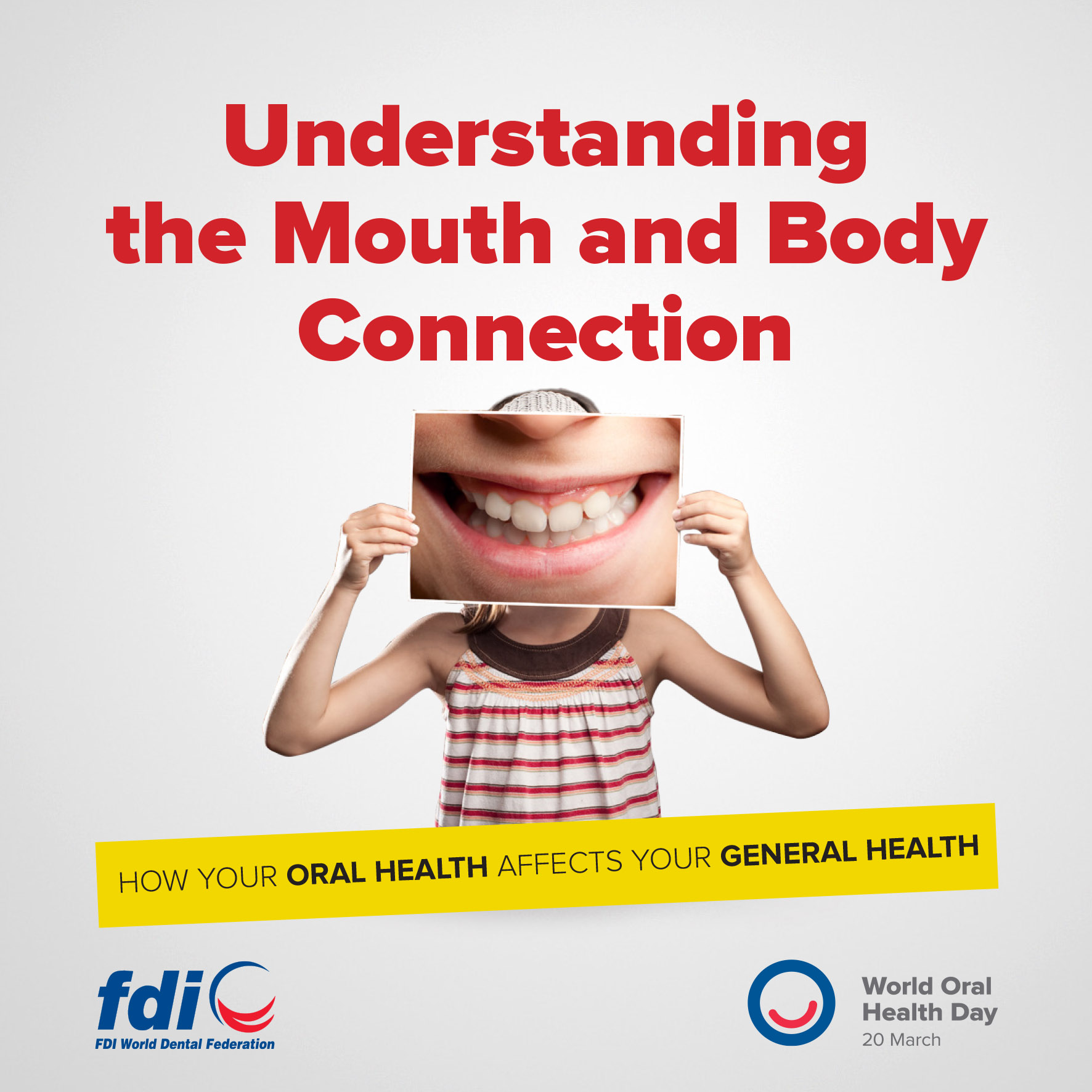