“Neurotrophic keratitis can be disabling, hard to treat, and many patients do not respond well to existing therapies,” said Reza Dana, Professor of Ophthalmology at Harvard Medical School, Director of the Cornea Service, Senior Scientist at the Massachusetts Eye and Ear, and Dompé medical advisor. “By directly promoting corneal healing, Oxervate has the potential to change the way neurotrophic keratitis is treated, and may eventually result in a new standard of care for patients with this rare condition.” 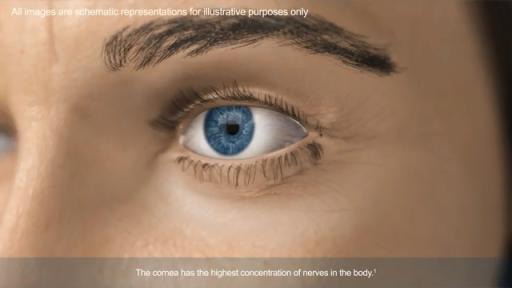 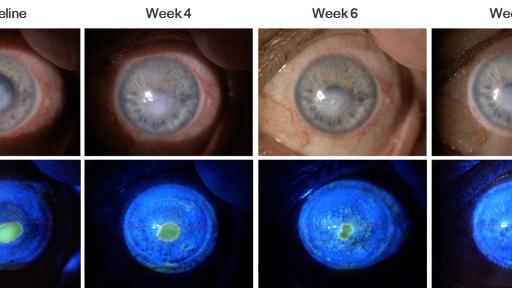 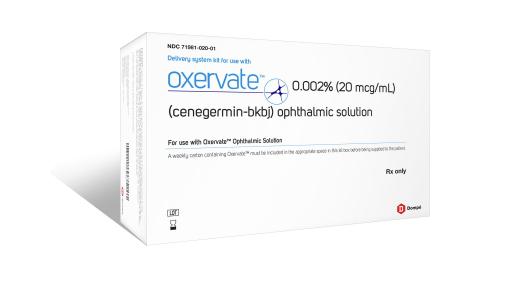 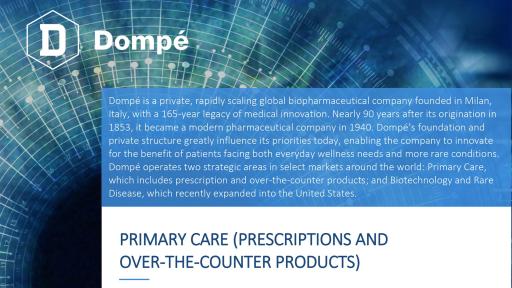 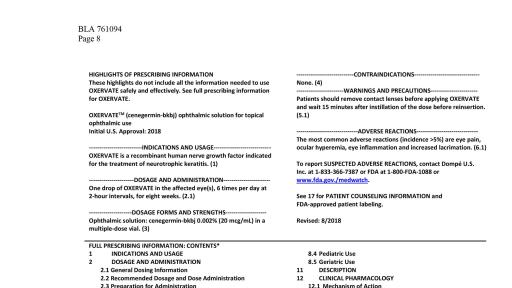 Neurotrophic keratitis is a rare orphan condition that affects fewer than 65,000 persons in the United States based on estimated disease prevalence.1 It results from impaired function of corneal nerves, which can be caused by herpetic or other infections, ocular surface injuries, ocular or neurologic surgeries, and some systemic conditions that can impair corneal sensation. If unchecked, the disease can progress in severity, leading to persistent epithelial defects, corneal ulcers, melting, perforation and vision loss. Until now, treatment options for neurotrophic keratitis were limited to symptomatic treatments, which do not target the underlying disease pathology. These include artificial tears, antibiotics, autologous serum-derived eye drops, tarsorrhaphy (a procedure in which the eyelids are partially sutured together) and botulinum-induced ptosis (closure of the eyelid). Other surgical interventions, designed to restore the integrity of the cornea, include conjunctival flap surgeries and corneal transplants, which are invasive and can compromise the appearance and function of the eye.1

Oxervate is based on cenegermin-bkbj, a novel recombinant human nerve growth factor (rhNGF) that is structurally identical to the nerve growth factor (NGF) protein that is made in the human body, including in the ocular tissues. The endogenous protein supports corneal integrity though several mechanisms.2 NGF acts directly on corneal epithelial cells to stimulate their growth and survival. In addition, NGF is known to bind receptors on lacrimal glands to promote tear production, which may provide the eye with lubrication and natural protection from pathogens and injury. The protein also has been shown experimentally to support corneal innervation, which is lost in neurotrophic keratitis.

The regenerative potential of NGF was discovered by Nobel-prize winning scientists, but its therapeutic potential was not realized in ophthalmology until Dompé’s research and development center in L’Aquila, Italy, created cenegermin-bkbj, a recombinant version of human NGF, through a unique development process. The company’s subsequent trials demonstrated the safety and effectiveness of cenegermin-bkbj for the treatment of neurotrophic keratitis. Oxervate represents the first-ever topical biologic medication approved in ophthalmology, and is the first ever application of a human NGF as drug or treatment.

“Oxervate represents the first therapy from Dompé that will be available in the United States,” said Sergio Dompé, Chairman of Dompé. “We are dedicated to delivering this important treatment to people living with neurotrophic keratitis and are grateful to the patients and physicians who participated in clinical trials and enabled this advancement.”

Oxervate is approved for use in adults and in children 2 years of age and older. Oxervate is taken over an eight-week period in which patients can easily self-administer the treatment at home. Investigated as a monotherapy, Oxervate offers patients a treatment option that could prevent the need for invasive procedures.

Oxervate (Cenegermin-bkbj Ophthalmic Solution) Safety and Efficacy Data
The efficacy and safety of Oxervate was established in two independent, double-masked, randomized, multi-center, controlled clinical trials.3,4 This program represents the largest combined population of patients with neurotrophic keratitis ever examined in randomized controlled trials. Both trials studied Oxervate monotherapy (20 mcg/mL) as compared to vehicle, a proxy for preservative-free artificial tears, among patients with moderate or severe neurotrophic keratitis. Study NGF0212 (REPARO, Latin for “repair”), which was conducted in Europe, randomized 52 patients to each group. After eight weeks, approximately 72 percent of patients in the treatment group were completely healed. Study NGF0214, conducted in the U.S., randomized 24 patients to each group, and 65.2 percent of treated patients were completely healed. In REPARO, the study with the longer follow-up, approximately 80 percent of patients who healed during the eight-week treatment period remained healed after one year.

Oxervate was well tolerated in clinical trials. Eye pain, which can be associated with regaining sensation that has been lost due to the disease, was the most frequent adverse reaction observed with Oxervate, and was reported in approximately 16 percent of patients. Other adverse events reported in more than five percent of patients included swelling (inflammation) of the eye, increase of tears (increased lacrimation) and ocular hyperemia. Findings from the REPARO trial program are published in the September 2018 issue of Ophthalmology, the journal of the American Academy of Ophthalmology. Topline data from the confirmatory NGF0214 study were presented at the 2017 Congress of the European Society of Ophthalmology, and trial results are in preparation for publication.

Availability and Access
Oxervate will be made available by Dompé in the United States by early 2019. Details regarding patient access will be announced prior to that time.

About Neurotrophic Keratitis
The cornea is the most densely innervated tissue in humans, with approximately 7,000 nerve endings per square millimeter. These nerves are unique in providing support to the cornea, which is crucial to help maintain transparency in this tissue that is normally devoid of blood vessels. In fact, corneal nerves help maintain ocular surface health by producing soluble factors called neurotrophins and facilitating sensory-dependent blinking and tearing reflexes.5

Neurotrophic keratitis, also known as neurotrophic keratopathy, is a rare disease that can be caused by damage to any level of the fifth cranial (trigeminal) nerve. Causes of impaired corneal sensation include herpetic or other infections, ocular or neurologic surgeries, physical injury to the ocular surface, and some systemic conditions that impair sensation. Neurotrophic keratitis can progress to corneal scarring and vision loss. Diagnosis, prognosis, and treatment are based on disease severity, which is classified broadly into three stages. Stage 1 (mild) exhibits ocular surface irregularity and reduced vision, stage 2 (moderate) exhibits a non-healing persistent epithelial defect (PED), and stage 3 (severe) exhibits corneal ulceration involving subepithelial (stromal) tissue, which may progress to corneal melting and perforation. Patients with the more advanced stages of neurotrophic keratitis are typically treated by cornea specialists.

More information on Oxervate can be found here in the full prescribing information on the product: https://www.multivu.com/players/English/8382351-dompe-oxervate-eye-drops-fda-approval/

Important Safety Information
The most common adverse reaction in clinical trials that occurred more frequently with Oxervate was eye pain (16% of patients). Other adverse reactions included corneal deposits, foreign body sensations in the eye, ocular hyperemia (enlarged blood vessels in the white of the eyes), swelling (inflammation) of the eye, and increase of tears (1-10% of patients).

About Dompé
Dompé is a private, rapidly scaling global biopharmaceutical company founded in Milan, Italy, with a 165-year legacy of medical innovation. Today, Dompé employs 700 employees worldwide and is growing in the United States, Spain, Germany and France. In the United States, the commercial operations hub is located in the San Francisco Bay Area and the company maintains an R&D presence in Boston.

Forward Looking Statements
This press release makes reference to certain information that may not coincide with expected future results. Dompé firmly believes in the soundness and reasonableness of the concepts expressed. However, some of the information is subject to a certain degree of indetermination in relation to its research and development activities and the necessary verifications to be performed by regulatory bodies. Therefore, as of today, Dompé cannot guarantee that the expected results will be consistent with the information provided above.

Get the latest news from Dompé
Powered by MultiVu, a Cision company.