Cairo, 25th October,2015/ PRNewswire/- The Egyptian Ministry of Antiquities is pleased to announce the launch of an egyptian – international Project using non-invasive and non-destructive surveying techniques for the scanning of Egyptian Pyramids under the title “ScanPyramids” project.

Just because a mystery is 4500 years old doesn’t mean it can’t be solved…” This could be the motto of the exceptional scientific mission launched October 25, 2015, under the authority of the Egyptian Ministry of Antiquities, initiated, designed and coordinated by the Faculty of Engineering of Cairo and the French HIP.Institute (Heritage, Innovation and Preservation). Radiographic muons, aka cosmic particles, infrared thermography, photogrammetry, scanner and 3D reconstruction: the most innovative technologies will be used by researchers of international renown and three major universities: the Faculty of Engineering of Cairo University, Université Laval of Quebec and Nagoya University of Japan. Their goal: to probe the heart of the largest pyramids of Egypt, without drilling the slightest opening.

Four millennia after their construction, these ancient giants are far from having yielded their secrets. The first mystery concerns their construction, especially Khufu, the last of the Seven Wonders of the Ancient World still existing: it is still impossible to describe with certainty how this stone monument, the largest ever built by humans, was erected.
The “ScanPyramids” project has already been approved by the permanent committee of the Ministry of Antiquities and has obtained all necessary permissions from concerned authorities. With a base of more than 5 hectares, its original height of almost 150 meters and a mass of 5 million tons, how was it possible to construct such a wonder in only 25 years?

Another mystery: the internal structure of the pyramids. When comparing the plans of different pyramids, we encounter inexplicable anomalies. Being the last home of the pharaohs in the Old Kingdom (2575 - 2134), they had to be inviolable. Builders have therefore multiplied tricks and obstacles to protect the remains of their sovereigns. Thus various explorations conducted in the past, with less sophisticated means than today, have caught strange images that could correspond to hidden chambers.

The scientific mission “Scan Pyramids” is an unprecedented, large-scale project and will begin early November. It will focus on four masterpieces of the Fourth Dynasty (2575-2465): on the site of Dahshur, about fifteen kilometers south of Saqqara, the mission will study the South pyramid, called the Bent, and the North pyramid, called the Red, both built by Snefru (2575 - 2551). On the Giza plateau at about twenty kilometers from Cairo, it will study the pyramids of Khufu and Khafre, built by the son and grand-son of Snefru.

Non-destructive high technologies will be implemented. Two infrared thermography missions will establish a thermal map of the pyramids to reveal differences in density: one brief conducted by the expert Jean-Claude Barré from LedLiquid, whereas the other, running for at least a year, will be led by Université Laval of Quebec. Their goal is to identify if there are any voids behind the faces of the pyramids. Two missions using muons radiography also aim to verify and accurately visualize the presence of unknown structures within the monuments. These techniques are being developed in Japan by the teams of KEK (High Energy Accelerator research Organization) and Nagoya University. “Many theories have been proposed, either explaining their construction or their structural anomalies, but we are physicists and engineers, not archaeologists”, insists Hany Helal, Professor and former Minister of Research and the higher education, head of mission for the Faculty of Engineering of Cairo. “Our goal is to use techniques to get concrete results. Then the Egyptologists will interpret them.”

In parallel to the exploration missions, the company Iconem will realize a photogrammetry campaign using drones and laser scanners, to rebuild the Giza plateau and the site of Dahshur with all their monuments in 3D, with a unique centimeter precision.

This campaign is entirely dedicated to the advancement of knowledge. Sharing and transfer are the key words. “Our desire is to form a team of international experts, says Mehdi Tayoubi, HIP.Institute president, then discuss and confront the theoretical and technological approaches to the archaeological ground reality.” The laboratory of the Japanese team, dedicated to the development and analysis of the images captured by muons radiography, has already been installed in Cairo. “In the longer term, given the archaeological wealth of Egypt, we imagine applying these techniques to other monuments, Hany Helal concludes. Either to restore or to discover them. If these technologies are effective, they can even be implemented in other countries.”

The mission should last at least until the end of 2016. Will the millennium mystery that intrigues archaeologists and Egyptology lovers then be solved?

“The key is to move forward by implementing new approaches, says Mehdi Tayoubi. Many previous missions have attempted to unravel the mysteries of the pyramids and even if they were unsuccessful, they were helping advance knowledge. For example that was the case 30 years ago, when EDF foundation detected a density anomaly in the form of a spiral in Khufu. Our goal is to make our contribution and to prepare, in humility, the path for future scientific research missions.”

The “ScanPyramids” project has already been approved by the permanent committee of the Ministry of Antiquities and has obtained all necessary permissions from concerned authorities.

HIP.Institute is a non-profit organization created in 2015, dedicated to the study, preservation and transmission of cultural heritage through the application of groundbreaking technologies. Its founders have worked for years to promote a better collaboration between innovative disciplines. First, Hany Helal, professor at the Faculty of Engineering of Cairo, former Minister for Research and Education, was one of the pioneers of collaboration between engineers and archaeologists in Egypt. He participated in micro gravimetric campaign done by the EDF Foundation in Khufu just 30 years ago, which revealed intriguing sub density images. Then, famous cartoonist François Schuiten, who inherited his father's passion for architecture, and worked on many set designs around urbanism. Finally, the president of the Institute Mehdi Tayoubi innovation strategy specialist led at Dassault Systèmes several projects around Egyptian patrimonial (3D reconstructions of the Giza plateau with Harvard University, the development of Djedi robot, with the University of Leeds, to explore Khufu’s corridors led by Zahi Hawass – egyptian archaeologist, and the simulation of a construction theory advanced by the French architect Jean-Pierre Houdin concerning an internal ramp).

HIP.Institute receives financial, technological and skills support from companies such as Dassault Systèmes, Schneider Electric, Parrot, NHK, which are sensitive to innovation and heritage. As a motto, the HIP.Institute has chosen a quote from the poet Aimé Césaire: "The shortest way towards the future is the one that starts by deepening the past." 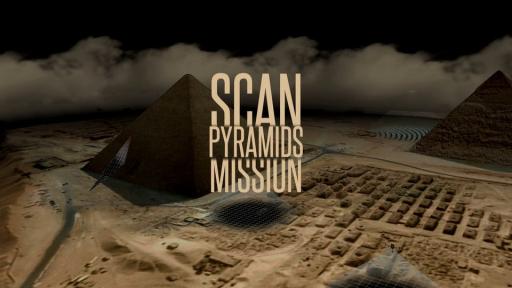