Every year 2.7 million fragility fractures occur across these six EU nations. This number is expected to increase by a further 23 per cent by 2030, with the associated cost impact escalating further, estimated to hit €47 billion in the same time period. The burden of fragility fractures exceeds those of many other chronic diseases such as chronic obstructive pulmonary disease [COPD], rheumatoid arthritis, and hypertension.

In addition to the cost burden, the physical and emotional impact must not be overlooked. Professor John Kanis, IOF Honorary President, explains: “In Europe, over 20 million people are affected by osteoporosis. Worldwide, fragility fractures affect one in three women and one in five men aged 50 or above. Fragility fractures can result in significant impairment, often making daily activities such as eating, dressing, washing or shopping difficult. For hip fracture sufferers, there is a 40 per cent chance that they will not be able to walk independently. The physical and psychological impact is huge.”

The report, “Broken bones, broken lives: A roadmap to solve the fragility fracture crisis in Europe”, provides evidence that despite the availability of effective preventative therapies and management approaches for fragility fractures, 73 per cent of women and 63 per cent of men over 50 years of age with osteoporosis do not receive adequate management or treatment. After a fragility fracture, patients are five times more likely to experience a second fracture within the next two years, yet still the majority of patients do not receive treatment that could prevent the next fracture.

The social and economic impacts of fragility fractures highlight the need and urgency to implement best in class models of care. Models such as Orthogeriatric Services and Fracture Liaison Services have shown to deliver improved patient outcomes and cost saving treatments in an effective manner, in countries such as Australia, Canada, New Zealand, Singapore, Sweden, UK and the United States.

With appropriate medical treatment, many fragility fractures can be avoided. Policy makers play a crucial role in funding diagnostic services and cost-effective interventions such as pharmacological treatment, falls prevention programs and coordinated care models, as well as enforcing necessary standards for healthcare professionals and institutions.

Professor Cyrus Cooper, IOF President, comments: “With the rising burden of fragility fractures imposing on healthcare systems across Europe, it is our ambition that these reports can support stakeholders in taking the necessary actions to cut associated costs and stop broken bones from breaking lives. As the economic stranglehold of fragility fractures tightens on healthcare systems, now is the time to take action and up-scale our response to this silent threat. We call on health authorities to accelerate this process by prioritising care standards and funding to support the effective management of fragility fractures, thus avoiding escalation of related costs.”

Alongside the European report, detailed country reports are available for France, Germany, Italy, Spain, Sweden, and the UK.

Cooper concludes: “At times of constraints on healthcare spending, we can no longer afford to ignore the prevention and management of fragility fractures.”

For more information about the reports, visit www.iofbonehealth.org/broken-bones-broken-lives

Notes to editors:
Osteoporosis is a condition where bones weaken at a faster rate than normal; making them fragile and more likely to break. Even the slightest bump or fall can result in a broken bone (known as a ‘fragility fracture’). After experiencing the first fracture, the likelihood of incurring another greatly increases. Worldwide, 1 in 3 women and 1 in 5 men over the age of 50 will fracture due to osteoporosis.

Alongside the referenced European report, detailed country reports are available for France, Germany, Italy, Spain, Sweden, and the UK. 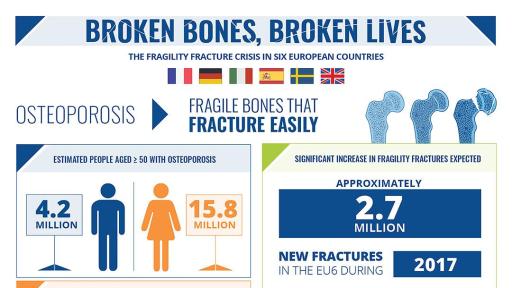 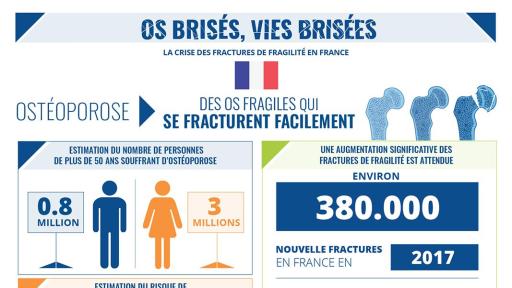 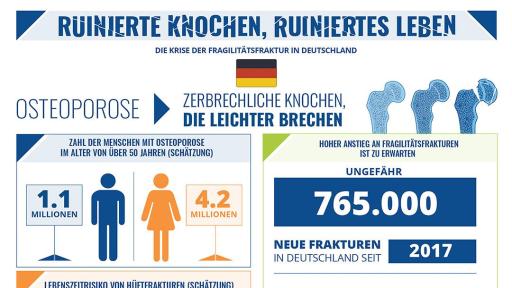 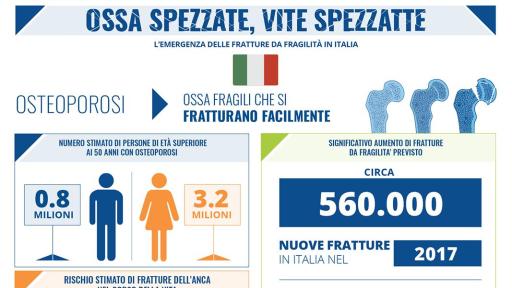 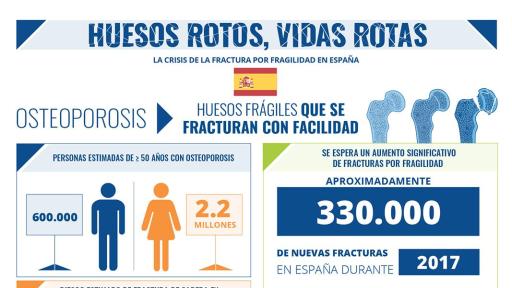 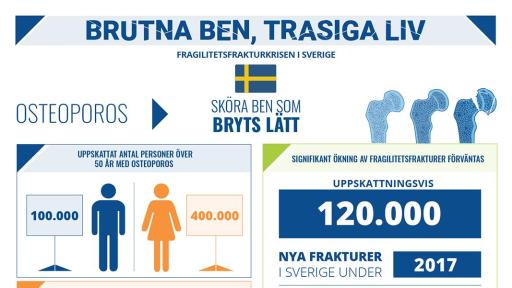 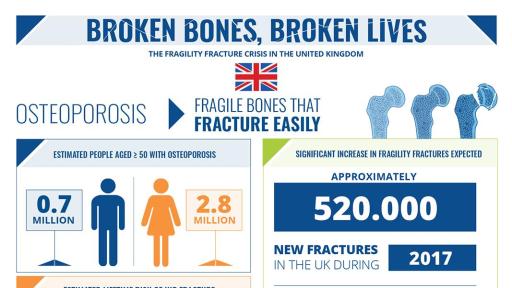