At the core of the Banfield Foundation, a 501(c)(3) nonprofit organization, is the belief that all pets deserve access to veterinary care. In support of this belief, the foundation funds programs that enable veterinary care, elevate the power of the human-animal bond, provide disaster relief for pets, and advance the science of veterinary medicine through fostering innovation and education. It also leverages the expertise and passion of Banfield Pet Hospital associates to care for pets in need. At the Banfield Foundation, we are committed to making a better world for pets because they make a better world for us.

Following Hurricane Harvey, Banfield Pet Hospital was inspired to conduct research to gain insight on pet owner disaster preparedness. At the conclusion of the study, a shocking statistic was discovered: 91% of pet owners were not prepared for the next natural disaster. Banfield Foundation, the charitable arm of Banfield Pet Hospital, sprang into action and created a pet disaster preparedness campaign to educate pet owners across the country.

Banfield Foundation partnered with Coyne PR to produce a Public Service Announcement (PSA), and MultiVu, a Cision Company, to distribute both the PSA, and a Multichannel News Release (MNR).

The 2017 hurricane season, which was Hurricanes Harvey, Irma and Maria, affected thousands of people. Additionally, thousands of pets were left behind or displaced. “Soon after, California was hit with wildfires,” said Danielle Paleafico, Senior Account Supervisor at Coyne PR. “It was just story after story about people making heartbreaking decisions when it came to leaving their pets behind.”

Statistics speak volumes, but it was important for the Banfield Foundation to create and deliver the right message that would not only educate their audience but encourage pet owners to take action.

“The fact that 91 percent of pet owners were not prepared for the next natural disaster really proved the need for education,” said Paleafico. “We needed to make owners everywhere implement an emergency plan for their pet.”

Banfield Foundation partnered with Coyne PR to create a two-phased approach campaign to maximize outreach and deliver their message to the right audience.

Following local outreach, Coyne proceeded to launch phase two of the campaign: produce a PSA and distribute both the PSA and an MNR with MultiVu nationally. 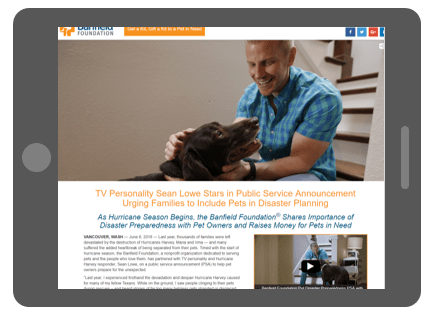 “We felt a PSA would impact our target audience, as well as drive the purchase, and donation of emergency pet kits,” said Paleafico. “A PSA is especially appropriate since it's for a charitable cause.”

After producing the PSA, Coyne partnered with MultiVu to distribute to a plethora of local and national radio and TV stations. MultiVu also crafted and distributed an MNR, including a branded landing page. “The MNR was really helpful in terms of placing all assets in one place; it was a succinct, well-designed package that really enhanced our outreach,” said Paleafico.

Between helping low-income areas, at-risk markets and unknowing pet owners, the campaign brought community change to an issue that not only saves pets lives but saves families from the emotional suffering of being separated from pets.

A Spark in Community Engagement: Community events sprung from the campaign including “Woof Shop” at the Children's Museum of Houston and multiple prep clinics at Houston animal shelters. 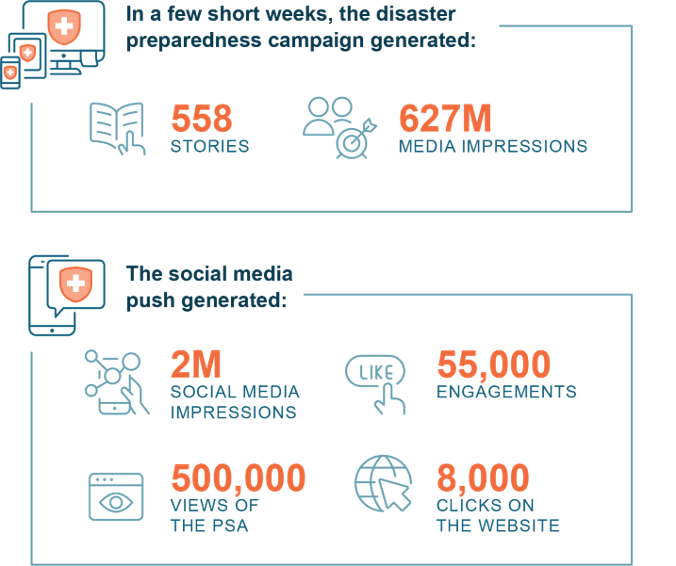 Customer Service That Builds Trust: “The Cision team was able to work with me and make sure the project was a success,” said Paleafico. “Everything went really smoothly, and the entire team was super flexible, always available for last minute changes or recommendations. The whole process of working with the Cision team was excellent from start to finish.”

Increased Awareness That Saves Lives: The campaign's overall reach, and impact on low income areas as well as unknowing pet owners, saved pets' lives across the country as well as prevented owners and families from emotional suffering.

Paleafico concluded, “The campaign was a massive success and achieved its most important goal: it provided families and individuals with pets much-needed peace of mind and the knowledge needed to keep calm through the storm.” 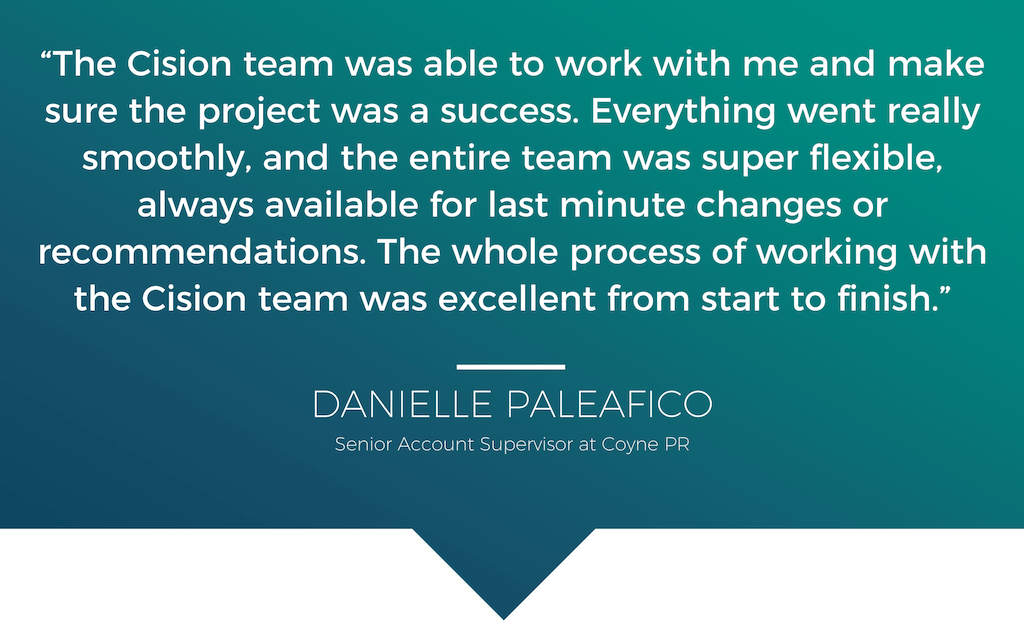