TOKYO, August 05, 2015/PR Newswire - Following the unveiling of the Lexus Hoverboard in June, the luxury automotive company is completing a full and final reveal of the project concluding a successful testing phase which took place in Cubelles, Barcelona.

Mark Templin, Executive Vice President at Lexus International said: “Embarking on this project, we set out to push the boundaries of technology, design and innovation to make the impossible possible. With this project we call ‘SLIDE’, we collaborated with partners who share our passion for creating enjoyment out of motion. Even through combining our technology and expertise, we discovered making a hoverboard isn’t an easy process. We’ve experienced the highs and lows and have overcome a few challenges, but through mutual determination we have created a demonstration of our philosophy in design and technology to create Amazing in Motion.”

The Lexus Hoverboard project began 18 months ago through a collaboration with a team of scientists from IFW Dresden and evico GmbH, who specialize in magnetic levitation technology. Following extensive testing with pro skateboarder and hoverboard test rider Ross McGouran, in Dresden, Germany, the team were determined to push the hoverboard to its limits and conduct further tests within dynamic surroundings.

"I've spent 20 years skateboarding, but without friction it feels like I've had to learn a whole new skill, particularly in the stance and balance in order to ride the hoverboard. It's a whole new experience,” said pro skateboarder and hoverboard test rider Ross McGouran.

Since the Lexus Hoverboard was unveiled in June, testing has been carried out in a specially constructed hoverpark, combining elements from skate culture with technology within its architecture. Up to 200 meters of magnetic track was transported to Barcelona from the Dresden facility to lay beneath the hoverpark surface in order to create the dynamic test, offering Lexus the opportunity to demonstrate tricks no skateboard could ever perform, like travelling across water. Lexus has captured the final ride footage and released it as a film led by award winning director Henry-Alex Rubin.

The Lexus Hoverboard technology features two “cryostats”—reservoirs in which superconducting material is kept at -197 degrees through immersion in liquid nitrogen. The board is then placed above a track that contains permanent magnets. Dr. Oliver de Haas, evico CEO, said: “The magnetic field from the track is effectively ‘frozen’ into the superconductors in the board, maintaining the distance between the board and the track—essentially keeping the board hovering. This force is strong enough to allow the rider to stand and even jump on the board.”

The Lexus Hoverboard film called “SLIDE” features the high performance GS F and is part of the fourth project in the Lexus “Amazing in Motion” campaign series that showcases creativity and innovation from the Lexus brand. 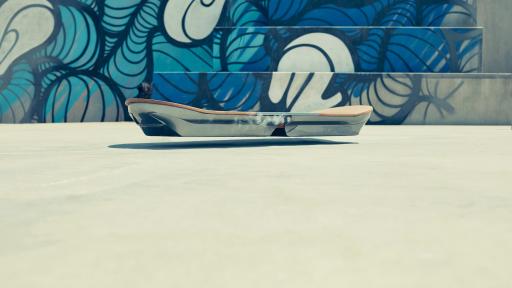 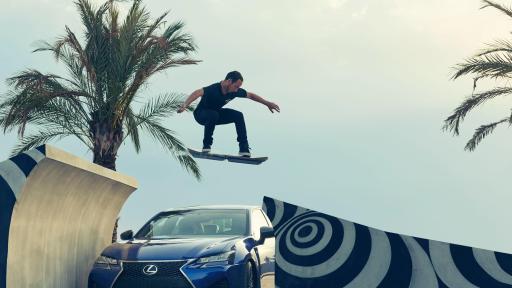 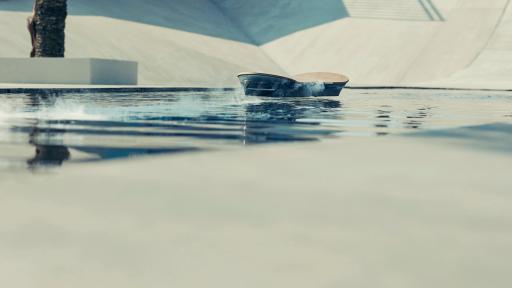 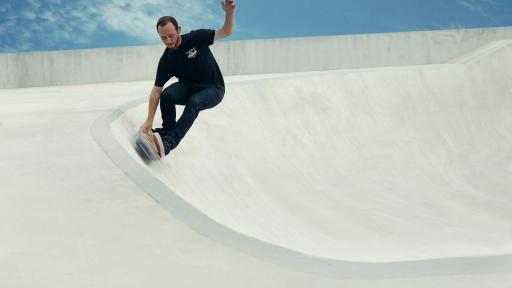 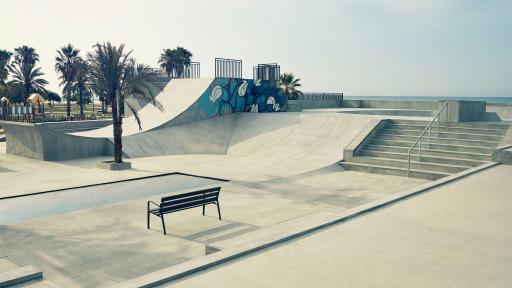 Notes to editors:
The Lexus Hoverboard remains a prototype and will not be on sale. Official hashtags: #LexusHover and   #AmazingInMotion.

About Amazing in Motion: “Amazing in Motion” is an inspiring set of global projects, created by Lexus International to showcase its imagination, innovation and design excellence.  It builds on the Lexus ambition to connect with the hearts, as well as the minds, of the consumer. SLIDE is the 4th in the series of the Amazing in Motion campaign. The previous campaigns can be viewed at: amazinginmotion.com

About evico GmbH: evico GmbH is an independent organization with affiliation to the Leibniz-Institute for Solid State and Materials Research Dresden (IFW), both based in Dresden, Germany. Evico develops superconducting magnetic bearings for industrial applications and transportation. IFW is a leading research institute in the field of material science that performs research from the fundamentals to applications.

About Ross McGouran: With his effortless style and huge bag of tricks, Ross has become one of the fastest and most engaging skaters around. Ross began skating 20 years ago on the concrete surfaces of his local skate park in the U.K. He came up quickly through the sponsored ranks due to his ability to skate anything—flying through every contest he entered. Ross is part of the Element Europe team. He is also a pro-rider for Vans Europe, travelling with them to countries such as Sri Lanka, China, New Zealand, Australia, and Spain.

Being sponsored by Vans & Element has given Ross a platform to showcase his talent, and magazines such as Sidewalk, The Berrics and Red Bull Skateboarding have been quick to seize on this; especially in the wake of the phenomenally successful “Hold it Down” video from 2013.

About Henry-Alex Rubin: Upon graduating from Columbia University’s film program, Henry-Alex Rubin dove into filmmaking and was mentored by director James Mangold. Since then, Henry has made documentary films and broken into the commercial world, winning various awards along the way.  Recently, Henry collaborated with Chiat Day and Gatorade on Derek Jeter’s goodbye spot celebrating Yankees fans, the city of New York and the end of Jeter’s baseball career. The spot received worldwide acclaim and was featured as Adweek’s Ad of the Day, gaining over 9 million hits on YouTube. At the Cannes Lions 2015, Henry came away with a number of Lions, including a Gold in Film for his Gatorade “Made In NY” spot. He also swept the decks with his Burger King, “Proud Whopper” spot, taking home a phenomenal 9 Lions, including 3 Gold, 3 Silver and 3 Bronze across the categories.