Video Specs for Noobs: format, size, bitrate and why it all matters

In the content jungle knowing the difference between a local broadcast video and a social video can be your key to survival. Formats, bitrates, window size, what does it all mean? In this post, we try to explain what your vendor is telling you when the say the dreaded words, “Broadcast Quality.” There are a few key terms to understand when exporting your video for distribution.

Generally, the film industry has standardized on 24 FPS across the globe, though there have been directors that have experimented with other frame rates for creative purposes, but that is the exception.

The Television industry has not standardized worldwide, so there are multiple frame rate standards depending on the country in which the video is being displayed. In North America, parts of South America and Japan, frame rates of 29.97 (30) FPS and 59.94 (60) FPS respectively are used, also known as NTSC. In most of Europe, and other countries, 25 FPS or 50 FPS are used, also known as PAL. There is yet another, lesser used standard called SECAM that a few countries like Russia, France and some African countries still use, that is also 25 FPS or 50 FPS.

Not having the same standard across the world does mean there are some issues when translating from one to another. It is easier to throw away the 5 frames of video when transcoding from NTSC to PAL (30 FPS down to 25 FPS), than it is to create frames that don't exist when transcoding from PAL to NTSC (25 FPS up to 30 FPS). Often specialized equipment is needed to help this go smoothly.

Online videos really have no set standards, and can range from a choppy 10-15 FPS all the way to 120 FPS or more. However, most online videos today are using the television standards of 30 or 25 FPS, with some of the more creative ones following the movie industry rate of 24 FPS to give it a more theatrical look.

All of this is not to be confused by what Television makers like Samsung, LG, Sony and others call a screen refresh rate, which you may have seen marketed as 60, 120 or even 240 refresh rates. This is for another topic. 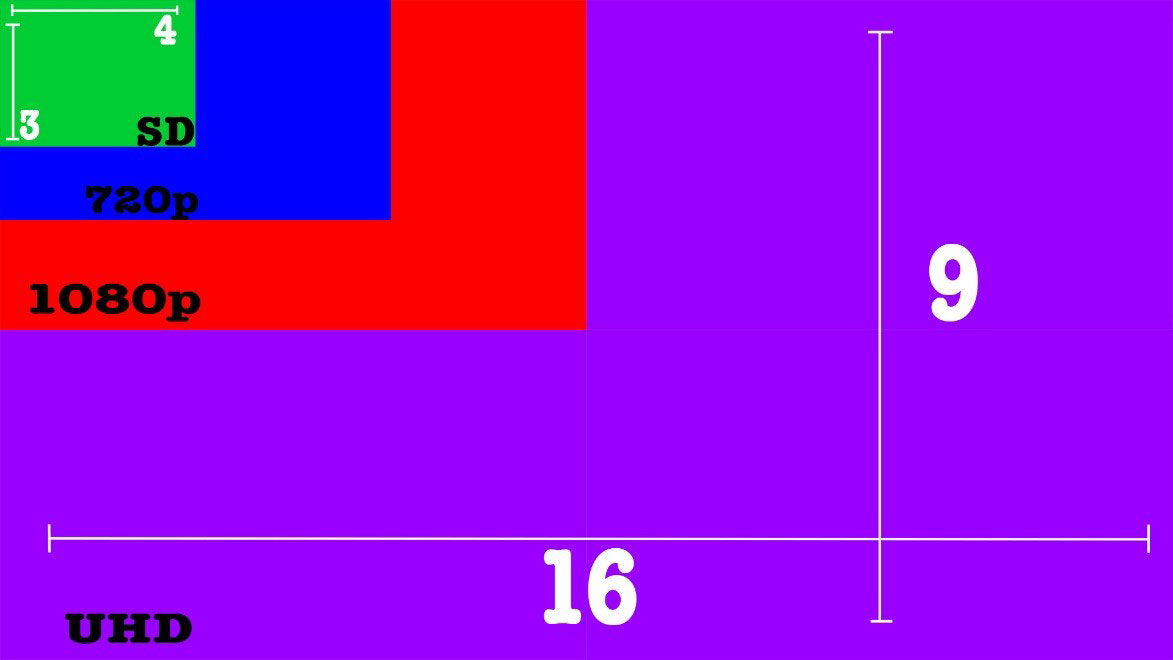 The size (width and height) and shape (ratio between width and height) of a video can vary widely depending on the intent, meaning the size and shape can change depending on where the creator intends it to be displayed. The intent could be a Television in someone's home, or via the Internet, or even something like a Jumbotron in Times Square.

Today, televisions throughout the world use the standard window sizes known as High Definition or HD. There are two different sizes recognized by that standard usually displayed as 1080p/1080i or 720p/720i. The window size for those are 1920 pixels wide x 1080 pixels high, or 1280 pixels wide x 720 pixels high, respectively. A pixel is the smallest dot on a screen that is made up of a red, green and blue light source.

Most videos uploaded to the Internet usually follow these same television standards. 720p was a transitional window size as we moved away from the old television standard from the 1950s, known as Standard Definition or SD, and is not used as often today.

Both of these window sizes have an aspect ratio of 16:9, spoken as 16 by 9. This is the ratio of width to height of the video image, or the shape of the rectangle you view. Sometimes this is called Widescreen, and was adopted to more closely mimic the movie theater experience for home viewers. Anecdotally, the original standard definition aspect ratio of 4:3 was adopted in the 1930s to mimic the movie theater experience of that era. When televisions became a more common household appliance, the theater industry moved away from the 4:3 aspect ratio to other wider formats in order to entice viewers to come back to the theaters.

A new emerging standard for televisions called 4k is coming fast. Many television makers are marketing these TVs as Ultra High Definition or UHD. They have screens that can display 4 times the resolution of 1080p HD. Currently the standard for television networks and local affiliate stations to broadcast Over-The-Air (OTA) is only HD and cannot support 4k at this time. However, with the proliferation of internet-based streaming platforms like Netflix, Amazon Prime Videos and Apples' iTunes Movies, you are able, or soon will be able, to watch their videos at that ultra-resolution.

A Codec (Compressor/DECompressor) -- not to be confused with Kodak (a film manufacturing company) -- is the mathematical formula or algorithm that is used to compress video into a formula or language that a computer video player or television can read and decompress to display the image on its screen.

There are literally hundreds of different types of codecs used to display videos that have been developed over the years. However, the most common one used today for video is called h.264, or sometimes also referred to as MP4, MPEG-4 and AVC. This mechanism to compress and decompress the video is supported by many different current devices including Apple iOS/Android phones, computer internet browsers, television streaming devices, DVRs and video and DSLR cameras.

There are other codecs that are used for higher quality results, however these are mostly used by video editors and require a lot more computing power, and are quite a bit larger in file size than their h.264 counterparts. Codecs like Apple's ProRes and Avid's DNxHD are used to edit raw footage. Once the video is edited using those codecs, they are often re-compressed down to h.264 for internet distribution and other devices.

Bitrates are the number of computer binary bits that are processed per a given time. Usually conveyed as Kbits/s (kilobits per second) or sometimes Mbits/s (1000 Kbits/s) per second for video. In more simplistic terms, all that tech speak determines the size of the video file, as does the length of the video and the codec used. 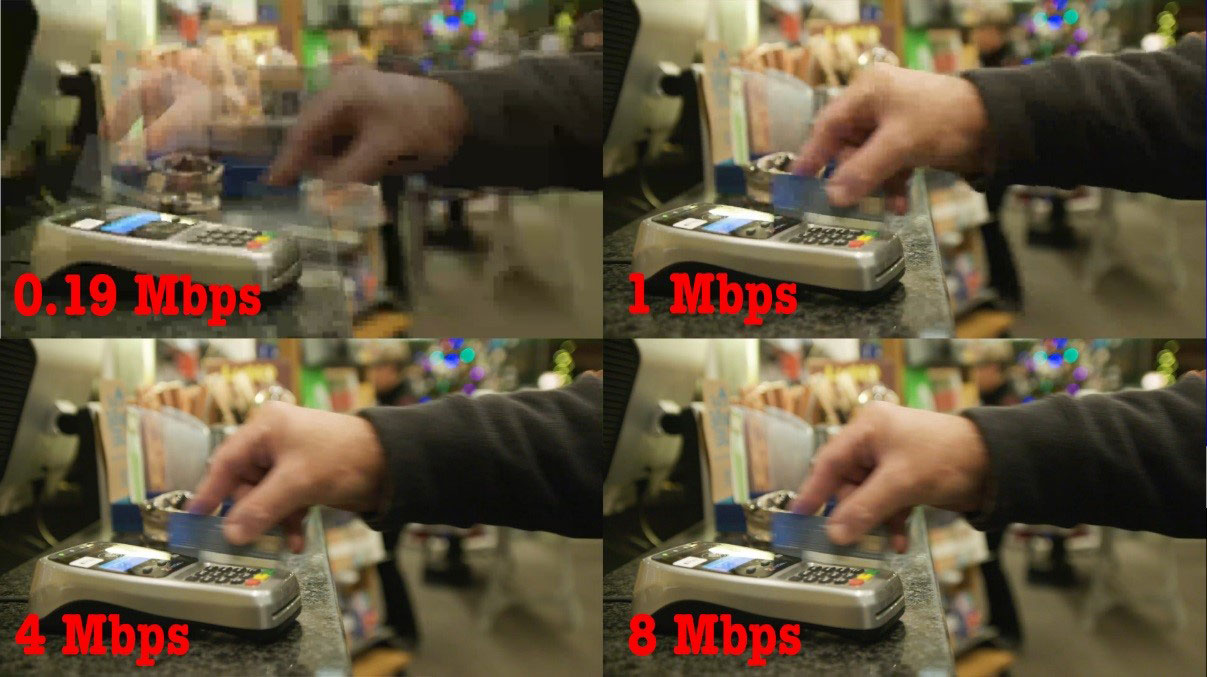 So, you may ask why not always give it a high bitrate?

Since the bitrate affects the size of the video file, sending that file across the internet affects how quickly it can be streamed or downloaded. If the file has a high bitrate set (for example 100 Mbit/s) a 30 second video could be around 600 Megabites (MB) in size. For the average U.S. home internet connection of 20 Mbps, a file of this size would take around 5 minutes to download or stream. In other words, it would take 5 minutes for a 30 second video to play. That doesn't translate into a good viewer experience and often means the video will stop and start again and again, often known as buffering. The higher the bitrate and the longer the video is, the larger the file will be and the longer it will take to download or stream. Reducing the bitrate will make the video file smaller and in turn, will make it faster to download or stream without the buffering.

There is a fine line when making sure the quality of the video remains acceptable, and the viewer of the video doesn't experience any hiccups when they watch. Below we give you our collective years of experience to recommended our preferred settings using some of the terms we outlined above. This helps us provide you with the best possible outcome when distributing your video through MultiVu.

ABOUT THE EXPERT: George Cook

With nearly a decade of experience in technology, George presides over the Vantage automation server so that it does not misbehave… too much. He holds a bachelor's degree in Communications (with a concentration in Film) from Fitchburg State University. In his free time, he goes to fresh fruit self-defense classes. 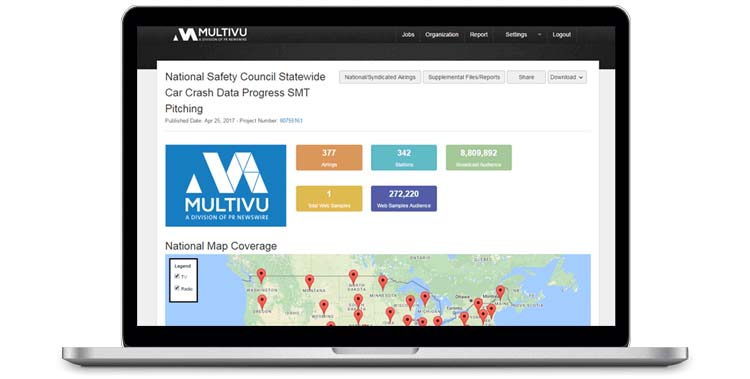 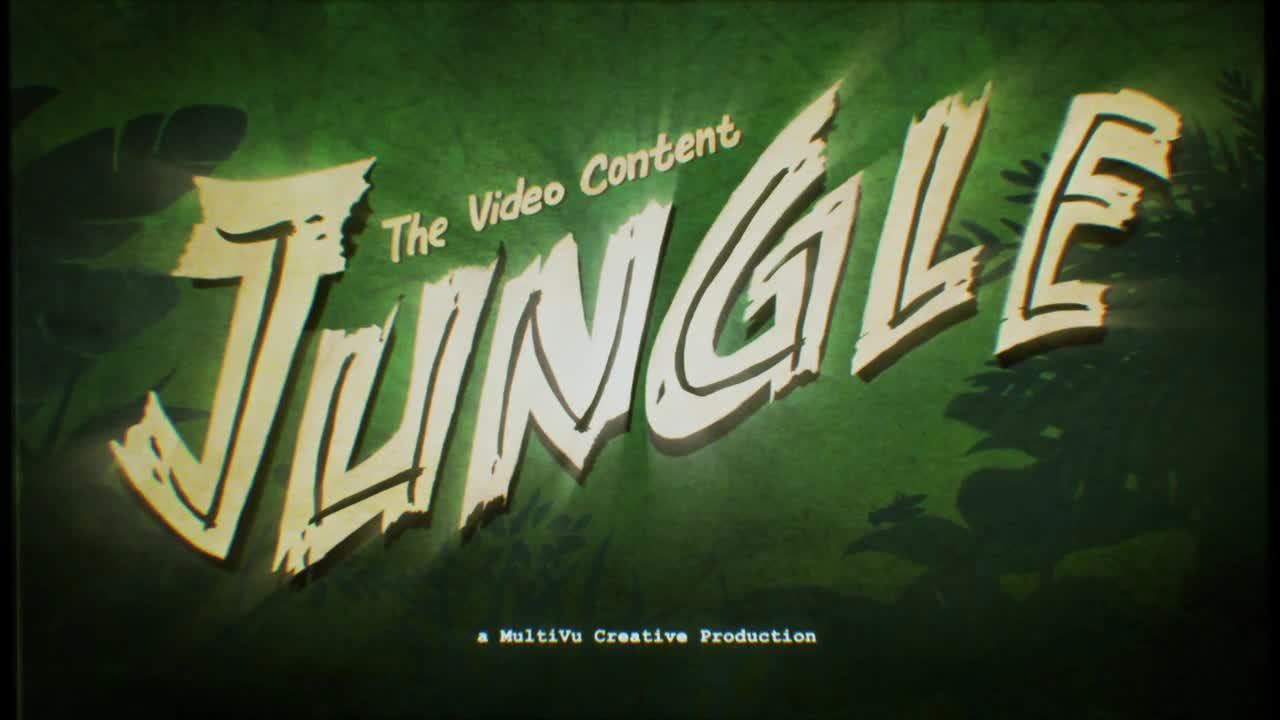 Healthcare and Creative: A Love Story

Co-Op Media Tours: How Brands Can Shine When They Share the Spotlight