Making a video – any video – successful, be it live action, animation or mixed media, can be summed up in one word: planning. Without proper planning you’re going to waste time and money…guaranteed. By following a few simple guidelines, though, you can ensure that your video will make your message stand out and shine. 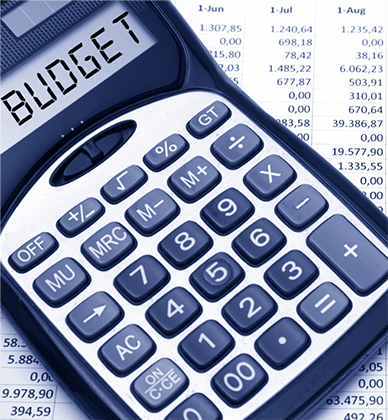 Start with the Right Production Partner

To avoid a potential money pit, the answer to “where to start” is simple: hire a reputable production team. They know the questions to ask and have the know-how to get your project completed on time – and on budget. Do it alone and you’re very likely to find yourself in unfamiliar territory where hubris won’t save you.

Okay so you’ve locked in your production company. Let’s now establish some critical assumptions about video and animation budgets. Every live action video budget needs to include:

Every animation budget needs to include:

Knowing what’s not automatically included in a production budget is just as important as knowing what is. Again, avoiding surprises is the goal here.

Any production might require these line items in your budget:

Be Clear on the Details – and Approvals

Now that you know what’s included – and what’s not included – in your production budget, the rest is all down to the details. You have to be able to walk into your production day with utter clarity into what you’re capturing. And to that end, it’s critical that everyone on the team signs off on the script before a single frame is shot. Having to go back later could result in costly fixes or completely missed opportunities.

So what can you accomplish on a shoot beyond the script itself? Well, there may be opportunities throughout the day that lend themselves to quick and easy add-ons that no one will fault you for because you’re organized, competent, kind – and you’ve given everyone something to eat.

There you have it. Maximizing a production budget is all about careful planning. And when done well, you’ll avoid kicking yourself during the edit wishing you had gotten that one shot or soundbite for the company’s Twitter account. With enough planning on your part, your message will shine, and you’ll get the glory – because you’ve earned it!

ABOUT THE EXPERT: LARRY CARDARELLI

Larry Cardarelli is the Vice President of MultiVu, a Cision company, in Production and Creative departments. Larry started in business news writing and producing for Lou Dobbs on CNN. He also freelanced for the BBC, Fox, and ABC News, and several independent production companies. In 2004 Larry joined MultiVu as a producer. He was promoted to Senior Producer in 2007, and Executive Producer in 2012. As Executive Producer, Larry led the development of a creative team as the industry was changing from broadcast-centric production to content creation. In 2013, under his leadership, his team brought in more than $600k in new creative production revenue and $2M in 2014. Larry was named Vice President in 2015 and continues the development of the creative department within MultiVu.

Larry’s avocation is food and wine. He worked in several New York City restaurants including the former New York Times 3-star restaurant, March; he has written for Food Arts magazine; and he attended the certificate program in Restaurant Management at The French Culinary Institute in conjunction with Cornell School of Hotel Management. Larry is a James Beard nominated TV food producer.

Beyond Broadcast: Extending the Reach of Your Media Tour & Maximizing Result
Which MultiVu solution is right for you?   Take the Quiz!